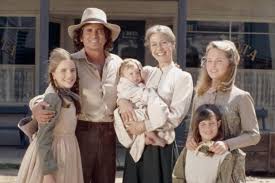 ‘Little House on the Prairie’ and changing demographics

Walnut Grove, Minnesota – One of the most difficult things as a foreigner grappling to understand this year’s presidential campaign is trying to understand the reasons why Donald Trump’s message resonates so strongly with so many.

In a visit to the tiny southeastern Minnesotan town of Walnut Grove, an encounter with the ‘Little House on the Prairie’ mythology offered some clues. This sleepy town was where Laura Ingalls Wilder’s family came when she was a young girl, and is the setting for the third book in her much-celebrated series, On the Banks of Plum Creek, first published in 1937.

The books described life in the Midwest in the late 1800s, as American Indians were replaced by white settlers like the Wilders, seeking a more rural setting – and cheaper land – than the east coast offered. To visit the Laura Ingalls Wilder Museum is to enter a universe of nostalgia for a bygone world. One of small, hardworking and isolated communities, where women dressed in aprons and wore bonnets. A world in which local businessmen could earn a decent living running the corner store, and where small farms were the rule, rather than the exception. The Ingalls lived in a sod house when they first came to Walnut Grove in 1874 (there’s a similar sod house at the museum today), and were among the first handful of white settlers to arrive in the area.

Kitschness aside, the “Little House on the Prairie” books had a strongly political message too. They were written in the 1930s, in the height of the Great Depression. Wilders was an early advocate of libertarianism, and a feisty critic of President Franklin Roosevelt. She despised the New Deal economic reforms, which she saw as “creeping socialism”. The books romanticised the difficult, but ultimately satisfying, staunchly individualistic settler life – no support from government, but also no taxation. Wilder’s daughter, the journalist Rose Wilder Lane, has been described as one of the “the founding mothers” of Libertarianism, along with Ayn Rand, and Isabel Paterson.

This was repacked into the hit TV series of the 1970s and 1980s. Some commentators credit the TV show with helping fuel the rise of Ronald Reagan, the first contemporary Republican presidential candidate to mix free market economics with an appeal to social conservatism. Others say the show was simply a reflection, rather than a cause, of what was already a growing movement. Indeed, it was Reagan’s favourite show. The Tea Party movement is also rooted in this tradition. And Sarah Palin cited it as her favourite book, in a 2008 interview.

The state of Minnesota is one of the most reliably blue states in the country, even if current polls show Hillary Clinton is unlikely to win with the same wide margins as other recent Democratic candidates (Bernie Sanders won the party caucus here with a wide margin). The last time Minnesotans voted for a Republican president was in 1972, when Richard Nixon won his landslide victory.

Walnut Grove, however, is overwhelmingly Republican. Nearly 60 percent of its inhabitants are members of the GOP. A sign on the outskirts of the town reads “What about him? Say no to abortion.”

Beyond the museum walls and the pages of Wilder’s books, the real life town of Walnut Grove today bears little resemblance to the ideal of a bygone era. Like many small American towns, it had been in decline since the early 1980s, as its population moved to bigger cities seeking more opportunities in the changing economy. A shirt manufacturing company and a glove maker closed several years ago, moving their operations overseas. Family-run businesses have given way to chain stores.

Up until the late 1990s, it remained 98% white, but by 2000, the population dropped to under 600 people. That’s when its demographics began a sudden shift. Between 2001 and 2006, some 250 Hmong immigrants moved here. The influx brought population numbers up to nearly 900, but not all the locals are happy about the demographic revolution. There have been cases of recent Hmong arrivals receiving anonymous letters, telling them to leave town.

Yet many of the Hmong came for similar reasons as the earlier wave of European settlers – seeking a quiet, rural lifestyle. At least some have said they were drawn to Walnut Grove by the “Little House on the Prairie” TV show.

A mural in the middle of the town attempts to show this by illustrating similarities between early Minnesotan settlers, and traditional Southeast Asian farming.

Ever since the Nixon campaign pursued the “Southern strategy,” appealing to conservative white voters feeling disconcerted by civil rights gains made by African-Americans, the Republican Party has courted this one demographic group, to the exclusion of others. The demographics game has become one of the defining features of American politics, with both parties subtly targeting various demographic groups. Where George W Bush and Mitt Romney treaded more lightly, in a bid not to alienate non-white conservatives, Trump has revived this tradition of appealing to white angst with a vengeance.

This puts Republicans on a dangerous path, as the vision of America they court is increasingly one that exist only on the pages of books like “Little House On the Prairie”. It ignores all the more recent waves of immigrants.

Keith Downey, chairman of the Minnesotan Republicans, says that Trump has done the Republicans a favour by making the party “a bit more populist”. He rejects the assertion that his party is painting itself into a demographic corner by not distancing itself from Trump’s rhetoric. He said that it is important to talk about issues like the longterm unemployed, and that Trump is showing that the Republicans can speak “to the little guy”.

“It’s appealing to people’s higher principles, of being American,” he says, adding that he is seeing new interest in the party from people from diverse communities.

Ken Martin, chairman of the Minnesotan Democrats, however, says that Trump is throwing the Republicans back to 1930s-style isolationism.

“He engages in this xenophobia that we’ve never seen before,” Martin says.

What would Laura Ingalls Wilder have thought of all this? If the series author was alive today, would she be a Trump supporter? After all, her daughter Rose Wilder Lane sounds distinctly Trump-esque when, shortly after Roosevelt was elected, she wrote in her diary that “America has a dictator.” (According to The New Yorker, she also prayed for his assassination).

Her writing has been criticised too for portraying American Indians as threatening, and for even justifying their killings: “The only good Indian was a dead Indian,” several of her characters say.  Like her real life family, Wilder’s characters are competing with American Indians for land. The settlement of southwestern Minnesotan towns like Walnut Grove in the 1870s were preceded by the military defeat of the Dakota and Sioux tribes a few years earlier.

Would Wilder have given in to the easy racism of Trump, or would she have taken a wider view and recognised the grit and courage of the latest waves of immigrants providing new energy to rural communities? It’s a balancing act that could well determine the political future of the Republican Party as a whole.