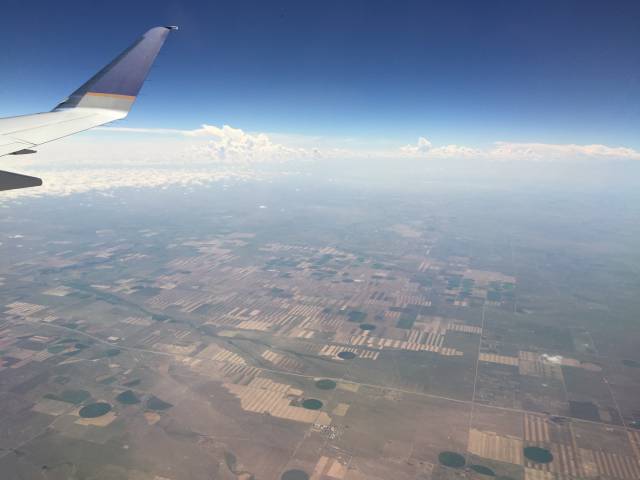 I SMELT an odd business, operating on Cleveland Street, Minneapolis, before I saw it.

As I walked a block north of the University of St Thomas, my nostrils filled with thick tobacco smoke.

It came from a pipe hanging out the mouth of a man who stood in the doorway of a brown brick and timber single-storey house on a corner block, facing an overcast Minnesota summer’s morning.

The stars and stripes hung rather flaccidly from a pole by his left shoulder.

Affixed to the open door was a small black sign with white writing, which read: “Aire Plan International Inc.”.

It has, according to its simple but informative website, been exporting American products since 1969. That was about eight years later than the World Press Institute started importing journalists.

I continued on my way, not wanting to interrupt the man’s morning routine (and not really wanting to interrupt mine: a $2 happy hour double espresso at Kopplin’s inhaled while I talk to my wife using their wifi. There’s few worse things than being Melburnian and caffeine-destitute in America, so you don’t tinker with a proven coffee routine).

But I couldn’t help but wonder about Aire Plan International.

There was a lot of the American dream rolled into that pipe: entrepreneurship; home ownership; living in a country that made things, and supporting that ingenuity; flying the flag and smoking a pipe at 7.15am and looking out on a tidy and safe city as proudly as if it was a backyard you curated yourself.

If the tobacco smoke wafted less than a mile west, it would hit the Mississippi River, a central marker in the formation of America, for its links to industry and travel and literature.

If it wafted south, it would have crossed Summit Avenue, a truly magnificent boulevard testament to the pigheaded ambition of timber barons who conquered the country, got rich, and built whopping great mansions to prove it.

At the eastern end of Summit Avenue is the New York-style brownstone where F. Scott Fitzgerald wrote This Side of Paradise, his first novel. The New York Times contended that in characters such as Amory Blaine, from This Side of Paradise, and Nick Carraway from The Great Gatsby, Fitzgerald touched on his experiences living as a less wealthy neighbour to the well-heeled.

I’m sure someone has compared another of Fitzgerald’s characters, Jay Gatsby, to Donald Trump. Trump has been compared to almost everyone, fictional or otherwise, in the desperate bid to understand him.

No doubt, in the millions of words written or spoken about him in the 493 days of saturated coverage since he officially announced his run for president on June 16, 2015, someone has opined about the shared braggadocio, the too-big-for-New York-ness, and the seeming inevitability of a fateful end which Trump and Gatsby have in common (if they haven’t before, they have now!). 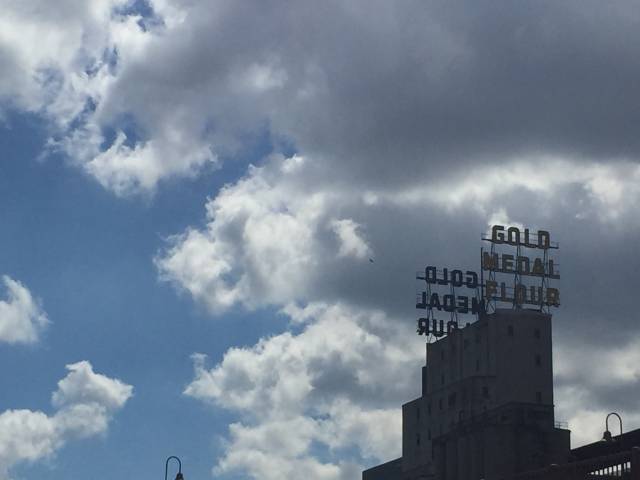 Trump, and his opponent, Hillary Clinton, rely precisely on the Americanness of Aire Plan International, the Mississippi, Summit Avenue, Fitzgerald, et al for their campaigns; it underpins – in very different ways – their vision for the future.

These ideals must be exploited to perform the first of two steps which Senator Edward M. Kennedy described as the essence of politics: framing the challenge, and articulating the response.

Trump says America is on the brink of extinction, and refers to the economic and cultural norms which have been vanquished to frame that challenge. Clinton does similarly to frame the various challenges in education, health, and the economy that underpin her platform, even if she does so in a less apocalyptic and bombastic fashion.

In Minnesota, it seems the latter message is likely to prevail, despite an intriguing historical significance.

It has been a blue state since 1932, with one exception: Minnesota backed Richard Nixon – who has been oft-compared to Trump, described as his inspiration, and even viewed as the inspiration for Trump’s performance at the Republican convention – in his 1972 landslide victory.

On Thursday, two days after wandering passed Aire Plan International, I see that not all is lost for the Donald in Minnesota.

Brake lights flicker on the 394, not far west of Minneapolis, as I drive towards a house on Lake Minnewashta.

Trump placards have been attached to a highway overpass, and at least four supporters are jumping up and down and waving similar signs: Make America Great Again, etc.

The traffic appears to be slowing to witness this phenomenon, and I was equally intrigued.

But that’s not the least of it: on August 19 – the following day – Trump himself will be in town, for a fundraiser. In attendance will be Minnesota broadcasting magnate Stanley Hubbard and other prominent local Republicans, who will not be told the location for the Trump Victory Fund event until they RSVP, according to the Star Tribune.

As it happens, the WPI fellows will tour Mr Hubbard’s network on the same day as the fundraiser.

On the day the placard wavers took to the skies, Trump was acknowledged as having performed solidly.

He pivoted significantly from his position as an unashamed streetfighter to issue somewhat of a mea culpa.

“Sometimes, in the heat of debate and speaking on a multitude of issues, you don’t choose the right words or you say the wrong thing. I have done that. And believe it or not, I regret it,” he said. “And I do regret it, particularly where it may have caused personal pain. Too much is at stake for us to be consumed with these issues.

“But one thing I can promise you is this: I will always tell you the truth.”

It is unclear which of the roughly 18291 things Trump has said which someone could have been personally pained by he is referring to.

And, earlier that morning, as if to accentuate the significance of the speech to come by making a comment using anything other than “the right words”, he tweeted: “They will soon be calling me MR BREXIT!”.

Despite the undertones of nationalism and anti-immigration that festered within that movement and, his critics say, some of Trump’s own policies, he was, it appears, referring to the polls: they showed Brexit would fail in the UK, just as they show he will fail in the US election.

Clinton’s only personal tweet on Thursday (she rarely tweets herself, unlike Trump, though campaigners tweet regularly from her account) was about the Department of Justice moving to close private prisons, which she called “the right step forward”.

A Justice Department inspector general report released last week found that assaults were more common and cell phones were found eight times more frequently in the private, as opposed to the public, system.

In Mississippi in 2012, during a riot at a private prison caused by 250 inmates who were upset about poor food and medical care, a correctional officer was killed and 20 people were injured, the report found.

“The findings simply don’t match up to the numerous independent studies that show our facilities to be equal or better with regard to safety and quality, or the excellent feedback we get from our partners at all levels of government,” spokesman Jonathan Burns said, adding that the report had “significant flaws”.

Aire Plan International started before private prisons, and could be around long after them too.

Perhaps it will be part of what Trump described, in his Thursday speech, as the New American Future: a future which, although Trump didn’t say it, could mean moving away from the jingoistic ideals about America which that very business, in some ways, embodies.

I have an idea how the business can make it, that maybe I will share next time tobacco hits my nostrils as I walk up Cleveland.

If Aire Plan International wants to stick around for another 47 years, it really should start exporting some American-made weirdness.

Nino Bucci is an Australian journalist who works for Fairfax Media. His work is published by The Age and The Sydney Morning Herald. He tweets @ninobucci