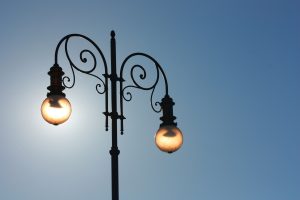 My father told me it was always exciting to receive a parcel from the distant United States of America, a place that he and his working-class parents in the 1950s and 1960s could only dream of from the vibrant-but-humble boroughs of Kallio, Helsinki, capital of Finland. Among the Finns who left their home country in search of a better life was my great-great-uncle Evert Tuomola. He left Finland in the 1920s and ended up working in mining and forestry in the Minnesota port city of Duluth. And what did Evert send overseas to his relatives back home? The Industrialisti, a Duluth news magazine for Finnish immigrant workers, written in Finnish!

For me, the city of Duluth was an exciting place where my great-great-uncle had the courage to live by himself, far away from his family. Little did I know the city has a dark history with racial violence. Until last week, I was under the impression racial violence had been a problem mainly in the Southern states. Evert was Caucasian and blond, so his experience of life in Duluth was far from that of Black Americans. I am not sure if my great-great-uncle was in town already in June 1920 when a white couple falsely accused seven black men of raping the wife. A mob lynched three of them, Elias Clayton, Elmer Jackson, and Isaac McGhie, were lynched by a mob. They hanged these innocent men from a lamppost on a city street in front of 10,000 spectators.

As Chief Judge John R. Tunheim writes in “The Duluth Lynchings” publication (2020) marking the 100-year anniversary of the event, “thirty-seven white men were indicted, some for rioting, some for murder. Of the eight who were tried, four were acquitted, there was one hung jury, and three were convicted and received light sentences.” Tunheim is a member of the Collaborative Legal Community Coalition (CLCC), a group of justice partners who support an ongoing dialogue about racial justice and the elimination of racial bias and bigotry in the United States.

Tunheim, born in the early 1950’s, writes that growing up he had no idea about the 1920s lynching since it was not taught about in schools or written about in books back then. As young Tunheim was unaware of what had happened in Duluth, I trust it also did not get reported or discussed in the small newsletter meant for Finns working in Minnesota either.

When I arrived in the United States a few weeks ago, I learned that the Emmett Till Antilynching Act had just passed, making lynching a federal hate crime. As a Finn, I couldn’t believe it hadn’t happened many decades before. 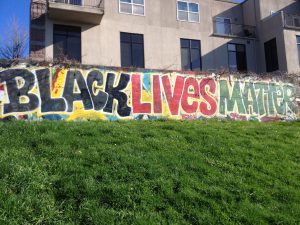