In January 2013, immediately after Russian Parliament had passed the bill banned adoption of Russian children by American citizens, Russians got new law about NGO – Non Governmental Organizations, here in the USA you call this type of institutions “non-profit”. According these law Russian “non-profit” organizations, which use any foreign funding, grants etc have to be registered as “FOREIGN AGENT”. The New law gives additional possibilities and rights for authorities to raid offices of NGO, audit of funding and seize documents. But the most sensitive part of this law is very symbolic, the new status, “foreign agent”, has strong association with Stalin’s era, with repressions and elimination of millions Russians in labor camps and prisons, who mostly were punished by fabricated cases as a “foreign agents”. The attempt to name Russian non-profit organizations, which many of them stand against human rights violations and political and economic repressions, as a Stalin’s “foreign agent” sounds offensive and humiliating.

“Foreign agent” –  graffity on the wall of non-profit organization in Moscow. Russia

Last 6 mounts some very prominent Russian NGO became targets for the General Prosecution Agency. The Amnesty International, Human Rights Watch, Transparency International, GOLOS Assassination were raided and their documents were seized. The public backlash in Russia was quite indifferent. Several independent media outlets covered this story consecutive, but overwhelming majority of the Russian Media and as a result overwhelming majority of Russian citizens has been remaining very indifferent to this issue. Completely different reaction was shown by foreign (American, German and Dutch Media) Media, and foreign society. I remember dozens of articles in the US Media, including the NYT, The WashPo, and etc. I recall the Facebook wall of Mr McFaul, the US Ambassador in Russia, Howard Solomon, minister counselor for political Affairs in the US Embassy in Russia, both of them had more concern about future destiny of Russian non-profit organizations than majority of direct beneficiaries of NGO’s activity, I mean us, citizens of Russia.

Why am I sharing my thoughts about NGO here in WPI blog? Now when we are ending up the final days of our program I understand how far I was in my comprehension of the role of non-profit organizations here in the states. According to Independent Sector, $670 billion are earned by nonprofit organizations annually, and one in twelve Americans work in the nonprofit sector. I would like to repeat this figure – one in twelve Americans work in the nonprofit sector. Now I have profound understanding why foreign people, mostly Americans and Germans, have been paying such an attention to our Russian NGO. Could you imagine modern American society, present American economy without the nonprofit sector? Impossible. 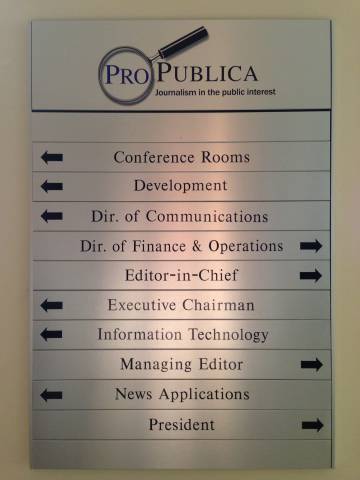 Last 5 – 7 years when traditional journalism around the globe has been destroyed by social media, new speed of distribution and new consumption of the media, investigation journalism has been forced out from a list of primary problems of any media organization. How to compete with on-line? How to increase or save circulation? How to be in time? How to be in budget? 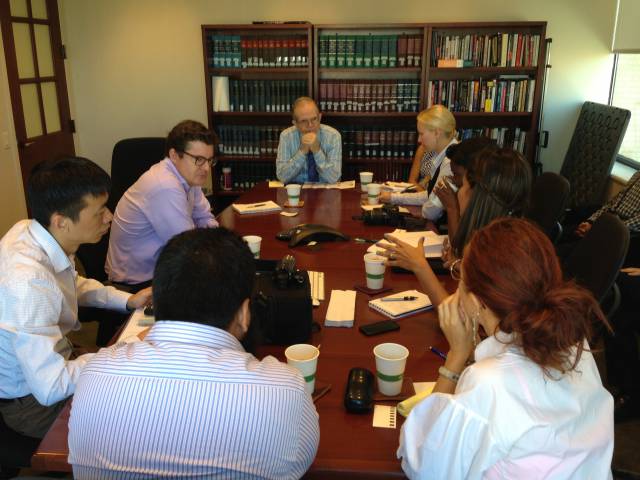 A shortage of time and money made investigation journalism as an unprecedented luxury. In this crisis point of journalism the non-profit sector that always serves to people, took a place. I’m talking about the ProPublica and Mr Paul Steiger, editor-in-Chief, and the Center for Investigative Reporting and Mr Robert Rosenthal, Executive Director. 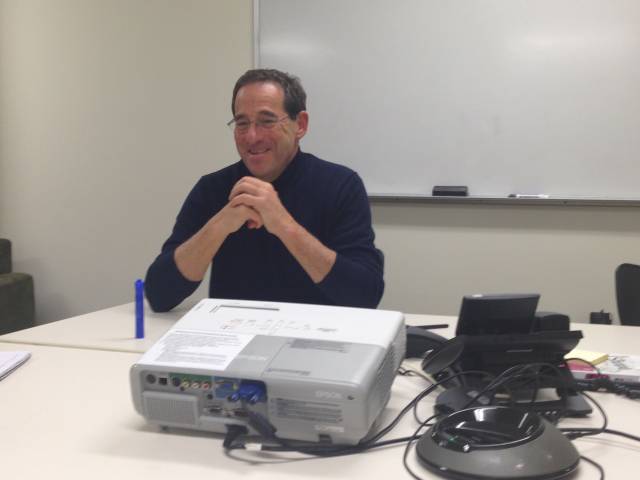 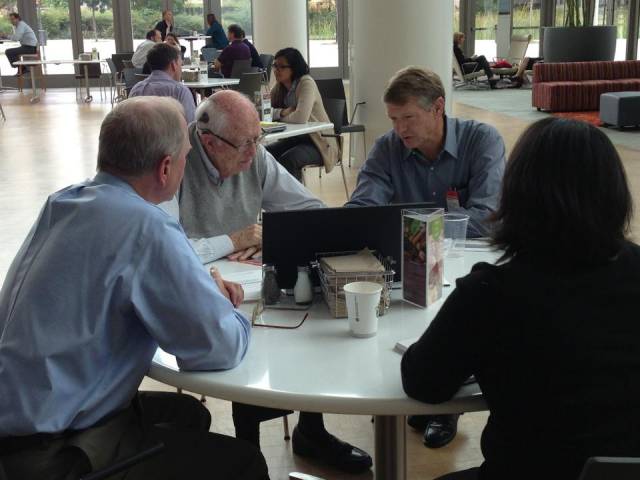 I would like to share my big impression I got from different type of nonprofit organization; I mean the Carter Center (Atlanta, GA), Bill and Melinda Gates Foundation (Seattle, WA) and the MacArthur Foundation (Chicago, IL). All those three institutions mostly work overseas.

The MacArthur Foundation authorized $215.2 millions for grants in 2012; about half of this money was directed outside of the States for high education programs (including Russia and Africa), for science, for global research of immigration issues and Nuclear Threat Initiative. 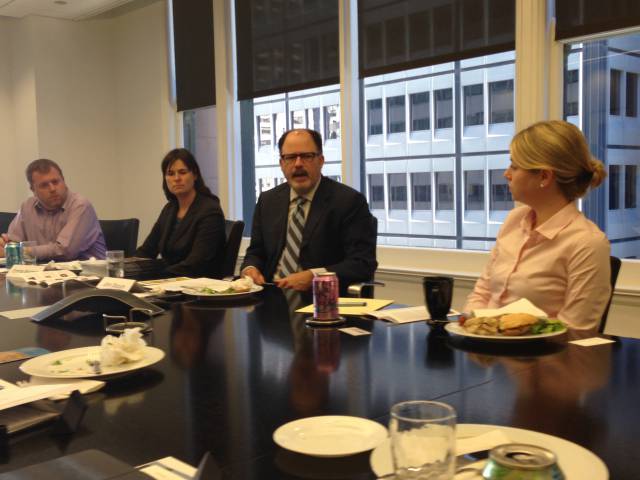 The annual report of the Carter Center in 2011 says the Center involved more than $205 millions donations, and spent $219 millions on the Health and Peace programs around the world.I’m looking on an interactive map in the Carter Foundation’s site and I understand how deep this center works in Africa. During our meeting at the Center in Atlanta we focused on the Health Program in Africa, I found out about river blindness disease and how many people in Africa and Latin America suffer, and how the Center step by step are approaching the elimination of this horrific illness. 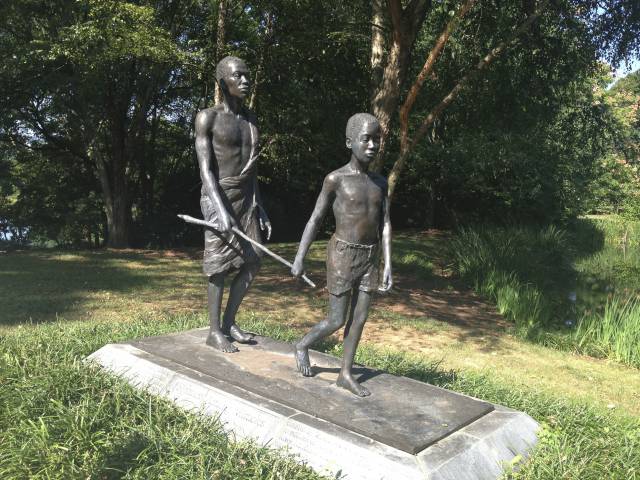 And finally the Bill and Melinda Gates Foundation that according 2011 annual report granted more than $3 billions. The global health issues are core of this foundation. I was shaken by one topic of Bill and Melinda Gates Foundation’s activity. I mean sanitation. I have never thought how many people around the world don’t have access to toilets. It is 40% of world population, mostly from Africa and Asia. Listen to this figure – 40% of current population has no access to toilet. Providing of sanitation is one of many health program of the Foundation. 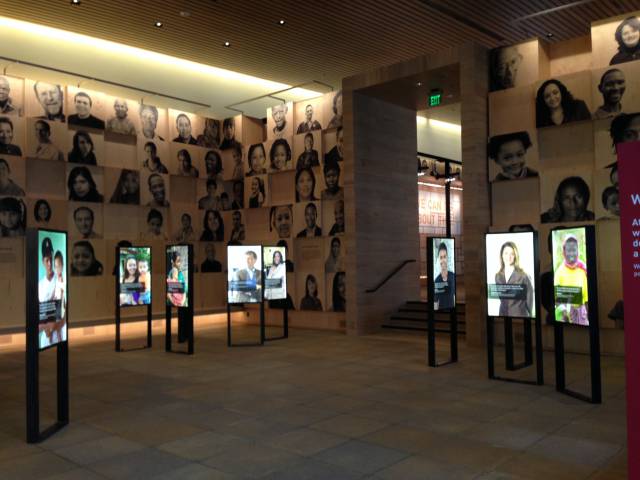 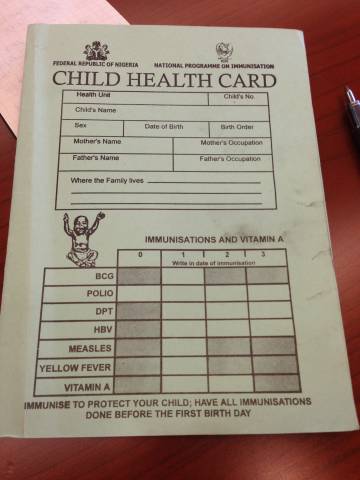 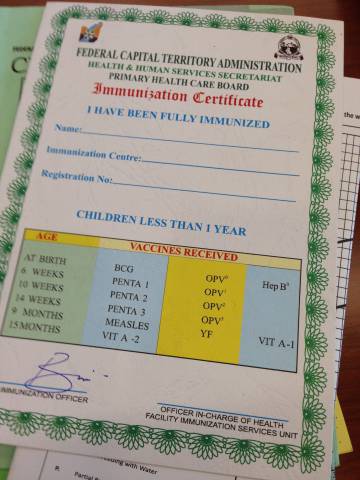 I’m angered and irritated listening to very typical anti-American discourse: “you, Americans, have complex of world boss, you thing you can dictate to all world what to do”. I feel anger because of people who use this discourse have never said a single positive word about the American nonprofit impact and influence to this world. So sad. 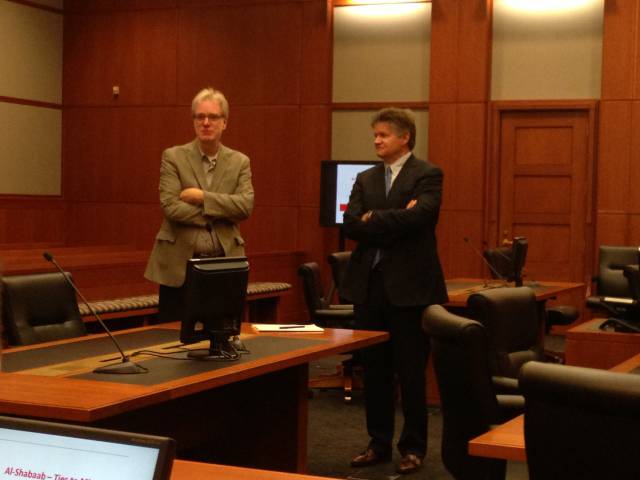 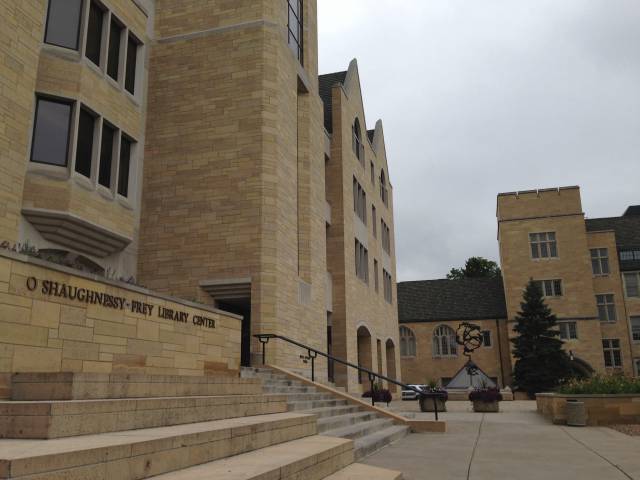 Further I would like to say couple of words about the World Press Institute, the closest example of nonprofit organization. Some times I think maybe I am not very good person for this program, I have already been to America, I respect this country. If in my place were someone else, who don’t understand the role of democracy, the role of the first Amendment, transparency and human rights, who critics and has never seen something positive here. America and this program would obviously convert this person… I would like to thank everybody who involved to the WPI for developing of my personal comprehension of your country, for new knowledge and experience I’ll bring up to Russia, you inspired me. I would like to thank you David MacDonald, Doug Stone, Denise Jonson, Susan and Terry Wolkerstorfer, Frank Jossi, Ron Iori, Suzanne Lechtman, I would like to thank you my host family David and Judy Ranheim, I would like to thank you Jack and Kathy Tunheim for priceless minutes at their house, Mr Howard Morgan who continues his father’s work, S.-Thomas University.

Thank you all sponsors and volunteers, you do great job!