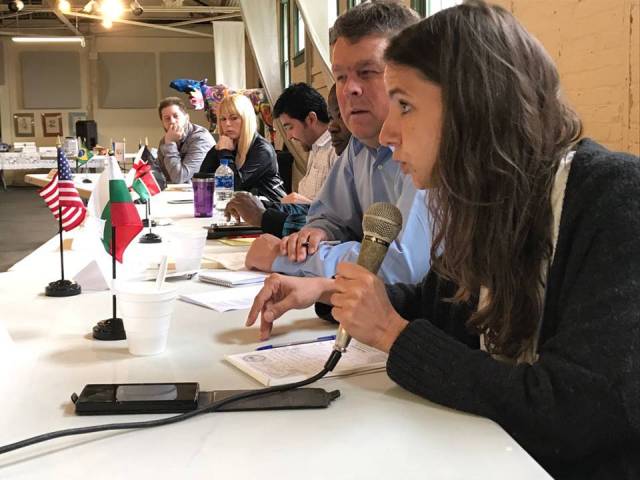 Local Minnesota residents were invited to take part in two forums where 10 international journalists, sponsored by the World Press Institute, answered audience questions and shared their perspectives on the mainstream media in the era of “fake news.”

The first forum was held in Ely, Minn., a northeastern city known as the gateway to the Boundary Waters as well as for its iron ore deposits. The second was in Tracy, Minn., a southwestern town known for agricultural farms, including some wealthy farms with annual revenues of up to $500,000. Each event had roughly 50 participants. At both events, attendees asked the visiting journalists how they tackle “fake news,” as well as how powerful and independent the media is in their respective countries.

The presidency of Donald Trump dominated the discussion at both events, with topics including his confrontation with the media, U.S. trade policy and immigration. Most of the reporters and many participants highly criticized the president’s policies, saying his harsh stance against the media is killing freedom of speech and democracy, and his immigration policy is destroying the historical identity of the United States, as the nation itself is largely made up of immigrants. 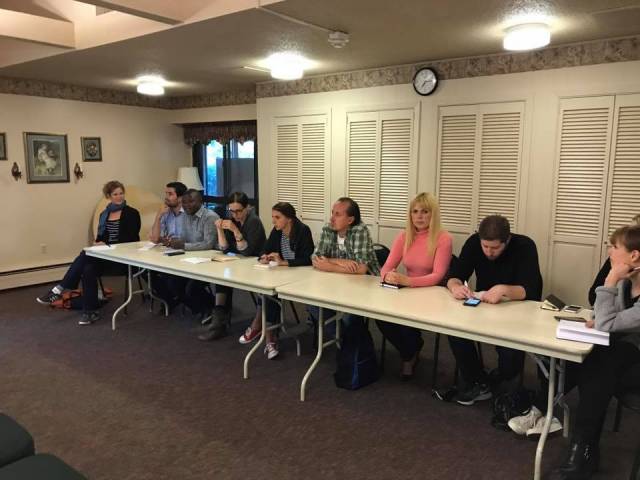 The reporters – who represented Afghanistan, Brazil, Bulgaria, England, Finland, Germany, Guatemala, Kenya, Poland and Russia – viewed the events somewhat differently. Some were surprised to learn that the local newspapers covered the forums, including a frontpage report in the Ely Echo newspaper, as well as coverage in two other local papers.

Mark Oloo Zablon, a senior reporter and deputy chief sub-editor for the Standard newspapers in Nairobi, Kenya found the forums fascinating to see “the hunters become the hunted” in the question and answer sessions.

While describing the forums for being less interactive and a bit one-sided, Vanessa Barford, who works for the BBC in London, said: “I can’t believe we made the front page. It’s quite an honor really, but it was quite a surprise.”

Britta von der Heide, working for German ARD, said: “I sent (the newspaper) to my family and they are very proud that we are so famous.”

Elina Hiltunen, a news producer for Finland’s Finnish Broadcasting Company, said: “Well, I felt a little bit awkward because I have never been interviewed before. I felt do I have enough to say? But I guess it was interesting in some ways. It felt good to share our experiences.”

Louisa Reynolds, a freelance correspondent from Guatemala, said: “Well it’s kind of a new experience because journalists are used to running