Four people, included the company’s owner, were killed about two weeks ago when a man opened fire at a Minneapolis workplace before turning the gun on himself. The fifth victim died later in one Minneapolis hospital. A couple of weeks earlier in August, a guy in a Batman dress entered a cinema near Denver to hunt down people waiting for the movie to start, and it has been five years so far, since a mad student massacred not less than 32 (mostly fellow students) at the Virginia Tech University before killing himself. While the amount of innocent people shot year by year is shocking, people who watch TV slowly getting use to learn about these horrible events. By today, it is barely a breaking news, when someone gets a shot while walking on the street in a small town somewhere in the United States. 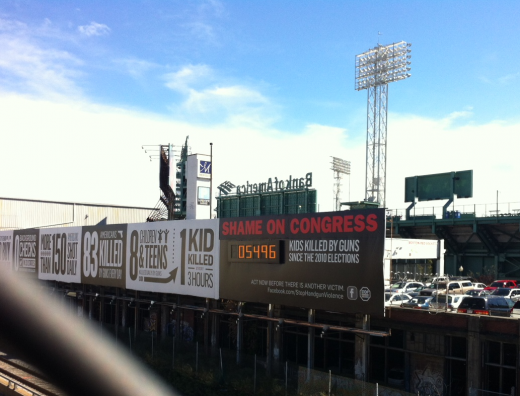 Compared to most European countries, it’s ain’t that difficult to get permission for carrying a gun in the United States. The main reason for a such permissive gun control legislation lies in the American constitution, whereby the Second Amendment (as part of the Bill of Rights), adopted in 1791, protects the right of the citizens to keep guns. Thereby I understand that to carry a gun has become a traditionally and culturally grounded, natural habit for lot of americans throughout the last to centuries, however, I’m not sure, whether it is a cause or a result of the thing I see as the difference between understanding freedom as a phenomena in the US and in Europe. And neither I’m sure about the fact, that the Second Amendment still could and should be understood as it has been 200 years ago.

Individual freedom expands as far, until it hurts another person’s individual freedom or privacy – this is how I see and understand freedom, and this is how, I believe, most of my European and American fellows do. Though I do not have any law background, in my interpretation, the difference between the two approaches reveals itself when it comes to the next level. What if someone DO hurts someone’s privacy, or even, safety? What would that qualify a person for? The ideology, that originates the permissive practice of gun control, implies the argument that everyone should have the right to defend him or herself. Though, even if I recognize this suggestion, it is barely understandable that in certain states one has the right to shoot the other because of crossing his doorstep. And more importantly, it is barely understandable, if the right to self defense is the main argument favoring the presence of guns in every day life. Like here: 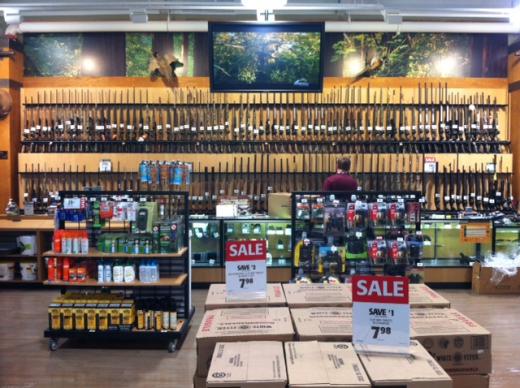 The picture above was shot in a sport store somewhere in Minnesota. Although these are guns for hunting, this view shows precisely the general American approach towards carrying gun. It is part of the tradition and therefore part of the culture. In the end, the presumption, namely that if getting a gun were more difficult, one had less reason and occasion to defend him or herself, never shows up. I recently heard, that when in 2008 Barack Obama was elected, gun shop revenues started to increase very fast because of people becoming worried whether the new president would make it more complicated them to buy a gun. In my consideration, that’s just the wrong approach and, honestly, it’s hard for me to believe that the President can’t understand this context. After the Denver tragedy, Barack Obama still did not hurry to declare that if reelected, he would be adopting a more strict federal regulation regarding gun permission. I see two reason, why he did not do that.

First, the culture of carrying a gun is so deeply rooted in the United States, that no presidential candidate has the courage to declare (and later implement) a harsher policy regarding that issue. Secondly, there is no chance to implement a new regulation without a constitutional amendment, and there’s no way to set up this amendment without an agreement with the opposition, what seems highly unlikely right now, especially in this case. However, if reelected, President Obama could still give it a try. It is worth for an effort and this is certainly a ‘change’ this country needs.