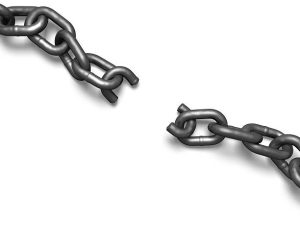 Freedom of speech is so important in this country that it’s written in the First Amendment. Whether it’s because the founders thought that they had to protect speech from political or government persecution above all other rights or just because it was the first thing they could all agree on, it holds a special meaning for America and its democracy.

However, freedom of speech and freedom of the press only get shielded from government interference. There are several other factors that go against such cherished premises. Business, for instance.

In the first part of this blog post, we talked about how seemingly free journalists are from possible strains that come with working as an employee in a mainstream media. Nevertheless, paid-by-companies journalists are so free that nonprofit organizations like ProPublica and Global Investigative Journalism Network were created to ensure investigative journalism could exist with no ties. (No pun intended.)

It’s an inevitable question: Why are donors and nonprofit, nongovernment organizations needed to guarantee freedom of the press?

James Fallows from The Atlantic says his impression over the years is “that reporters are usually prepared to resist pressures that come from ownership. For instance, reporters for The Washington Post make sure that they are extra-tough on stories about Amazon – the company founded by the Post’s owner, Jeff Bezos.” However, he adds, “the harder sort of pressure to resist is the one summed up by metrics. A decade ago, reporters weren’t exactly sure which kind of report was most popular or getting the most attention. Now they know minute by minute, posting by posting. This creates really tremendous pressure to write on topics that will get traffic or even go viral.”

One proof can be found in social media. If you pay attention to some of the Instagram posts made by highly respected news outlets you might find, more often than not, a story on a viral video, entertainment news or provocative headlines that make engagement irresistible for consumers. And if you take a closer look, a lot of the comments made on those posts are from people who do not understand why that content is there instead of “real news.” Some even complain about the direction the media outlet is taking.

What they may not know is that content such as “the story of the bus driver that plays the national anthem for the children every morning” are click bait. And some paid journalist had to write about it and maybe even wonder if they indeed went to journalism school to write this fluff.

Yes, I am speaking from personal experience. I lost track of the times I had to, as a TV reporter, find out the price of the tomatoes – you name it – and make a story out of it. Fun times.

On the other hand, even when there are several negative comments about fluff pieces, the reality is that people like them. They get lots of views and that is why click bait is good for metrics. And good metrics mean more advertisement dollars to finance the best kind of journalism. The catch is that not all journalists get the privilege to do the stories they would like to do. Attachment doesn’t necessarily have to come from politics or even big advertisers, sometimes it comes from the market itself and the need to make a news media business profitable.

The debate is deep and extensive about whether journalism is really free or maybe it just means that some get to work more freely than others. For now, just remember to be kind when you see a silly viral story in a respectable newspaper. There’s a struggling journalist behind it.