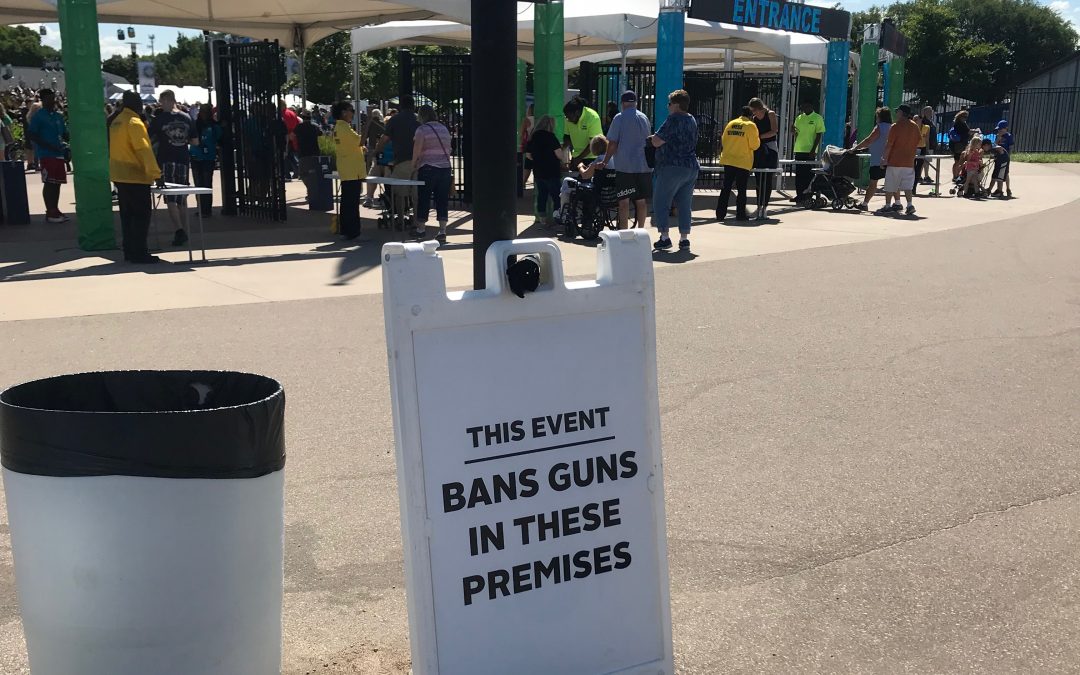 Predictable tragedies and how (not to) prevent them

“I hope you all feel safe while visiting the United States,” said a woman who works at the Minnesota State Fair during a discussion with WPI journalists on gun violence in the country. “When I was in Ghana, I saw the news on TV about shootings in the [United States] and thought: is that how the world sees us? A violent place?”

Questions revolving around security and guns came up during the conversation last week in which Minnesota State Fair CEO Jerry Hammer took part. Hammer tried to assure participants that no gun-related incident would take place at the event, given the tight security measures. He was technically right, even after the shooting that took place a few days later, not inside the premises but close to the entrance and in which three people were shot.

Gun violence has come up in almost every meeting the 2019 WPI fellows have had so far. During the same period, the topic dominated pop culture, including in Dave Chappelle’s new Netflix standup comedy special and Quentin Tarantino’s new movie, “Once Upon a Time in Hollywood” which addressed shootings in different manners. All of this occurred the same summer that saw several mass shootings, including in El Paso, Texas, and Dayton, Ohio, where 33 lives were taken.

It seems no tragedies are as predictable and preventable as gun violence in the United States. As an external observer coming from a country where firearms are not sold to private citizens, the solution seems straightforward: don’t sell guns. But talking to people here in the United States showed the complexity of this very American problem. It also showed that the underlying dynamics resemble the ones that lead to problems very specific to other parts of the world.

In my home country of Algeria where the army has held power since its independence more than 50 years ago, the comparison is also straightforward and may even seem stereotypical: it’s all about the money. Democracy, a rule of law and an open economy may greatly benefit the millions of Algerian citizens, but they represent a danger to the personal interests of a few corrupt high-ranking military officials and their networks. It then becomes a matter of survival to maintain their grip on power, even if it means squandering the huge potential of the country.

When it comes to the United States and from what I’ve read and heard so far, guns are a matter of personal freedom. They are a political issue. But more importantly, banning guns in America would mean closing a big market in the face of weapons and ammunitions manufacturers. For these companies, it becomes primordial to influence politics through lobbying, e.g. through the National Rifle Association, etc., in order to prevent any changes in legislation concerning guns, even if the price to pay includes dozens of mass shootings and tens of thousands of deaths every year.