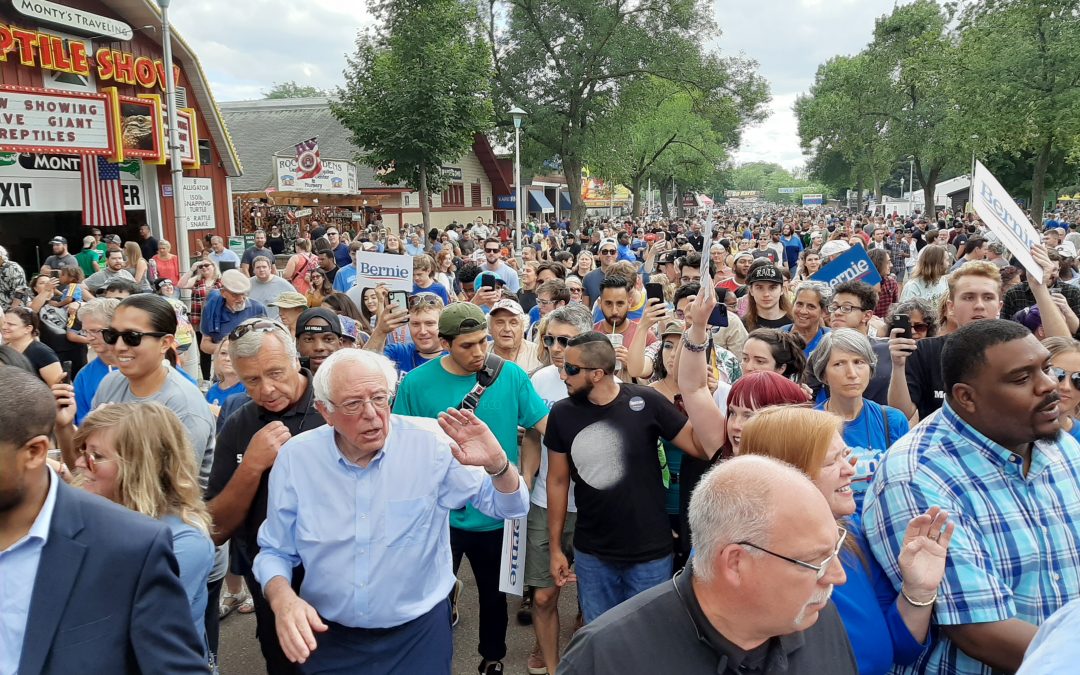 “Believe the scientists, we have 12 years left to save the environment” doesn’t sound like the usual rallying cry from a politician, but this was exactly what Bernie Sanders was saying to a cheering audience during his campaign event at the Minnesota State Fair. Formally, this was a Q&A organized by Minnesota Public Radio, but journalistically speaking, it was not exactly an interview. Rather, Sen. Sanders shared passionate campaign speech-bits, loosely based on the questions.

Most of Sanders’s policy proposals – from health care to job creation to education and taxation – fit a mostly coherent vision, with economic inequality at the heart of it. But it’s still a vision, and the details are a lot less clear. Before the 2008 financial crisis, this kind of rhetoric did not work so well. Only after the economic prospects changed for Americans, did his message start to resonate. Inequality and the decline of the working class was a central theme in the 2016 elections. Since then, an even more urgent issue has emerged: climate change. 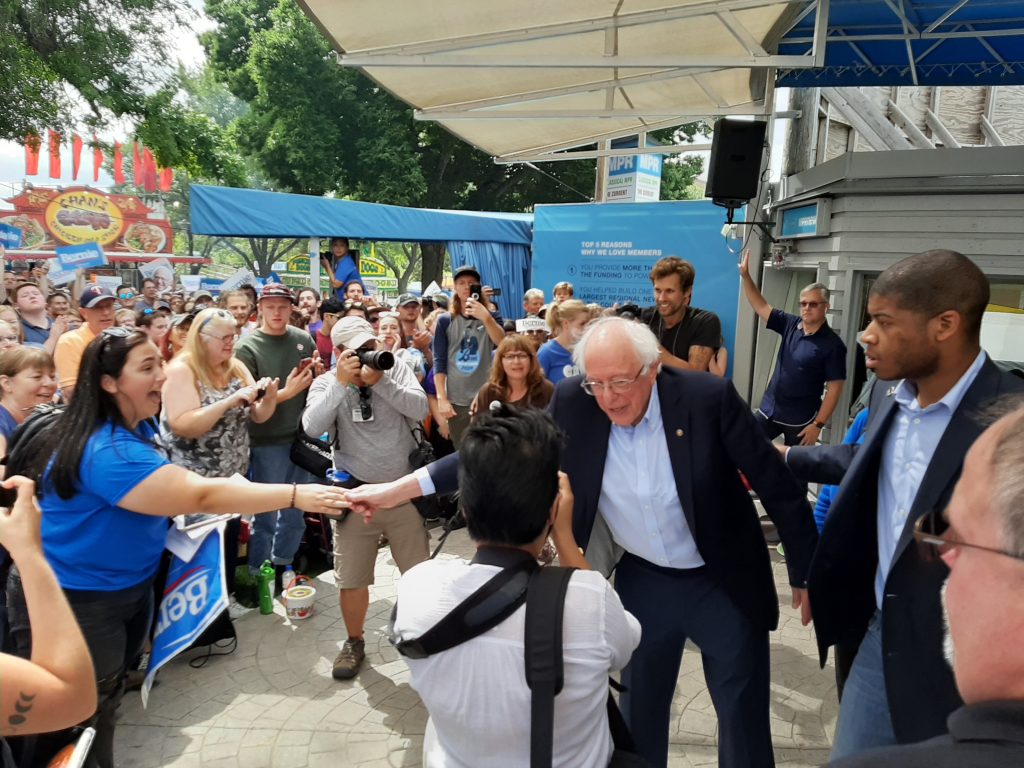 Climate change is a lot more than an environmental issue. It’s the greatest economic, social, scientific and political challenge that humanity faces. One of the explanations, which Sanders shares, is that the crisis is the result of overusing our resources, and putting economic growth before every other aspect in life.

At the fair event, Sanders touted the $16.3 trillion climate plan he published a couple days earlier. If implemented, the plan would essentially transform the entire economy. 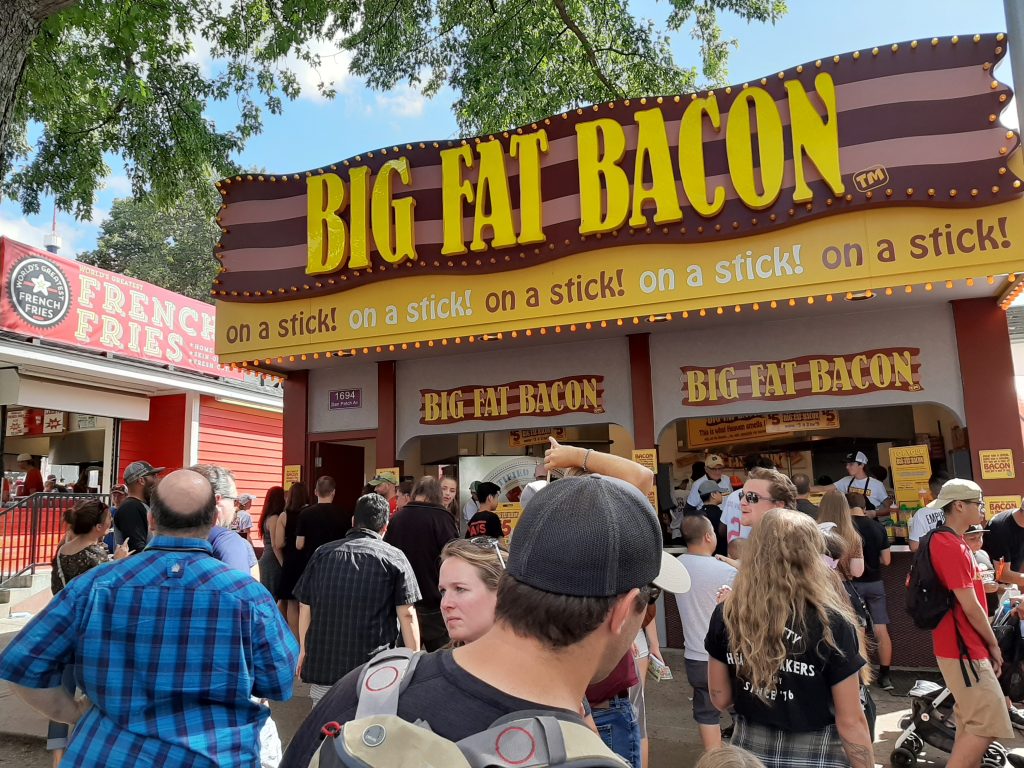 Sanders’s plan is being described in the press as “radical”, and “nothing short of a revolution”. CNN wrote: “It would reshape daily life for virtually all Americans by banning the sale of vehicles powered by the internal combustion engine — which account for nearly all vehicles on the road — in little over a decade.”

So there was something truly ironic about presenting it in the middle of the celebration of hyper-consumption that is the Great Minnesota Get-Together, amidst the smells of foot-long hot dogs, “big fat bacon,” cotton candy and butter sculptures. Sanders’ dream world of conservation looks like a faraway place from the Minnesota State Fair, but in order to get into the position to implement it, he has to embrace the deep fried reality first.