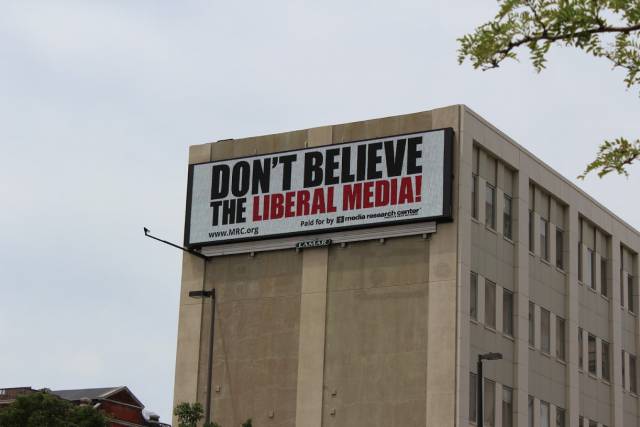 Public trust in the media

At the RNC in Cleveland

One of the questions that journalists of our generation are struggling to understand is why the public has such a deep distrust of the media. Already, as we finish the second week of the World Press Institute Fellowship, it’s an issue that has come up in several of our discussions. This is particularly the case as we try to understand Donald Trump’s giddying rise, in defiance of the pollsters, which has come despite the dire warnings from so many columnists and editorial boards.

Gone are the days when the newsman, or woman, was placed on a pedestal by the public. Once, journalists were lionised in popular culture as dogged and determined pursuers of the truth, dreaming of becoming the next Bob Woodward. Now, the public perception is that journalists are an integral part of the much-loathed Establishment. As Trump’s campaign has demonstrated – one only need to look to the way journalists are penned off at most of his rallies – his frequent mocking of journalists has even won support from his far-right supporters who share his disdain.

At the Republican National Convention in Cleveland, some Trump supporters wore t-shirts warning “Don’t trust the liberal media”. Giant billboards blared out the same message. I found many of his supporters who I interviewed were suspicious of journalists working for mainstream outlets.

Michael Rine, a truck driver from Taylor Mill, Kentucky, told me how Trump had inspired him in a way few other politicians have in the past, because he dared to speak about issues that most media and politicians neglect. Unemployment is high in his home state of Kentucky, Rine said, and he felt immigration was at the root of this.

Interestingly, the thousands of Bernie Sanders supporters in Philadelphia, who had come to voice their opposition to Hillary Clinton’s candidacy, had complaints of their own about centrist media and politicians not speaking to the issues that they viewed as important.

The view that there is a disconnect between the media and the public has rarely been stronger.

This trend is hardly exclusive to the United States – many of us are experiencing it in our own countries. In our globalized world, this distrust of the media seems to be increasing in many countries around the globe. Political apathy is particularly high amongst the younger generations, as falling rates of voter participation amongst millennials make starkly clear.

David Shultz, Professor of Political Science at Hamline University, says that in 1976, around 40 percent of 18-30 year olds voted. Four decades later, the usual turnout in the same age group has dropped to around half that.

This coincides with dramatic changes in the way millennials consume media: online, rather than in print. At a talk by WPI fellows in the northern Minnesota town of Ely on Monday, the youngest member of the audience confessed that he had never paid for media, and asked our views of the consequences of his consumption of free online media. Television, too, is increasingly speaking only to people aged 40 and above. This is further fuelling intergenerational polarization.

These issues are especially difficult for many of us to grapple with at a time when our wages and job security are ever less stable; but regaining public trust in the media should be at the forefront of all of our minds as we continue to try to make our way in this Brave New World of journalism.