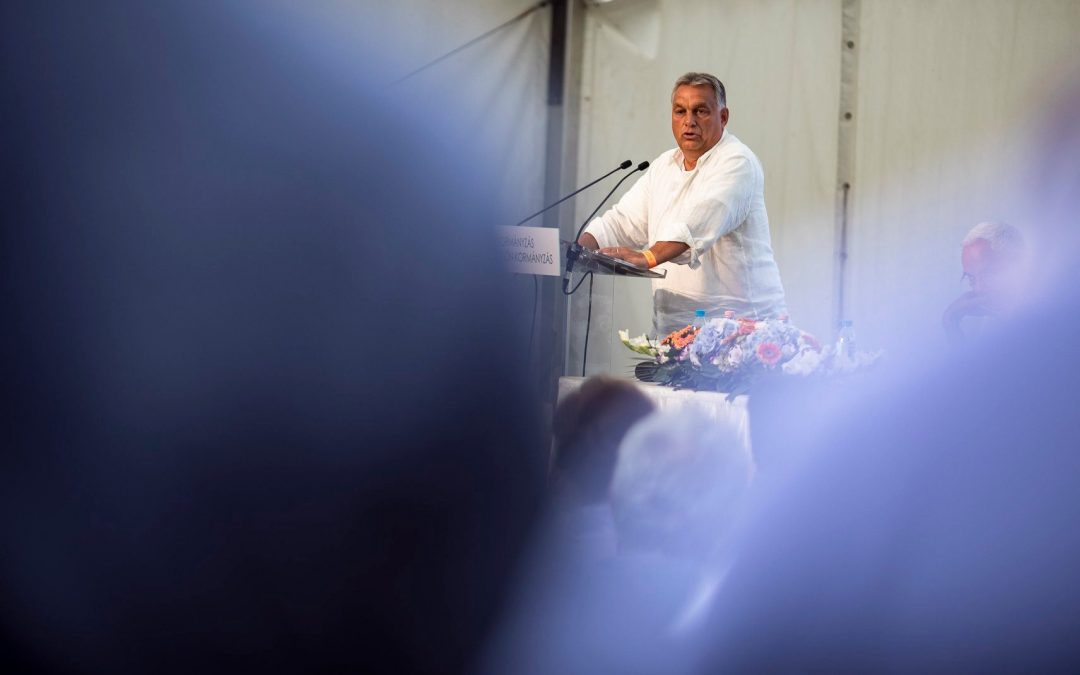 Dissident Hungarians listened to the sizzling voice of Radio Free Europe for decades in the Communist era. People could hear news from the United States government-funded radio they could get nowhere else. Few of them would have known that at some point, such a radio would become unnecessary. It happened though – the radio ended broadcasts to Hungary in 1993 after the democratic change of regime. And even fewer would have imagined that after a transition period, RFE would return to Hungary.

“RFE Is Poised to Return to a Less Free Hungary,” The New York Times wrote last week. According to the newspaper, the relaunch still awaits a greenlight from the U.S. Congress, but that may come in September.

According to the radio’s description: “RFE/RL journalists report the news in 22 countries where a free press is banned by the government or not fully established. We provide what many people cannot get locally: uncensored news, responsible discussion, and open debate.”. (RFE originally broadcasted to countries of the Soviet bloc, Radio Liberty targeted the Soviet Union itself.)

Hungary could be the 23rd. Democracy is in sharp decline in the country, and there’s heightened international interest around the situation. The Economist recently published a long and detailed feature headlined “How Viktor Orbán hollowed out Hungary’s democracy”. Hungarian Prime Minister Viktor Orbán is on the cover of the latest edition of Foreign Affairs with other leaders like Russian President Vladimir Putin and Chinese President Xi Jinping under the headline “Autocracy Now”. This buzz seemingly exceeds the importance of a Central European country of 10 million, but the international press mostly uses Hungary as a cautionary tale.

Orbán has transformed the Hungarian media landscape too in the last couple of years, using mostly economic means. Several newspapers were closed, others are turned into tightly controlled propaganda outlets. In the public media, there was an open directive to mock the opposition.

In this context, the decision to relaunch RFE may not sound surprising. However, it’s not that simple, given the relationship of U.S. President Donald Trump and Viktor Orbán.

“Viktor Orbán has done a tremendous job in so many different ways,” said Trump when Orbán visited him this May. After the visit, David Cornestein, U.S. Ambassador to Budapest told our news site 444.hu: “At the end of the meeting, President Trump told Orbán: You know, it’s like we’re twins! Not everybody might agree or like us, but look at the results that we’re getting.”

Cornestein is not too enthusiastic about the return of RFE. “Mr. Cornstein (…) sought assurances from the agency that its service would not focus on negative stories about the Hungarian government, or investigative journalism, and that it would not undermine his efforts as ambassador, according to United States officials,” The New York Times wrote. Which is a highly unusual request, since it’s forbidden for U.S. government officials to interfere in what RFE reports. Cornestein’s official comment was about being committed to press freedom.

The Hungarian-American relations are deeply contradictory. On one hand, Trump likes the anti-migrant and anti-liberal tone of Orbán. On the other, there is the geopolitical reality: the blossoming Hungarian-Russian relations.

When U.S. Secretary of State Mike Pompeo visited Budapest this year, he raised the issue of Hungary needing to resolve its energy dependence on Russia. Orbán himself recently had to promise counterintelligence measures against a Budapest-based Russian-led bank to the United States. And one of the aims of RFE is countering the Kremlin narrative, since fake news is flooding into Hungary straight from Moscow.

The radio itself may reflect this paradoxical relationship. RFE plans to return in an online radio format, which is not too popular in Hungary. And the audience is highly polarized, so there’s a good chance it would be listened to by people who would listen to critical news anyway. So, while the relaunch is a strong signal of the decline of democracy, in reality it could be a rather symbolic step that does not have a serious effect on the Hungarian media situation.