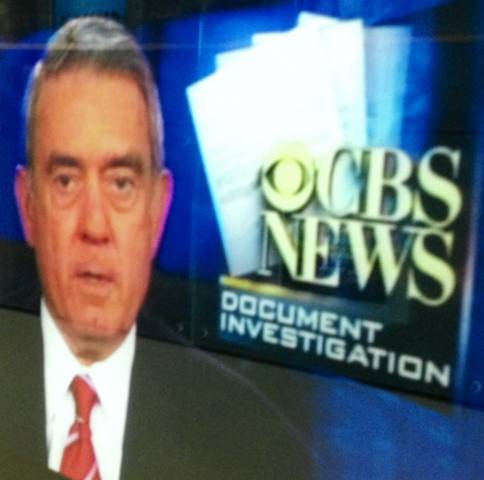 Rather Unplugged: Conversations with a one-time “voice of God”

As a “voice of God” — referencing the authority of the three U.S. network anchors, who together address nearly thirty million viewers nightly — Dan Rather had rather big shoes to fill when he assumed the anchor chair from Walker Cronkite in 1981. As Ken Auletta records in his magisterial profile on Rather in The New Yorker: “the one thing I hope … is that even my enemies think that I am authentic.” (http://www.newyorker.com/archive/2005/03/07/050307fa_fact2?currentPage=all).

Alas, Rather was not infallible; his failure to leave no stone unturned in authenticating charges against President Bush’s service in the Texas Air National Guard from 1968 to 1973 that he fronted on a “60 Minutes Wednesday” report saw him step down from the anchor desk on March 9, 2005, at least a year before he had originally planned to retire. His version of events?: “We reported a story that was true but caused discomfort to some powerful people … For more than 65 years I was a professional reporter … paid, but not always well”. When CBS pays you seven million dollars a year perhaps you really do believe you’re God with no need for any mea culpa. There is, though, a Benjamin Franklin quote emblazoned on a plaque alongside his office plasma TV — counterweight to the giddy deification. 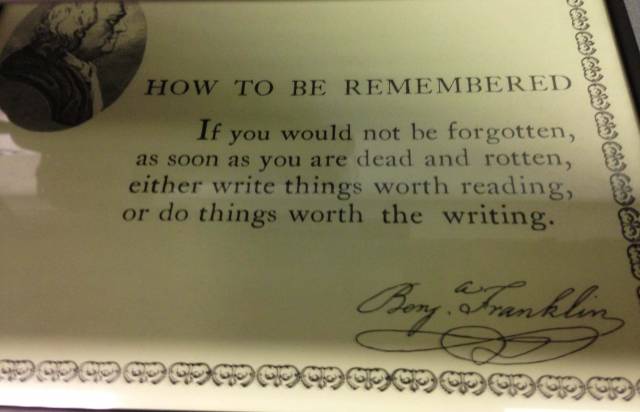 Rather is now managing editor and anchor of the television news magazine Dan Rather Reports on the cable channel AXS TV. He’s still trying to keep the faith, despite “demographics [being] more important than ratings … content has, I think, improved, but I wouldn’t want to debate anyone who took the other side of the debate” and where “you’ll find very little investigative reporting and more trivialisation because owners don’t get in trouble for reporting on gossip compared with claims of corruption”.

Why’s he still working aged 81? “If it’s an addiction it’s more powerful than crack cocaine … It’s great — only if you have a deep and abiding passion to do it well — a sense of ‘I can’t do anything else’ … You have to burn with a hot, hard flame.”

I had a copy of Rather’s biography Rather Outspoken (Hachette) for him to sign — something pithy, I hoped, to dwell on well beyond our encounter. He ended with ‘Courage’ — his father’s favourite word and one he used on his last sign-off broadcast for CBS. Delphically, he then shook my hand with the imperative: “don’t leave” (broadcast journalism). 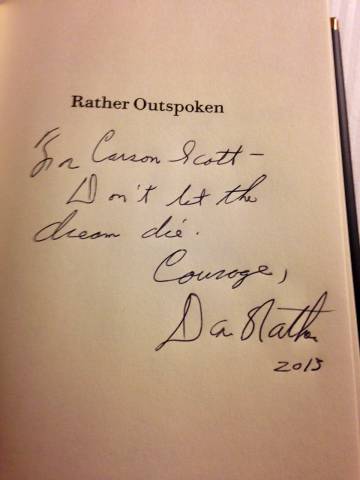 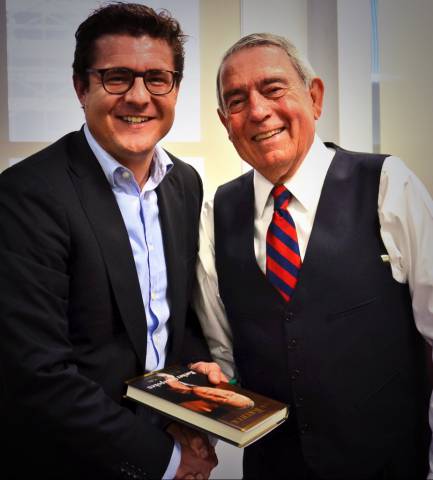