Reflections of a 2018 WPI fellow

On October 12, 2018, our World Press Institute fellowship came to an end. I was part of the 10th crop of 10 reporters and editors since 2008, when the WPI program for international journalists was revived in its current form with a base at the University of St. Thomas in St. Paul and under new leadership. We spent four weeks in the Twin Cities and five more on the road, touring the United States from the Boundary Waters in northern Minnesota to Miami Beach, Florida, and from Washington, D.C., on the East Coast to San Francisco in the West. 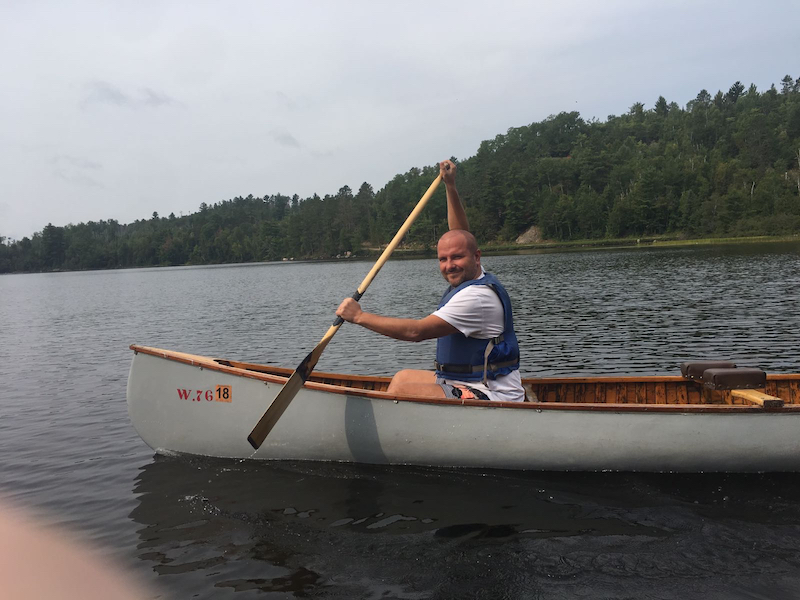 We met our colleagues in American newsrooms, from feisty startups to media empires employing thousands of people, community leaders, activists, politicians, thinkers, visionaries and I’m almost tempted to say “ordinary Americans,” but there was nothing ordinary about every single person we’ve met. It was an exhilarating journey, full of emotional ups and downs, new friendships and sometimes broken hearts.

It is quite an intensive program, so if you are reading this and planning to apply for next year’s WPI fellowship, keep in mind that it’s quite taxing, both emotionally and physically. Not all can cope with the stress and the pressure of spending eight weeks on the road across a country as vast as the United States while also having to attend dozens of meetings and testing the limits of your intellectual capacity. People will be stressed out and on edge, tensions will flare up — remember, you will be spending a lot of time in the company of strangers from cultures sometimes very different from yours. A WPI fellowship is definitely not a relaxing holiday, but if you pace yourself, have patience and an open mind, you will be greatly enriched by the experience and find some new friends for life in the process. 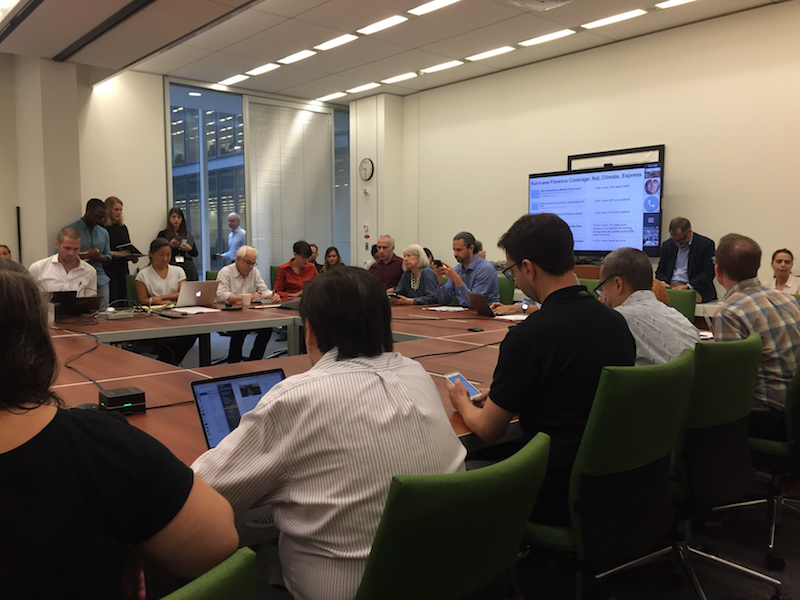 The main goal of this program was acquainting ourselves with the media culture in the United States. The problems that smaller and midsized American newsrooms are facing are more or less the same in our countries: chronic understaffing, budget cuts, fleeing advertisers, predatory owners who bleed publications for maximum profit. But, of course, American journalists in every newsroom enjoy the unparalleled nexus of privileges: ironclad legal protection of free speech (the famed First Amendment!), one of the largest media markets in the world, a healthy, robust culture of philanthropy and a society generally very appreciative of the value of free speech. Nonprofit media such as ProPublica or the Center for Investigative Reporting, focusing on hard reportage on topics that really matter, are flourishing.

But the farther we went up the ladder of American media business, the more dizzying was the scale of it and the harder it was to apply the experience to journalism in our own countries. In Russia, I worked for the main news agency in the country, which employed about 2,500 people. In the United States it’s not even the biggest newsroom we’ve seen. Money is raining on American newsrooms, often with no strings attached, something unheard of in Russia and other countries where media are seen as little more than political tools. 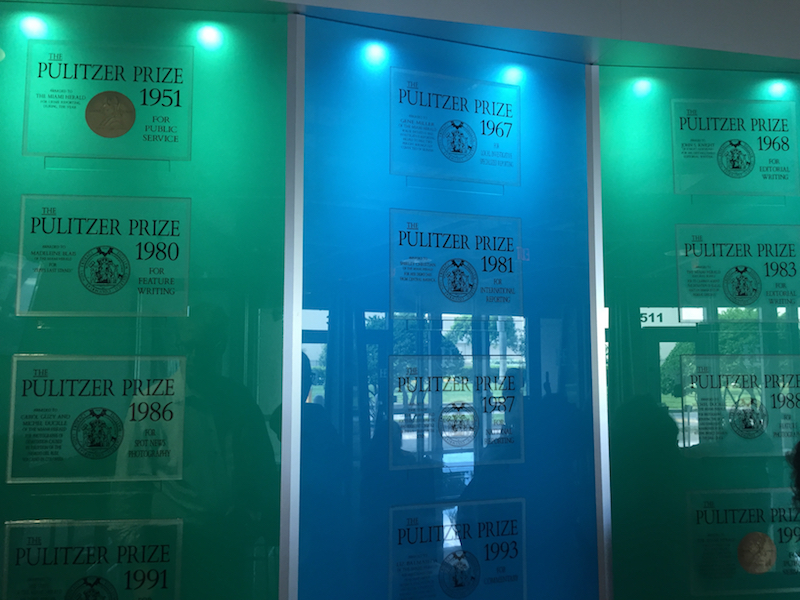 We also found American media to be quite self-centered. There’s very little coverage of what is going on in the world outside the United States. There are several contributing factors: One is that the U.S. is a big and diverse enough country to generate too many headlines about itself to keep up with. But it wasn’t always like that, and it was sad to see international coverage in once strong local newspapers such as the Chicago Tribune, the Denver Post or the Miami Herald — each at one point in the not too distant past had a bureau in Moscow — reduced to a few perfunctory newswire stories on page 10.

America is a country of extremes. If it’s good at something, it’s the best, and the entire world wants to replicate its success. If it fails, the failure is also spectacular, in quite a terrifying way.

Perhaps the most visible manifestation of these extremes was downtown San Francisco. The magnitude of human misery we saw there was truly heartbreaking. Not just homeless, but completely broken people beyond any help, slouched motionlessly on urine-soaked sidewalks, frozen in narcotic stupor. Not one, not a dozen, but hundreds and thousands of them. And all of this under the looming gilded dome of the San Francisco City Hall and the shiny corporate offices of multibillion-dollar companies such as Twitter. 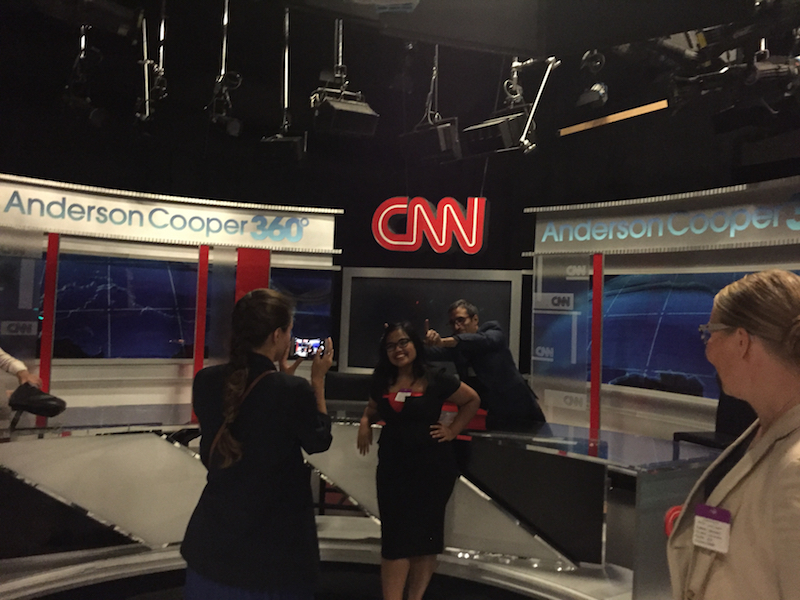 But we also saw the incredible American entrepreneurial spirit that drives both agriculture in Minnesota’s farm country and transformative tech innovations in California’s Silicon Valley. We met some truly selfless visionaries such as Eric Mahmoud in Minneapolis, who runs a charter school for children from underprivileged families, and Will Steger, the polar explorer who will literally walk to the edge of the world to teach the rest of us about the dangers of climate change. All in all, it was a very educational journey, and I do hope that future WPI fellows will be as inspired as I am.

I would also like to use the opportunity to thank the World Press Institute board and staff — it was a real pleasure knowing you, and thanks for all the great work you are doing!