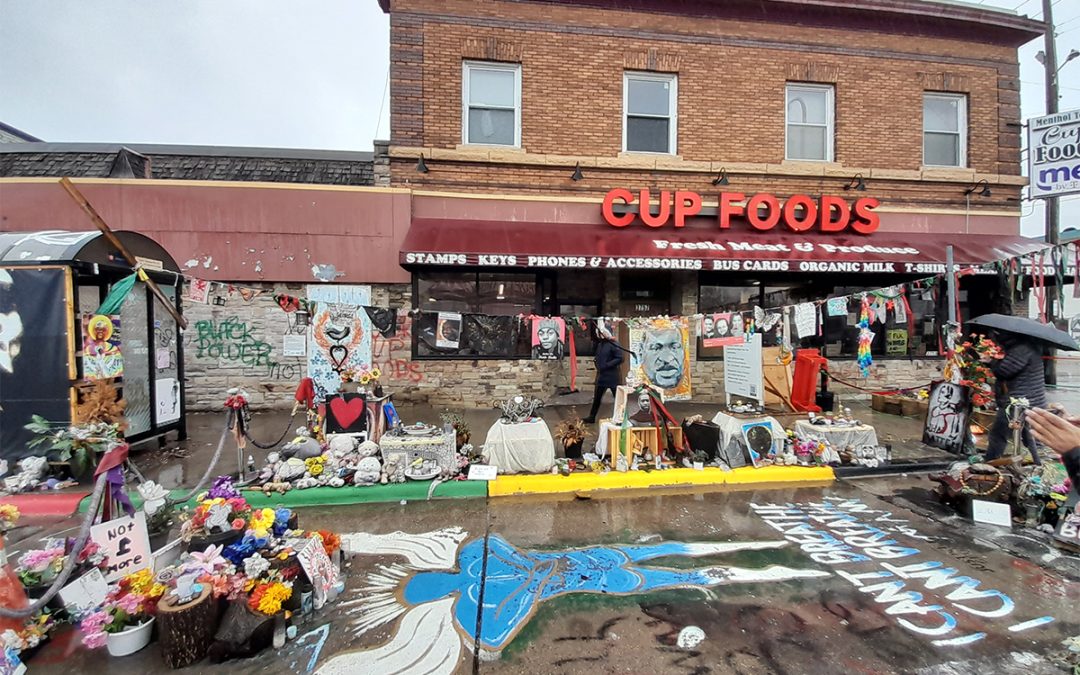 On my recent nearly 8,000-mile journey from India to the Twin Cities, I attempted a casual viewing of the Netflix original “Two Distant Strangers,” by Travon Free and Martin Desmond Roe, which won last year’s Oscar for Best Live Action Short Film. The 32 minutes remained anything but casual, for reasons I will get to shortly.

A few days later, I was outside Cup Foods in Minneapolis at 38th and Chicago, the intersection now known as George Floyd Square.

Yes, it commemorates George P. Floyd Jr. — or as followers of the movement triggered by his May 25, 2020 murder say and believe, the man who changed the world. But also, so much more.

In my hometown of Calcutta, India, I had seen the coverage of all that happened in the United States following Floyd’s on-camera murder by police officer Derek Chauvin. Yet I’d seemed to forget how it was the addition of 9.29 brutal minutes to centuries. Centuries of unimaginable — largely unrecorded — suffering of non-white people (including my own) at the hands of white people, mostly on account of the higher melanin content in their skin.

That afternoon at George Floyd Square, amid a downpour in subfreezing weather, I stood speechless. Sure, much of it was about Floyd. But also, so much more.
Everywhere I looked, I saw names. Of hundreds of Black people killed by police in the so-called land of the free, home of the brave.

For instance, when police officer Jeronimo Yanez killed 32-year-old Philando Castile in a traffic stop near St. Paul, the school nutritionist was one of 233 Black people fatally shot by police in the United States in 2016 alone.

Soaked and shivering at the square, more from the angst than the cold, I chanced upon a picture, and then the name, of Amir Locke. It stayed with me. Locke was fatally shot Feb. 2 in a Minneapolis apartment by SWAT officer Mark Hanneman, executing something bizarre — but apparently well-known in this country — called a no-knock search warrant.

The number of names in and around the Square keeps growing, as does the resolve of those working to ensure that Floyd’s legacy endures in a global memorial.

I returned to my temporary home in St. Paul and rewatched “Two Distant Strangers,” a spectacular tribute to Floyd and others like him. It tells of a young, well-to-do Black man caught in a time loop trying to get home to his dog after a night of romance. While the time loop is science fiction, the system that stands mercilessly in his way is neither science nor fiction. And that system reeks of white privilege and racial injustice.

The film ends by listing a few dozen Black people killed in a mockery of the law by its so-called keepers in recent years.

The closing frames ask us to “Say their names. Remember their names.” Something I saw written throughout the Square.

It really is the least we can do.