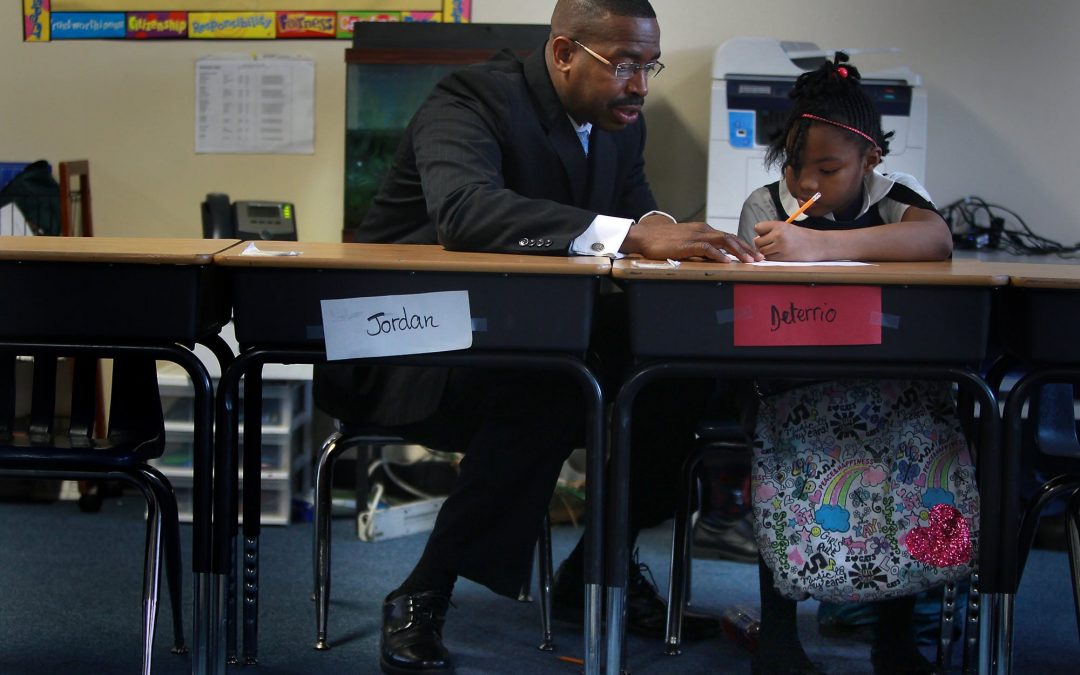 Shrinking the achievement gap in education 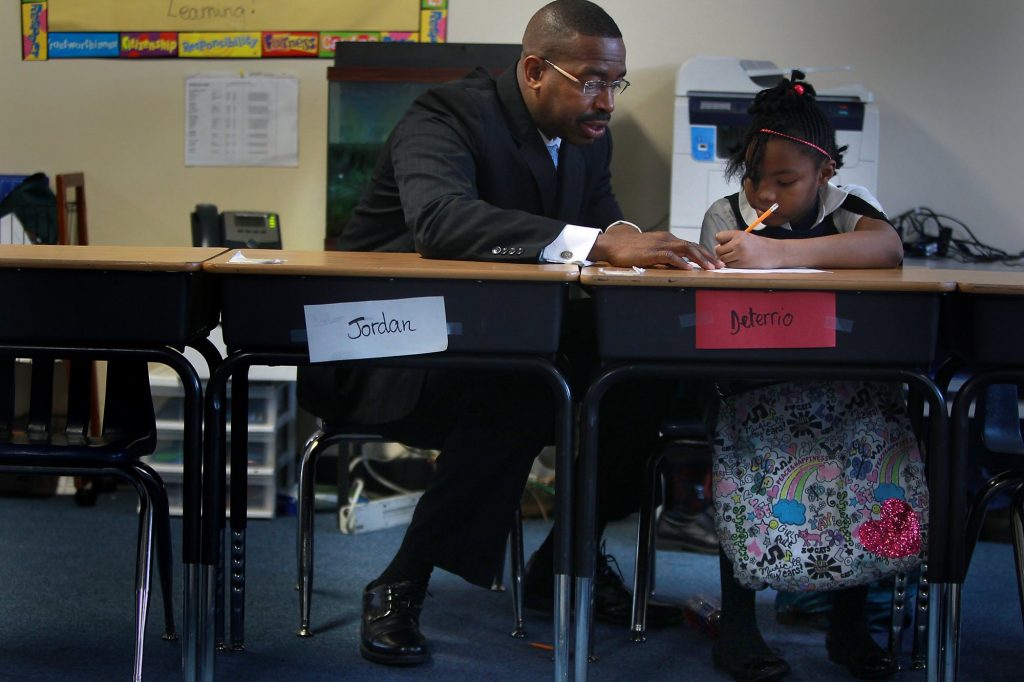 Eric Mahmoud and a student at The Sister Academy

In the United States, like in Brazil, black students as a whole often perform worse than white peers in standardized testing, and have lower graduation rates.

To battle the racist stereotype that black students lack potential in comparison with their white peers, Eric Mahmoud choosed the name The Best Academy for the charter school he opened in 2008.

Mahmoud’s connection to education started by influence of his wife, Ella Mahmoud. A graduated engineer, he quit his job in 1983 to become the principal of an elementary school with 24 students in which she worked as a teacher. 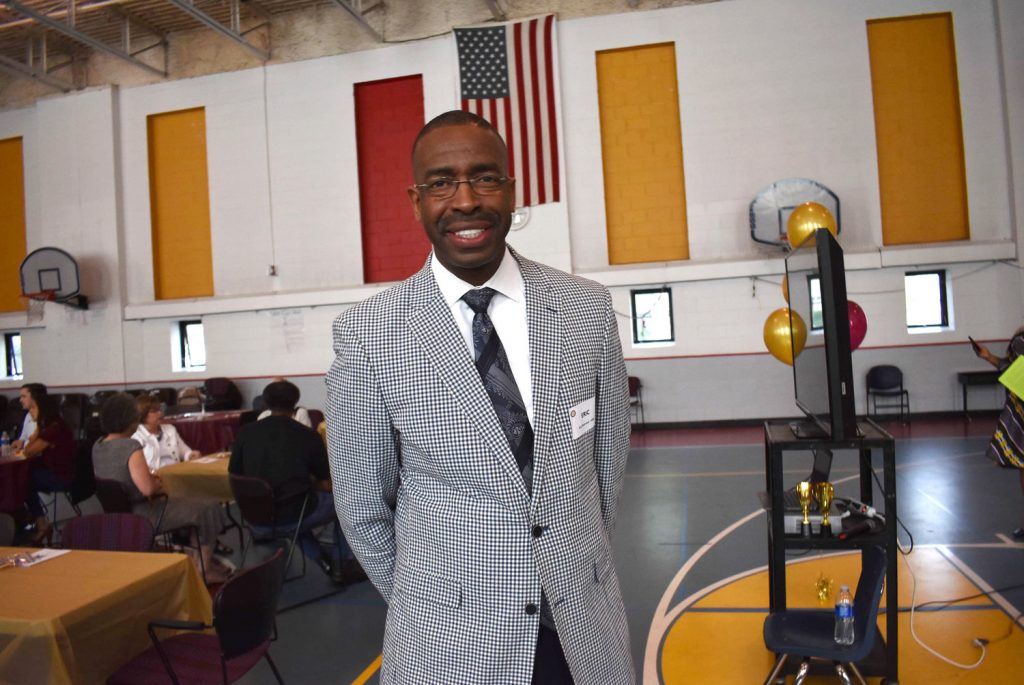 Eric Mahmoud, founder and CEO of the Harvest Network of Schools

“The challenge of educating black children is not a hardware problem, but rather a software issue,” Eric Mahmoud says, adding that: “Our students start the run at least one mile behind.”

Today, The Best Academy is part of the Harvest Network of Schools, which also includes Harvest Preparatory, Sister Academy, Best East and Mastery. Together, they serve nearly 1,200 students, mostly low-income black boys and girls, and many of them children of Somali immigrants.

In 1992, the network – and the couple’s vision of a better academic future for minority children – gained momentum, thanks to a $200,000 donation from the late music legend Prince, which helped grow the network.

The schools’ programs have since been structured for academic rigor, which includes longer-than-average school days and longer school years.

Some students’ lives have been successfully transformed by that formula. For example, the boy who came to Best Academy in fifth grade, two years behind in math and three behind in reading.

He immediately was put on a schedule to catch up, which included two hours of reading daily and four hours of additional math tutoring once a week.

In less than 10 months, the boy met the state standards in math and exceeded those in reading.

Mahmoud describes dozens of stories like these in his book “Best In Class – How We Closed the 5 Gaps of Academic Achievement”.

That reality, however, is in contrast with the uneven achievement that persists outside of the boundaries of Harvest Network of Schools.

According to the latest round of test scores from Minnesota schools, based on the 2017-2018 school year, there is a 35 percentage point gap between white and black students in reading and a 38 percentage point difference in math statewide.

Experts like Sami Kitmitto, principal researcher from American Institutes for Research, connect these discrepancies to the social environment. 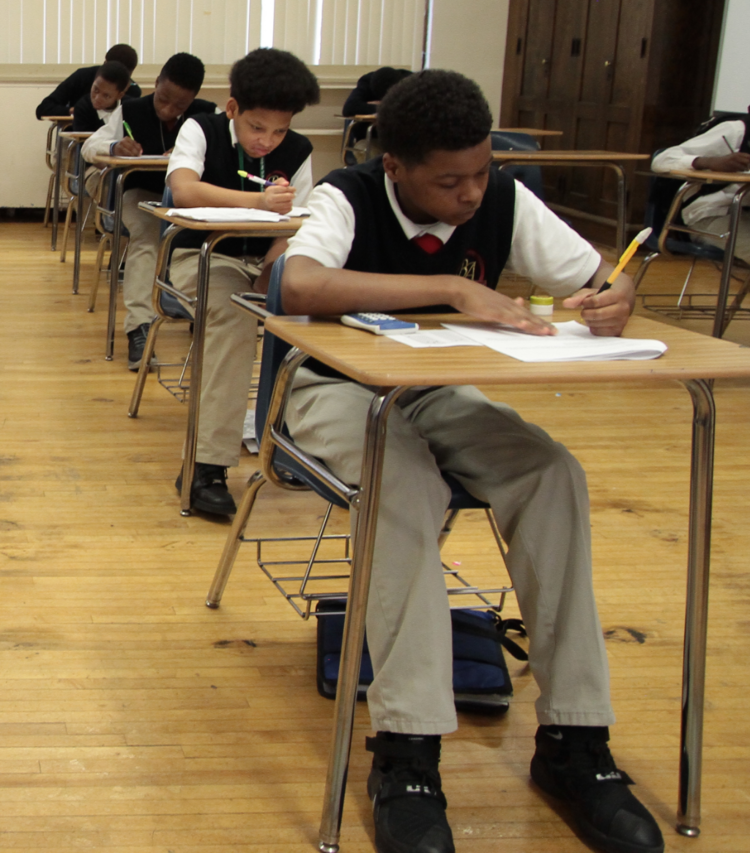 Students at The Best Academy

In his book, Mahmoud mentions numbers from The National Assessment for Educational Progress according to which in 2012, the poverty rate for black children in Minneapolis was 61 percent, versus 8 percent among white children; 25 percent of black students were homeless or highly mobile; and 51 percent of black children’s families had single heads, primarily female.

This relation between social vulnerability and educational underperformance is also present in Brazil.

The most recent data from the country’s government shows that the racial gap in the country remains of 26.1 percentage points in Portuguese. In mathematics, it climbs to 24.9 points.

As a result, 50 percent of black students don’t complete high school, versus 5 percent of white students, and black Brazilians are only 12.8 percent of university attendants, according to the Education Bureau.

In America, 82 percent of prison inmates are school dropouts. In Brazil, 64 percent of them are black, according to Infopen, the official study from Brazilian federal government on imprisonment.

If not for empathy or social justice, then for the better development of societies and economies, overcoming racial inequality in education remains one among several challenges in both America and Brazil.