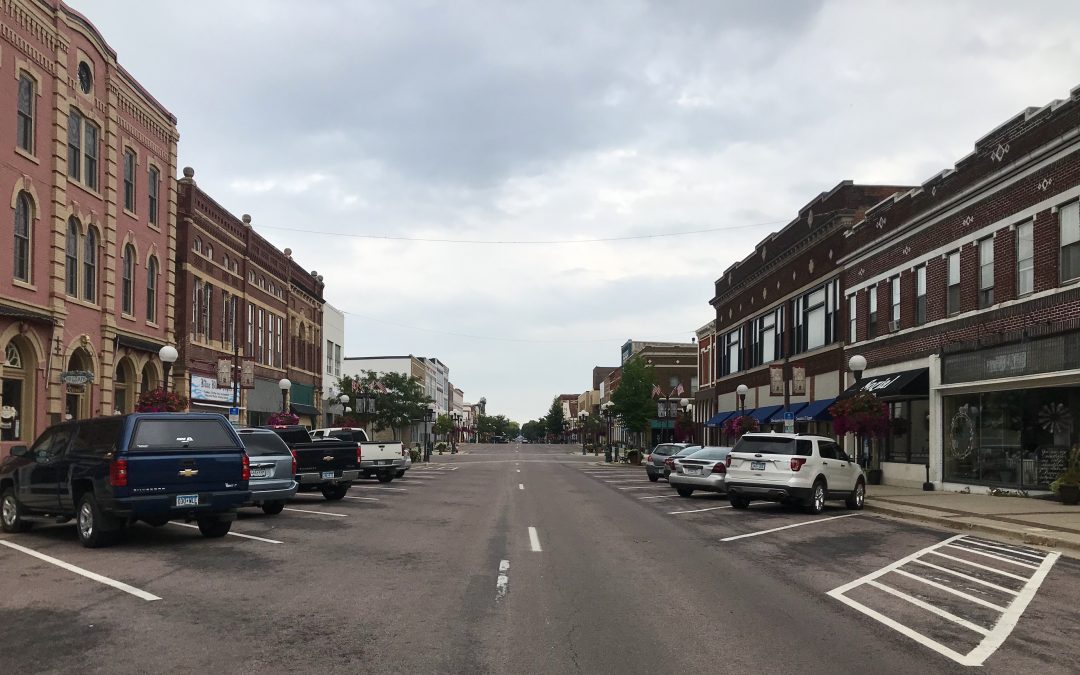 Earlier this year, President Trumps named Baltimore “a disgusting, rat and rodent infested mess,” in a racist attack on Democratic Rep. Elijah Cummings. The president suggested that conditions in Cummings’ district are “far worse and more dangerous” than those at the U.S.-Mexico border, but offerred no proof for that.

This week, Mike Howell, senior adviser with the conservative think-tank Heritage, used the supposedly high crime rate in Baltimore as an argument for restricting immigration in a meeting with WPI fellows. He said there were safer places in Mexico than Baltimore, so asylum-seekers from Central America should just settle there, and not try to get into the United States.

Small-town America was high in our topics for discussion this week. Both as an explanation for the 2016 election results that gave way to what sociologists call “the spiral of silence,” as well as to a potential breath of fresh solutions for state-wide problems: integration, employment, community work, etc.

The need to talk about what works, just as much as about what doesn’t, stood out to me. And not in a big, abstract, policy-type way, but in a step-by-step, small-town way.

All newsrooms we have talked to – from the The New York Times and The Washington Post to Vox – are planning to cover “fly-over America,” and some well-established journalists, such as Thomas Friedman and James Fallows have already done so.

Since 2013, The Atlantic’s James Fallows and his wife, Deborah, have been traveling to small communities that have faced economic shocks, political crises, or other serious hardships, focusing on what works, because they believe “tomorrow’s era is made up outside New York and Washington, D.C.” Last year, they published a book about the successes of these small towns, and are now working on an HBO documentary, and next year they will start connecting the people who take similar actions throughout the country. (These are some excerpts of his series on the city of Danville, Va., reinventing itself.)

Friedman, The New York Times columnist and three-time Pulitzer winner, is also looking for the news “in the silence.” He wrote a series of  stories on small-towns and the people who run them successfully.

In Lancaster, Pa., for example, he found a group of respected volunteers who’ve met every week since the early 2000s to make research-based recommendations to the city and/or county to fix problems – such as a shortage of clean water or improving urban spaces.

Friedman found that success lies with the cities that can manage diversity, reach inclusion and have a critical mass of “leaders without authority,” like Lancaster does.  People who would not let the city die. People who would turn their town into a destination, not just a drive-through place. (After some 10 year, Lancaster was named one of the “10 Coolest U.S. Cities to Visit,” by Forbes magazine.)

These pieces don’t get the attention or the traffic that Trump’s tweets do. And these small towns aren’t on the president’s radar, except when used for political purposes.

“Trump is not actually thinking about small-town America, he’s not the real voice of the places he says he represents,” Fallows told us.

To me, that is just another reason for journalists to do so.