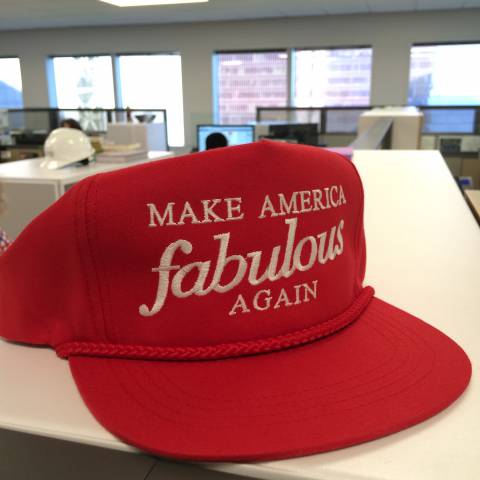 One question has been repeated over and over again as we´ve been travelling around the country. People kept asking it in northern Minnesota, in the newsrooms of the eastern coast legacy media, in the deep south and in the relaxed California.

“We are in middle of this crazy election… so, what do you think of us now?”

Dear Americans, let me tell you what I think. You don´t need to hear my views on the presidential candidates, especially the one everybody keeps talking about. I think there already is enough of talk on this matter.

But I do want to answer the question. I think Americans are generous people. I admire Americans´ willingness to volunteer, and the WPI fellowship is a great example of this. Dozens of people have been willing to give their time and effort to make my stay and travel across the US possible.

I have learned that many Americans have solution-oriented mindset. We have heard a great deal about the new ways of funding the media, and new ways of adjusting to the new and constantly changing digital, mobile and social era of the profession.

This attitude is soon going to be essential to the country, because Americans do have a huge challenge to conquer.

The country has become very partisan and numerous people are going to be disappointed after the election whatever the result might be. Americans are not going to need to solve all the problems of the other half,  but it would help to make oneself aware of the thoughts and reasoning behind them. Problems need to be broken apart in order to create sustainable solutions.

Many Americans have told me they have become more careful when talking about politics. They either don´t want to upset people with different opinions or they don´t want to get upset themselves.

I think it´s better to get upset than to accept the consequences of increasing political animosity. It is always easier to talk people who agree with you, but it often is more interesting to talk to those who don´t.  Just remember one thing: Let the American hunger for solutions be part of the discussion.