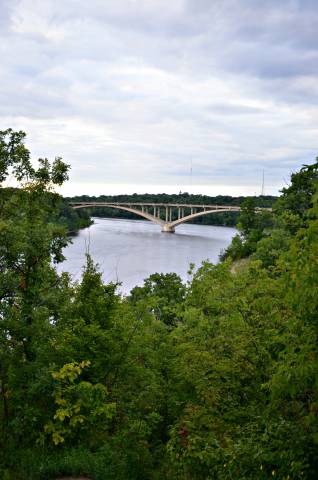 Tel Aviv to Lake Wobegon: Getting settled in the Twin Cities

A series of posts where I’ll be updating readers on my trip to the U.S. as 2013 World Press Institute fellow.

I haven’t really won many things in my life, so it was quite the pleasant surprise when I was awarded a 2013 World Press Institute Fellowship. I’ll be roaming all across America with nine other journalists from Australia, Bulgaria, China, Colombia, Finland, Ghana, Kuwait, the Philippines and Russia. We’ll be visiting some of the biggest newsrooms in the States, meet politicians and federal officials, examining press and media innovations and learning about social and cultural diversity. Following three weeks in the Twin Cities, based at the University of St. Thomas in St. Paul, we’ll travel to New York, Washington, D.C., Atlanta, Miami, Texas and California, among other places, before returning to Minnesota for the final week of the program.

Actually, I’m pretty excited about seeing this part of the country. It’s a region I probably would have never set foot in if I wasn’t invited, like I was for this program. I don’t know much about Minnesota. The only things I do know are probably from joining my parents when they would listen to Garrison Keillor and the News from Lake Wobegon – and that place isn’t even real!

Turns out I’m the first Israeli in the program since 1999. Some other journalists who took part in the program in the past include Dov Gilhar, Rafi Reshef and Yaron Dekel. I hope to write as much as I can about the trip for +972, but this depends on the spare time I have and on the frequency and interest of new insights I hope to obtain.

Anyway, I just landed in the Twin Cities on Friday, and after a few hours got my first glimpse of the mighty Mississippi. 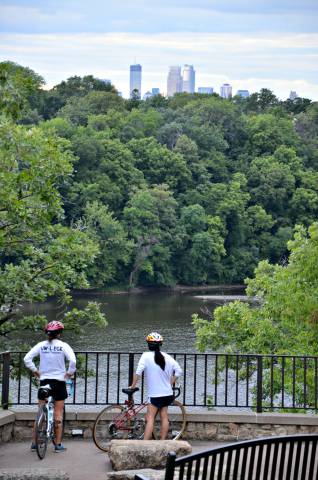 The Mississippi River, with downtown Minneapolis in the background

The campus of the University of St. Thomas is small yet beautiful. Very green and very well kept. And pretty empty – all the students are on summer vacation. 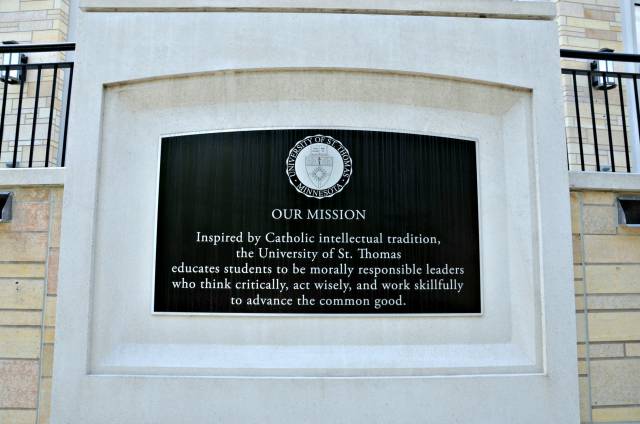 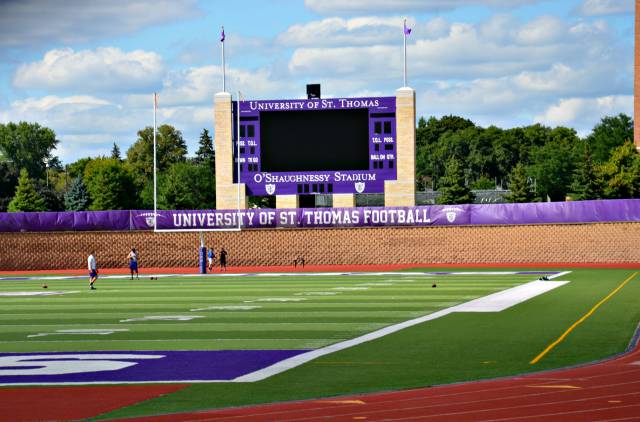 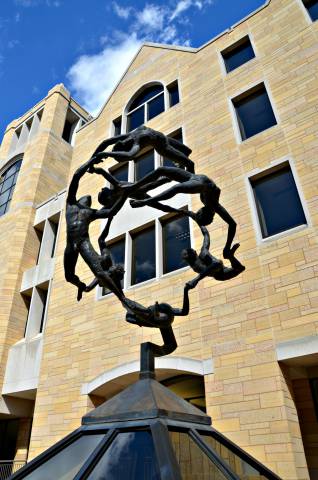 This beautiful church is right behind our rooms. There seems to be a wedding there every couple of hours. In fact, during our short trips off campus, as we passed the many churches in St. Paul, there seemed to be a wedding going on in almost all of them. 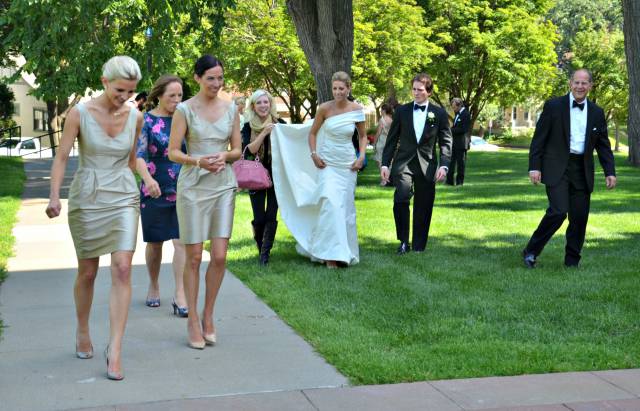 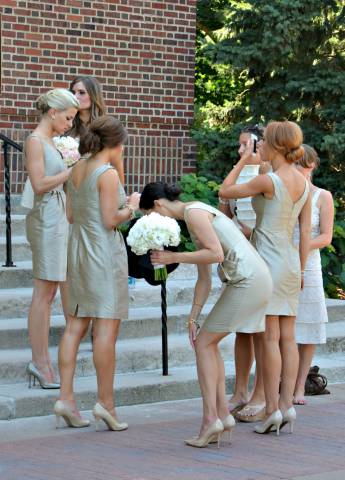 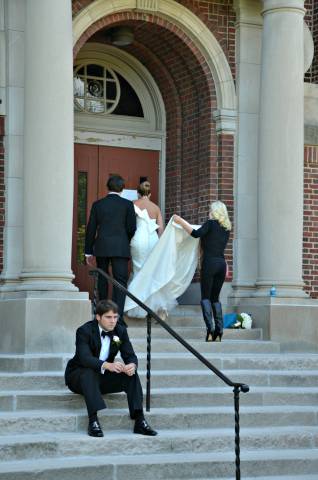 Well, that’s pretty much it for the first installment. The real program begins on Monday. It’s packed with a lot of sessions, visits to places I’ve dreamed of seeing the insides for years and more. Wish me luck, folks!