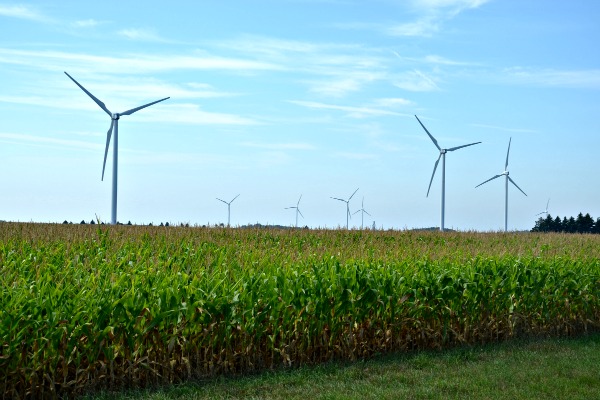 Tel Aviv to Lake Wobegon: My heart is in the East

Today is one of those days where I remember a poem by the famous Jewish poet of medieval Spain, Rabbi Yehuda Halevi. The first line of “Libi Ba’Mizrach,” (My Heart is in the East) probably his most famous work of art, is: “My heart is in the East, and I am in the uttermost West.”

Rabbi Halevi, of course, was speaking then of his yearning for the Holy Land. I, on the other hand, yearn for my family in Bat Yam.

As I was driving alongside the never ending fields of corn in southwest Minnesota this morning, all I could think of were two things: In just a few hours my eldest daughter will be starting her first day of school in first grade. I’m going to miss that important milestone.

Luckily, I manage to videotape each of my fellowship colleagues wishing Emma “good luck” in their native languages for her first day of school: http://www.youtube.com/watch?v=dowZXJylihs&feature=share&list=UUsUfEEAD3AO40LA_2sMjD5Q

They’re a good bunch, and I’m lucky to have met them.

Secondly, the tension in Syria seems to be reaching a peak that could turn into a regional war at any given moment. If the U.S. indeed attacks Assad, and it seems it will, there is a chance (albeit low) he will retaliate against Israel. It doesn’t seem likely, but if the Mideast is anything it is unpredictable.

The West is also unpredictable. It believes that it’s more moral. That’s why it will stop Bashar from gassing his own men, women and children. But butchering them with good ‘ole fashioned bombs for two years is fair game. That’s OK.

I’m riding in the front of the van with my colleague from Russia, Vera, and we’re trying to find some news on the situation on the radio. Nothing. Every once in a while Vera gets some wifi connection and we get snippets. The State Department is about to release a statement. Surely this will be broadcast live, somewhere on the radio. Nothing. You would think a country on the brink of war would talk about this nonstop, but all we get is Christian rock stations.

Sometimes we get through to Minnesota Public Radio, a voice of sanity in the vast corn fields. But the coverage is lacking, and most of the program deals with the flames engulfing Yosemite.

Between all this, my thoughts also take me back to a discussion I had the day before with a farmer I met in Tracy, Minnesota. A small town of just under 3,000 people, most people there live off the land growing corn, soy beans and hogs. As I munched on the best corn on the cob I’ve ever tasted, picked just two hours before dinner, I asked this farmer where he spends his vacations. He said he’s never left the States, and probably never will. For him, a good vacation is up on the lakes in Ely, or a nice winter relaxation while ice fishing.

Sometimes I wonder if I could have been that man. Far from the heat, the rat race, the war sirens, the military service. The occupation.

Just me, a plastic chair, a fishing rod and an ice drill.