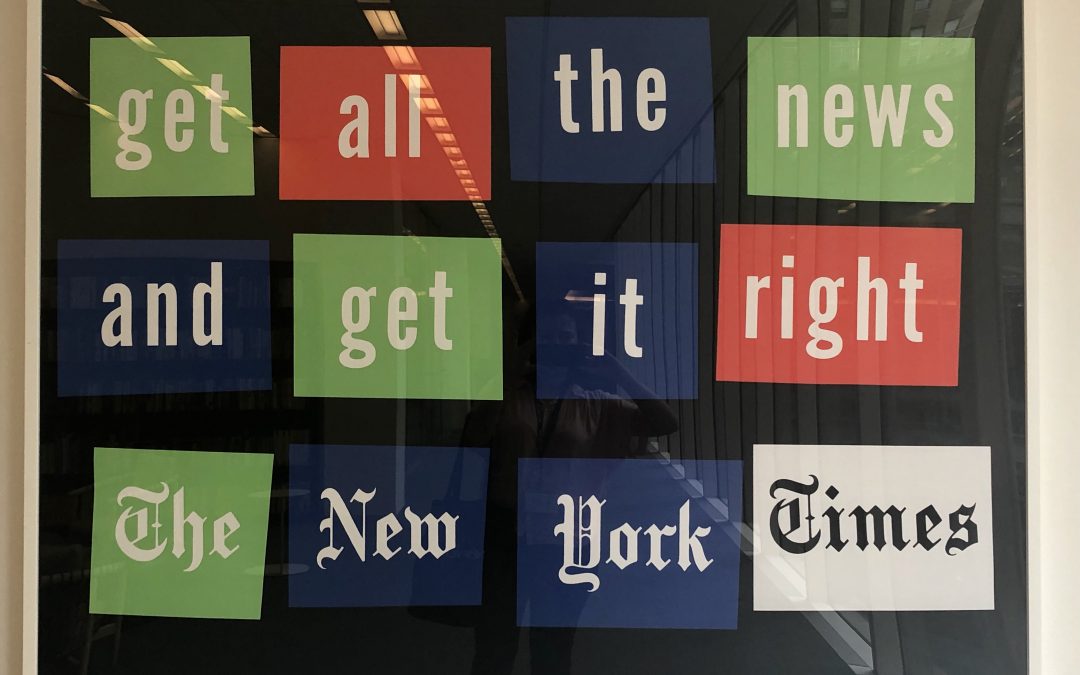 The future of journalism is local and collaborative

“Most local newspapers will not survive in the next 10 years or so,” Dean Baquet, The New York Times’ executive editor told us earlier this week. “I worry about who’s going to cover the areas where there is no money.”

His colleague, National Editor Marc Lacey added: “It will be a big blow to our democracy.”

And they are right. The United States has lost almost 1,800 newspapers since 2004, according to a study by the University of North Carolina. According to Pew Research, 45 percent of newspaper journalists and editors lost their jobs between 2008 and 2017, leaving communities across the country without the much-needed watchdog of fair and balanced journalism. 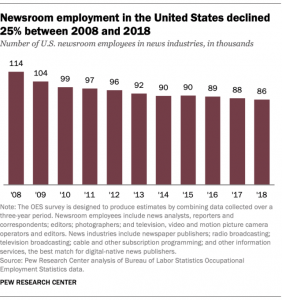 Moreover, readership and subscription rates have also been declining for years. As explained in research papers, such as Oxford’s Reuters Institute for the Study of Journalism 2019 Digital News Report, the reasons for the decline are multiple. One is the increasing preference for consuming news via social media over print. Another is avoidance of news altogether, due to distrust in media and a distaste for negative coverage.

Studies also show that it’s not “positive news” that people need, but solution-stories that report about responses to social problems, not just cover the problems.

Even so, this is not the end of journalism, Baquet assured us. The future of our profession lies with local and collaborative journalism – and many such projects are already proving successful in the United States and elsewhere. As examples, he cited the Texas Tribune, which is a member-supported, digital media organization in Texas, founded in 2009, and a Louisiana university paper that serves the local community.

Journalism – especially political journalism – “should capture the mood,” Baquet stated, referring to the need that journalists be in the field talking to the people, not in the office talking to politicians. When newsrooms struggle with resources though, “capturing the mood” and holding power accountable come under fire.

This is where newsrooms can join forces – and they already have started to do so.

For example, the Columbia Journalism Review, The Nation and The Guardian are launching Covering Climate Now,“a project aimed at breaking the climate silence.” In July, The New York Times partnered with The El Paso Times to co-report a story on migrant detention facilities along the border in Clint, Texas. The media outlets also cross-published the stories in their newspapers and on their websites.

More and more local reporting initiatives come into effect as well, ranging from theindependent startup publication Sahan Journal, covering the the immigrant communities in the Minneapolis-St. Paul area, to models where legacy media cover some of the costs for local reporters and reporting. Two examples include Report for America, a project that pays 50% of the salary for 60 local reporters in 28 states to cover under-reported stories, and ProPublica’s Local Reporting Network, which currently supports investigative reporters in 20 newsrooms across the United States.

“In the next recession, more newspapers will close,” ProPublica’s founder, Paul Steiger said on Friday, adding: “A recession can start in one month or in five years.”

But as long as newsrooms work smartly together and understand that collaboration, not competition, is the key, they might make it to the other side, he said.