The Innovations In Funding Journalism 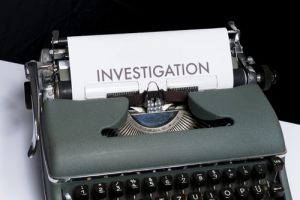 Journalism the world over is in trouble, and this journalist can agree on. The American Press Institute visualizes the challenges facing the media today, and it ranges from information disorder and technology monopolies controlling the internet to media owners focusing too much on profits and the 24/7 news cycle. Journalists are losing jobs in record numbers and the existing business models cannot guarantee a secure future for the profession.

This was why the founders of Politico decided on a new business model that takes advantage of the internet age and places individual journalists at the forefront instead of media establishments. Though Politico no longer has its start-up status and is becoming more of an establishment media after acquiring a new owner, Axel Springer SE, they created a business model that works both editorially and financially.

This model focused on offering expertise and authority on niche subjects, such as politics and the workings of government. They also created niche verticals that served exclusive audiences on exclusive subscriptions. And once they succeeded in all of that, the rest followed, i.e., audience, revenue, and a productive business.

Politico alums went on to create Axios, an American news website that serves up “smart brevity,” that is, a style of reporting for the digital age. They began Axios thinking about the business side of news, basically how to sell it and monetize it. The business model is advertising-supported and, more recently, subscription on news products.

Nicholas Johnson, the publisher of Axios, said he believes that advertising keeps the news free. Before he launches a news product – say, a focus on the environment – he consults with his business team on how to sell it. Then, he hires reporters for this new offering. He believes this is a durable way to build a newsroom rather than the old way of building a newsroom first, then thinking up ways to make it a business.

This old way is often accompanied by a business model that, according to John Harris, one of the founders of Politico, is “designed around the editorial and agenda-setting power of media, which rests on financial power and ultimately started to fail.”

In Nigeria, the old way remains the only way for most publications, and, just as Harris points out, it is failing. For some media businesses in the country, the only way to stay afloat is to have a rich politician benefactor and owner, in turn trading their journalistic independence. New age publishers in the country, however, are seeking more sustainable and independent ways to fund their newsrooms, such as through support from international foundations or angel investors. This is similar to ProPublica, a non-profit that runs on years of donor funding.

These models are not without critique. Although they all swear by their independence and by all indications they are, the freedom laws in America allow them to be so. But there remains the influence of capitalism, the true benefactor, which may continue to determine the leanings and polarity of American media.