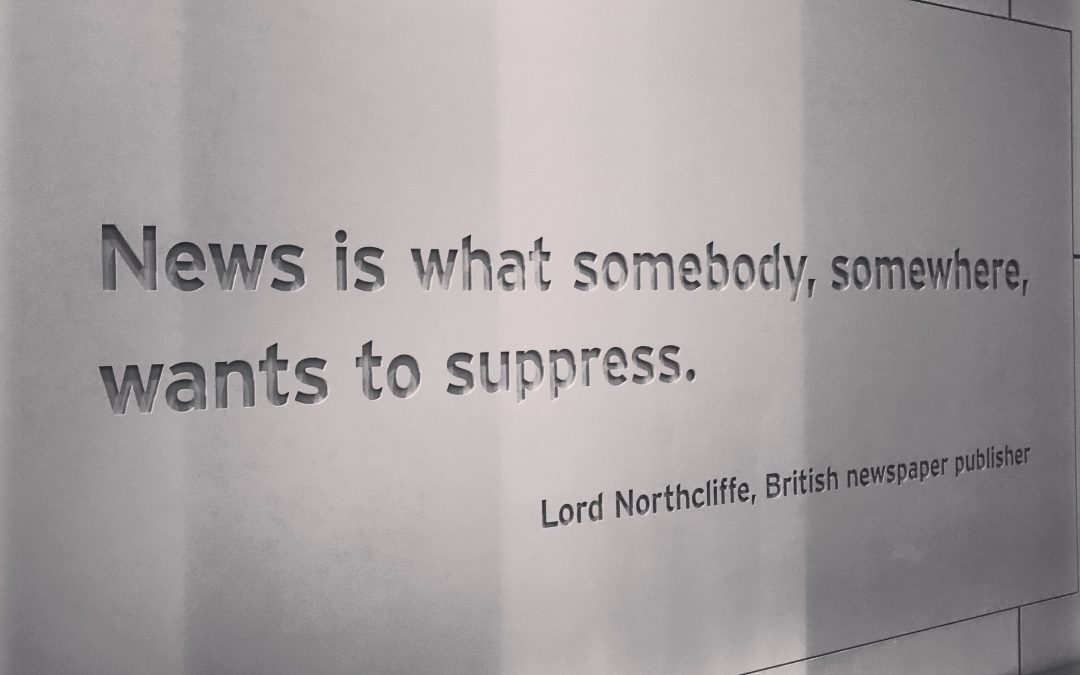 The Newseum is closing, the future is still unclear

The Newseum, a museum dedicated to journalism and the First Amendment, and situated between the White House and the U.S. Capitol, will close at the end of 2019.

“This was a difficult decision, but it was the responsible one,” said Jan Neuharth, chair аnd CEO of the Freedom Forum, announcing the agreement to sell the building in which the Newseum is located for $372.5 million to Johns Hopkins University, a premier academic institution. “We can begin to explore all options to find a new home in the Washington, D.C. area.” 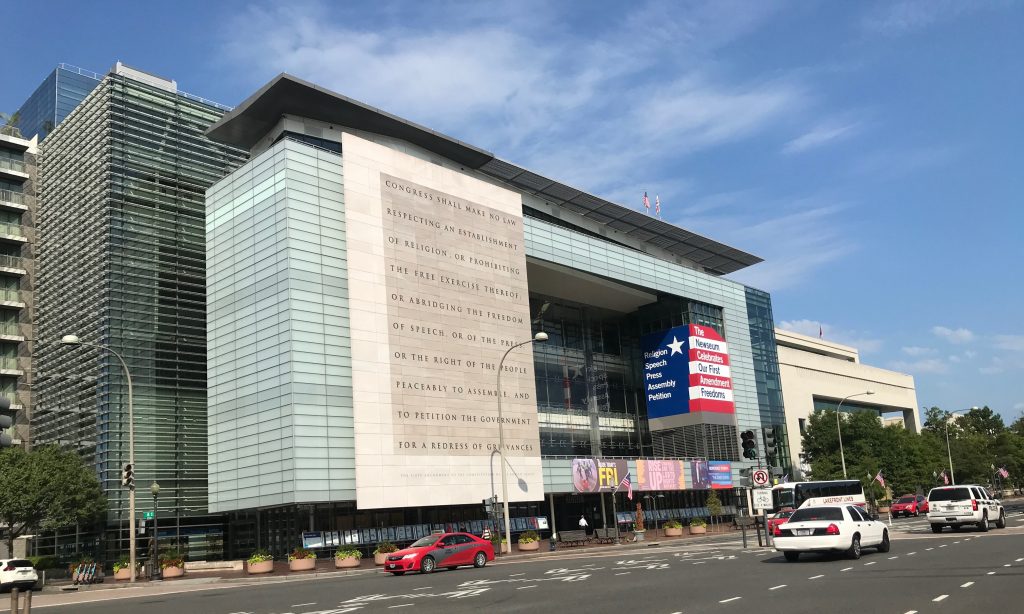 Those words were said in January. Months later, it is still unclear whether a new location will be found. Yet, this building keeps a record of the past, present and future of media from around the world. So, I visited it, spurred by the feeling that its end might be approaching. I walked around its numerous halls, looking at the exhibits for hours. I wanted to see every photo, touch every newspaper page, commit to memory every priceless piece showcased there.

Five years ago, I had my first opportunity to enjoy its sights. In 2014, Twitter was yet to become the powerful weapon used to aggressively attack political opponents. Back then, nobody saw Donald Trump’s victory in the presidential elections coming. Fake news did not completely inundate social media. And in Bulgaria, media owners began increasingly putting a lot of pressure on journalists.

According to the Map of Press Freedom available in the Newseum, now Bulgarian media are partially free with 42 points on a scale of 0 to 100. 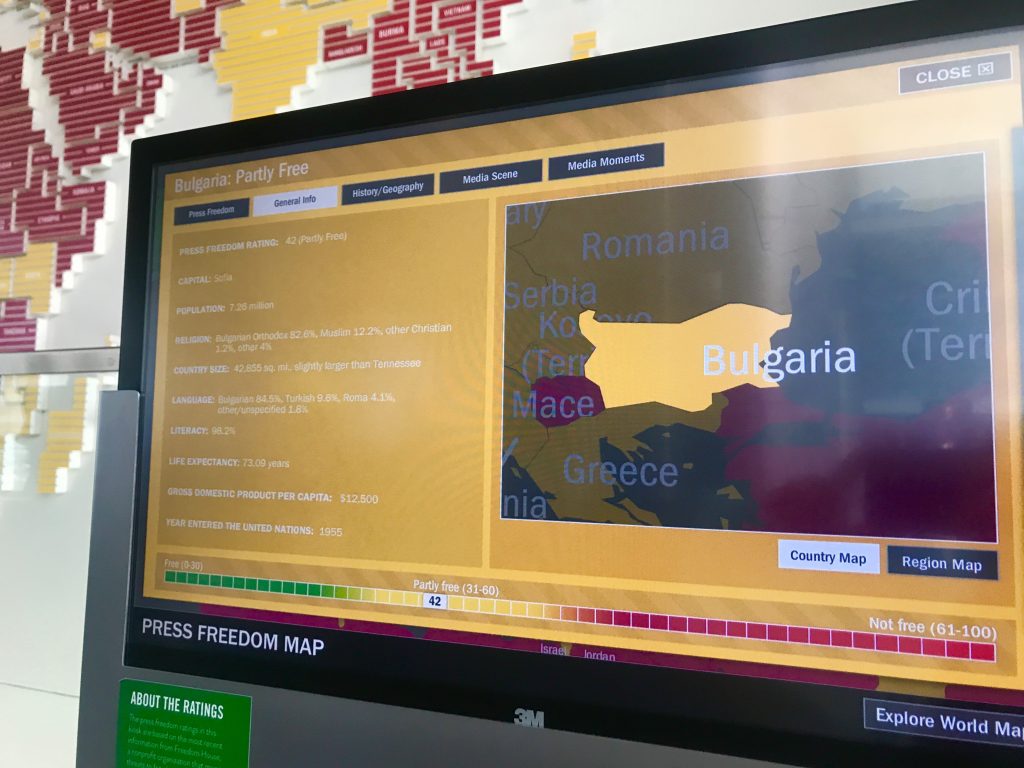 While I was reading this in the Newseum, journalists in Bulgaria were protesting the demotion of a longtime Bulgarian National Radio journalist, Silvia Velikova. The fourth estate suspected this happened because of her tough questions to the only candidate for attorney general. The protesters also believed this demotion came from certain political circles, making it a form of censorship. 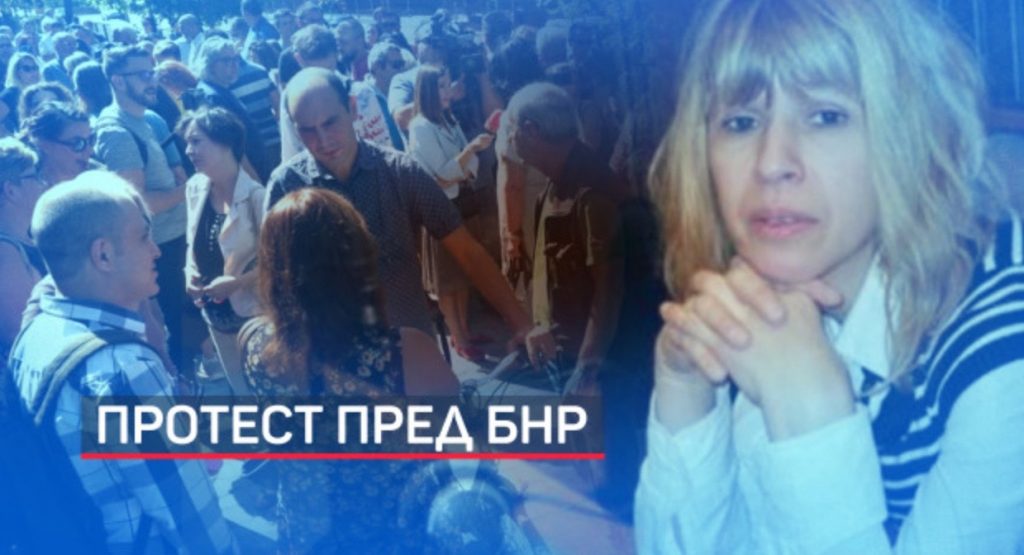 The journalist is back on air. Perhaps concerned by the outrage on social media, Prime Minister Boyko Borisov spoke to her on the phone. Unlike Trump, he does not use Twitter, but somehow always finds a way to draw attention to himself during crises.

Against this backdrop, a sensational website, infamous for generating fake news and for its chumminess with the government, published nude pictures of the girlfriend of Borislav Ignatov, one of the candidates for mayor of Sofia. This also provoked a powerful reaction from Bulgarian journalists.

The Association of European Journalists Bulgaria launched an initiative, using the social media hashtag (translated from Bulgarian) #NoPornJournalism, to call on government institutions, political parties and private companies to boycott unethical news sites. The Association of Bulgarian Broadcasters issued a similar statement, and separately over 20 media sites posted the declaration “Today is the day,” urging all the media to draw a line.

Back to the Newseum, one of the exhibitions has a message: “Тhe trend of embellishing stories with rumor, speculation and half-truths lives on. Not all sensational stories are found in tabloids. Stories that have legitimate news value sometimes get overplayed or hyped in the mainstream news media.”

There is a code of ethics for Bulgarian media, but it is seen by many as only a piece of paper. Many media outlets do not follow its rules, and penalties are rarely imposed.

Just to compare, The Wall Street Journal has a special team responsible for ethical behavior in the media. It reviews sensitive materials prior to publication. The newspaper’s journalists regularly go on special training, too. 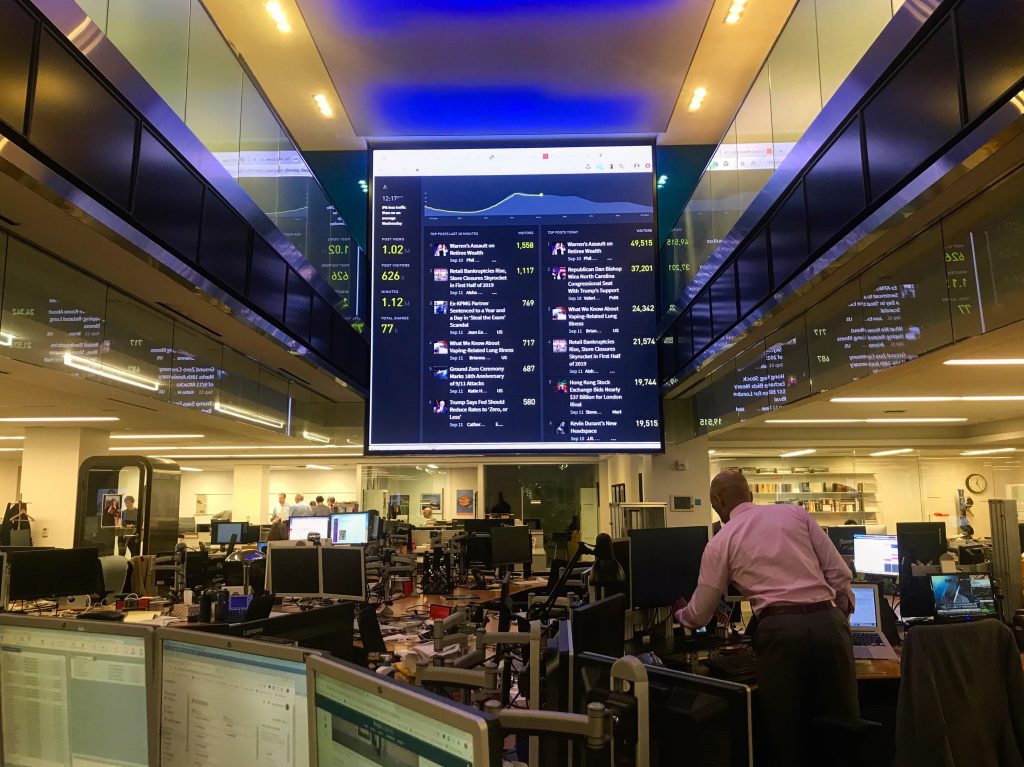 “Amid all the excellent work we produce in this demanding, divided, digital age, the standards editor and team are responsible for ensuring we always maintain the highest and most rigorous standards of fairness and integrity, and are a model for ethical, fact-based news reporting in our industry,” said Matt Murray, editor in chief of The Wall Street Journal.

The media landscape in Bulgaria looks increasingly gloomy and unsatisfactory in comparison with the situation in the United States, but professional journalism is still alive. In spite of the pressure from on high, in spite of the ever more successful attempts to censor the news. 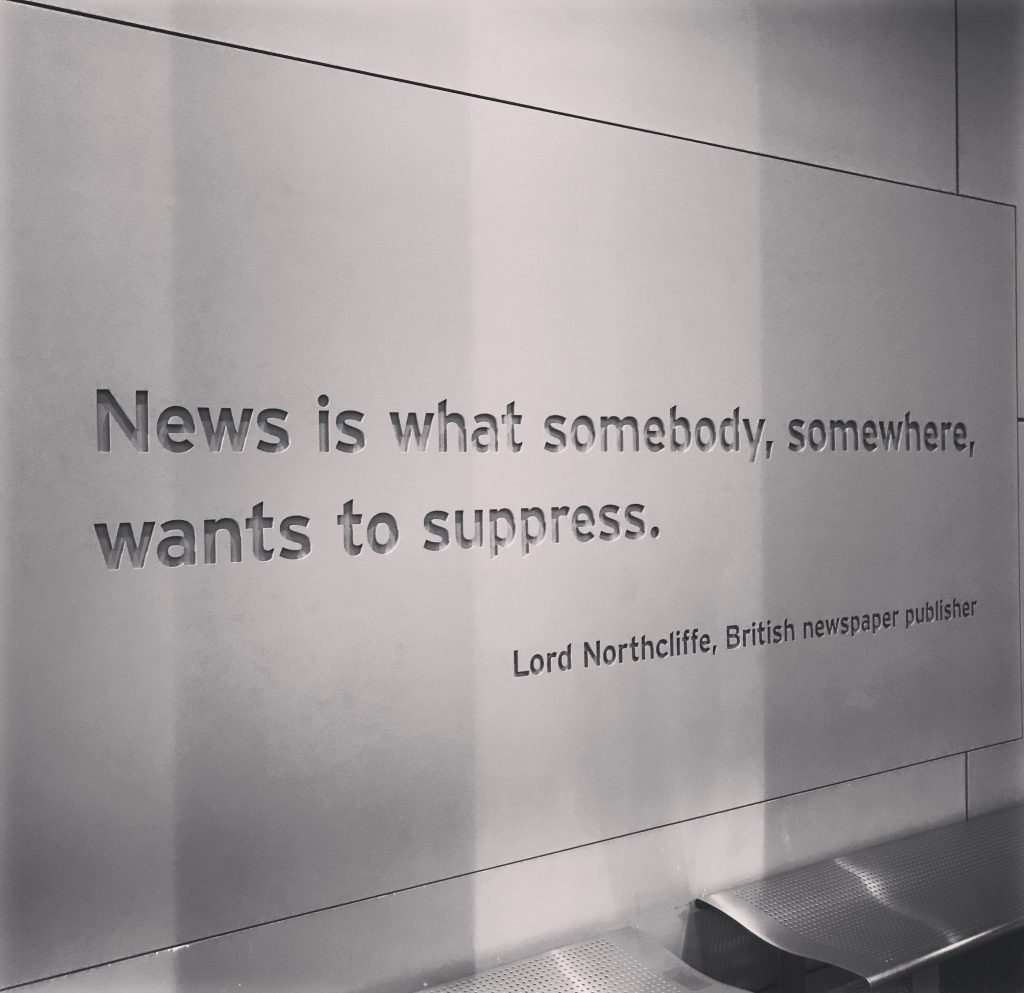 “News is what somebody, somewhere wants to suppress,” one of the walls in the Newseum reminds us encouragingly. It reminds us for now, while its doors are still open, in the heart of Washington.