The owners of the Agora 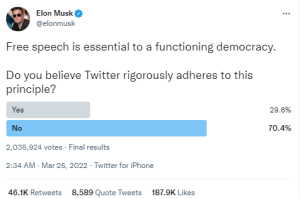 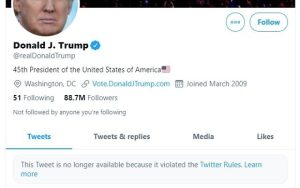 Since the beginning of human socialization, it was clear that a basic agreement between the members of a community was needed in order for that community to prevail. The Greeks, precursors of modern democracy, had a physical place where important things regarding their society were discussed: the Agora. Back in the 5th century BC, adult men who owned land and had a citizen status were able to have their voices heard. Fast-forwarding to today, several constitutions around the world guarantee freedom of speech, giving many of us the means to be heard. Especially since the internet launched in 1993.

The Internet seemed to become the new Agora. This time, all you needed was a (costly) computer, an internet connection and something to say. But technology evolved fast and suddenly you could post, stream and do almost anything with only a smartphone. As of today, nearly 84% of the global population owns a smartphone, according to bankmycell.com. You would be right to think it is a very high percentage. However, that means over 17% of the global population is left out of this access to democratic free speech.

We can think of the whole Internet as a humongous Agora, but that wouldn’t be accurate. People are scattered across the world wide web. Depending on where they are located and what their interests are, they will choose their way of communicating and interacting. This is the first step of audience fragmentation.

If you look at the numbers, Facebook is the social media platform with the most active users around the world. In fact, Statista.com counts 2.91 BILLION people are active in Facebook worldwide. We have a public space of free speech for 2.91 billion people, which sounds pretty good. But Chinese citizens have not had access to Facebook since 2009. They use WeChat. Only 1.26 million people in the entire world use WeChat. We came down from billions to a little over a million.

Let’s focus on Twitter and due to the controversies around it blocking some high-profile accounts. Twitter describes itself on their website as “a service for friends, family, and coworkers to communicate and stay connected through the exchange of quick, frequent messages.” This description is vague, but it has a friendly and familiar side to it. However, Twitter has been known to be the virtual place where people engage in enraged discussions and where sensitive content is shared. Twitter can be very good or very bad depending on the use of it. When I had the chance to talk to a Latin American representative of Twitter and we were discussing online harassment, I asked why the platform allowed anonymity. Her answer was that Twitter wants to give a voice to people who can’t disclose their identity for political reasons.

Celebrities and high-profile politicians are on Twitter. Everyone is allowed to say what they think and it is somewhat like the free speech amendment in the U.S. Constitution. But then censorship happened. When former U.S. President Donald Trump had his account blocked, many people were happy because they didn’t like what he had to say. But even so, he was the President of the supposedly most powerful country in the world. And he got kicked out.

Twitter and Facebook are privately-owned companies that have the right to set their own rules, but they emerged as the place were everyone had a voice. Down the road something changed and they, as every other social media, became the owners of the Agora.