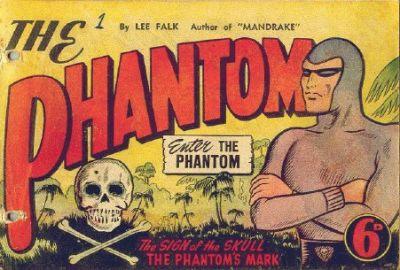 Just a week in firang land, they tell me, “Stop talking on the phone all the time.”

Piercing a poor reporter-starved of vegetarian food (and I am not even demanding warm, cooked vegetables and more than happy to say, ‘all good’ at the site of raw broccoli, lettuce, cauliflower and carrots, two times a day), without a laptop, without an Iphone or a Blackberry , a time difference of ten and a half hours with India, dabbling with jet lag and onslaughts of sleep disorders, restless to find a true, ethical employer who does not shoot ‘bleeding heart’ story ideas when she returns back home-with that severe a dart, loaded with pronouncements and remorselessness is nothing less than a homicide.

When they call you strong and brave and what not, the underlying hint is to never get back to them with the news that the earth has slipped from under your feet. And even when you are slipping into an abyss, you are flexing your muscles and posting ‘See, how cool I am-facebook pictures’. And if you say, ‘I am missing home’ to your peers, they ask, ‘Why did you apply for the fellowship’ and if you confess that to people, whom you are being accused of chatting with, on the phone, ‘all the time’, they think, you are an unattractive, sissy.

Back to the damn phone, in history, I have lost friends for not taking their phone calls. And then I was in St. Paul’s university accommodation with an extremely huggable, perky roommate from Brazil who is a light sleeper and gets up even at the sound of a text message, with a time difference of just two hours (I love you, Leda). For damage control, I slept on the couch in the living room for three weeks with two doors latched between me and her so that my phone banter does not muddle up her sleep. But reclaiming lost glory can be as difficult as peeling a pomegranate without staining yourself.

It is hard to recollect the moment of collective epiphany for my WPI peers when my struggle to match time difference, often trying to make calls late at night or early in the morning, just between taking a shower, eating yoghurt and leaving for an early morning appointment, my reputation from a non-phone person changed into a compulsive phoner.

It made me desperate to resort to cliches. Dont you know, in India, not everyone is wi-fi-ed all the time. Where the norm is to check email once a day, that too, if you are at work (and I am only talking about the semi-privileged, without smartphones and without a 2Mbps broadband connection folks) Infact, I too set up my skype account just a week before joining this caravan for surviving skills and staying alive,to be able to find solace in taking a look at the two cats, who are the most recent love of my life, and to tell myself that the world is not falling. My mother, who has just recently learnt to send emails, is yet to recover from the letter writing tradition of pouring cupful of emotions. So, my relationship with her was clearly not working out that way. I just knew that our love is better meant for ‘How are you? Are you eating well? Wearing woollens?’ type to-the-point conversations.

My despair at being reduced to ‘that girl on the phone’ was so strong that I often found myself on the verge of uttering, ‘You know, 60,000 villages in India still do not have electricity.’ Or, ‘So what we mill millions of software developers every couple of years, out of a population of 1.2 billion, the internet penetration is still 10 percent.’ I felt multiple nations conspiring against me by flaunting their less noisy, less apparent and more spy-like modes of communication, where as I was stuck with a Global calling card and a no-contract phone, that stuck out like a mammoth, among the sophisticated yet vociferous BBMing, What’s App-ing and iPhone-ing systems.

I felt that my acquired efficiency, during my teenage and college year, in making secretive calls to crushes, friends and good for nothing boyfriends, inspite of my vigilant parents, had betrayed me. It made me feel old.

And while my heart was breaking, technically or logically, at least the people on the other side of the phone should have offered a bright-coloured, sexy bandage full of warmth and balming effect. But wishful, even-handed, noble-adjustments in life are only meant for pooches like Trouble (May his soul rest in peace), the pampered Maltese who inherited$12million from his billionaire owner Leona Helmsley. Without a wag of a tail, Helmsley, who died in 2007, cut two grandchildren out of her will and evicted her son’s widow after his death and left a part of her fortune to the dog.

And here I was, a stereotyped, deliquent phoner, punching a barrage of numbers from the Global calling card to get through a no-network area person, and when I finally do, I am told, ‘I am busy, speak to you in ten minutes?’. This, without the realisation, that one minute of public visibility with the phone means five times more possibility of me being recommended to At&t as a prospective research specimen. Or, ‘my phone battery is dead’ or ‘Oh, I forgot to call back’ or, to top it all, ‘I can’t communicate well like this, I am not a phone person.’

These sentences, most definitely, attack my chauvinist, non-phone persona. Frustrated, I often pick up my notebook, a freebie from Bloomberg, and scribble, ‘Undeserving, Useless, Ruthless, Let them die without talking to me, I need to talk.’ And then immediately scribble over the last sentence until it is illegible.

Nine weeks, nine journalists, nine countries, nine modes of communication have given me a chance to be a phantom. And it is harder to fight than the real me. That means I am invincible. Means, I declare that from this day on, the phone chapter is over.