​There is No Migration Crisis

Well-known American journalist Ann Applebaum impugns the problem, actually accusing “all of the large European states — Britain, France, Italy, Germany” of having “blocked attempts to create a common foreign and defense policy… Now the consequences are literally washing up on Europe’s shores.”
Though news about the wars of rebellion in Syria and Libya were constantly appearing in media for over four years, for the majority of the world’s population, it faded into the background, no more news than the usual and no obligation for social help.

The fact of a new war of “rebellion” – now in the East of Ukraine – was scary at the beginning. But after a year and a half of military conflict and it quickly became clear that this European war was no worse than others. There were fewer deaths than in Syria and Libya and even fewer refugees – mostly just internally displaced people from Crimea and Donbas (the part of Ukraine where the military actions, or the war, as only Ukrainians call it, is in process). Global politicians look for global points: Millions of refugees from the Middle East grab more attention than a few hundred thousand in Kyiv, Dnipropetrovsk or Kharkiv – the largest Ukrainian cities. 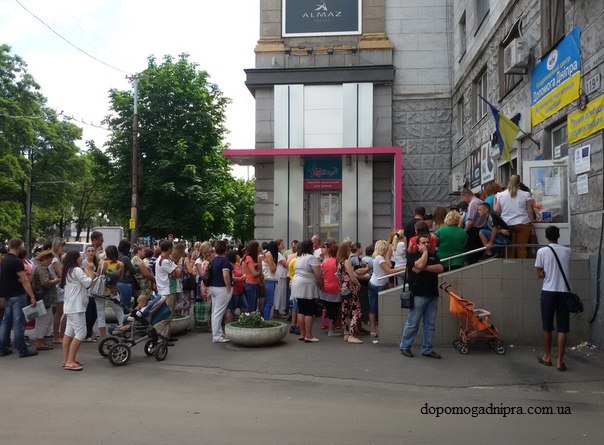 But the real numbers are usually avoided until they cause trouble: The population of only Donbas district in Ukraine is approximately eight million people – twice more people there than the number of Middle Eastern refugees currently looking for safe life in Europe. During the last two years of economic and military crisis the rise of Ukrainian and Russian emigrants increased. A lot of them want to leave these countries for economic stability and peaceful life. The numbers of Ukrainian emigrants are still counted in hundreds thousands, numbers of those who are eager for Western life are in the millions, according to latest researches. The official numbers are doubtful, although the trend was reported in the local media, among others by the English-language KyivPost: “Nearly half of young Ukrainians consider emigration.” If Europe can deny the statement, then why does it continue to postpone the promised visa liberalization? No other reason except civilized way of saying no to Ukrainian immigrants.

On September 5, 2015, US Sate Secretary John Kerry called Russian Foreign Minister Serhiy Lavrov to express Washington’s concerns “about reports suggesting an imminent enhanced Russian military build-up there… these actions could further escalate the conflict, lead to greater loss of innocent life, increase refugee flows and risk confrontation with the anti-ISIL Coalition operating in Syria.” The discussion will take place in UN Session at the end of September. How many lives – either in Syria, or in Ukraine – can these three weeks cost?

These diplomatic statements of concern became common for Ukrainians during the last year and a half. Europe always talks about caution. In fact, sanctions and negotiations have influence. But let’s be frank they can’t stop military power, which means they can’t stop deaths and, of course, the resulting armies of refugees. Bureaucratic solutions like great powers balancing against threats and diplomatic consensus forestalling rogue behavior are exhausted.

So is there any migration crisis? We have to admit that there is no such thing as a migration crisis until we recognize the global political crisis. The ex-leader of Chechnia, Djohar Dudaiev, once said that if today fathers call their cowardice caution, then tomorrow children will call their slavery devotion. The question about Dudaiev’s Motherland under Ramzan Kadyrov and Russia is open. But if the West doesn’t find a real solution to the smoldering war in Ukraine, the numbers show it could soon wake up to find an even larger army of refugees is knocking down its doors.