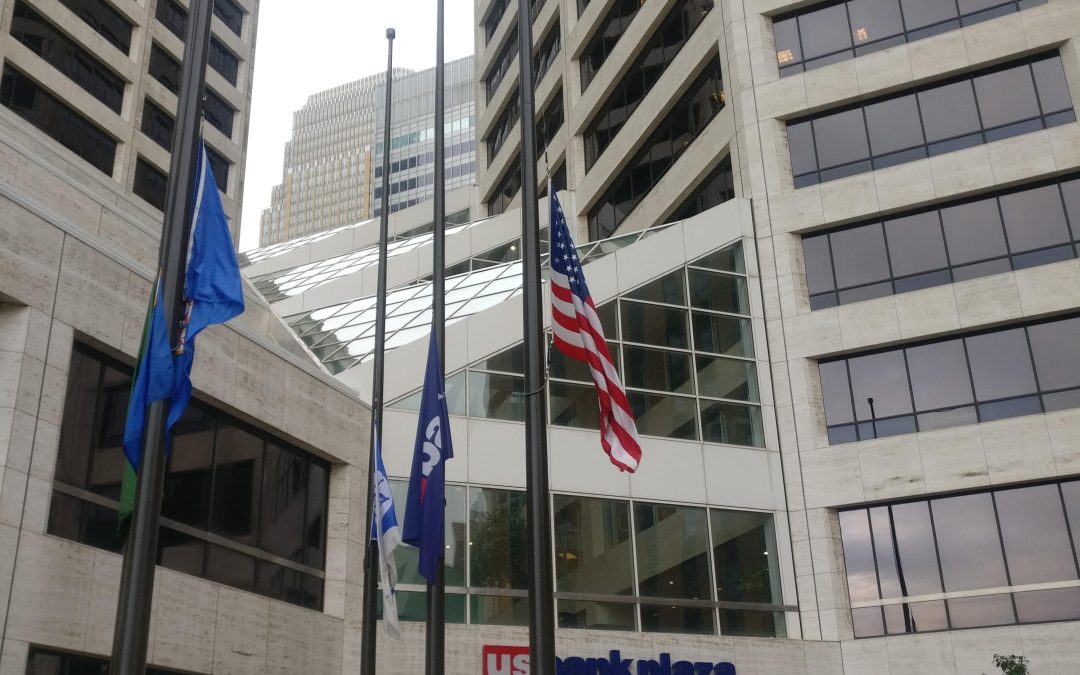 It was set to be an exciting day when the Minnesota chairs of both the Democratic and Republican parties paid the 2018 World Press Institute fellows a visit at the University of St Thomas.

Minnesota Republican Party Chair Jennifer Carnahan was first to arrive, and without much delay reaffirmed her commitments to Republican President Donald Trump.

“We strongly believe that President Trump is delivering his campaign promises in Making America Great Again (MAGA). It’s been almost two years now and our economy is roaring with government data showing 4.2 percent growth in the second quarter while unemployment is at an all-time low at 3.9 percent,” she said.

“Despite the rhetoric out there, President Trump has my full support and we believe that we will also be able to win the majority come November for the midterm elections.”

“We are currently in the midst of rebuilding our party from a devastating loss in 2016. Our party, as you know, had in 2016 lost over 1,000 seats. These seats are the exact seats that we are aiming to win come the midterm,” said Martin.

Martin explained that one of biggest mistake made by Democrats during the 2016 presidential race was to focus on Trump’s questionable personal character, rather than to appeal to voters on the issues that matter most to them.

“That issue boils down to economics. Our party and our candidate, Hillary Clinton made the mistake of thinking Trump’s past and personal character flaws would disqualify him. The reality was that we focused too much on Trump and not on what he stood for,” he said.

“Meanwhile Trump and the Republicans offered them hope through the MAGA platform. MAGA spoke to people’s aspiration and economic-related anxiety more so than “Stop Trump.”

Martin then drew on the fact that independent voters who voted for Trump in 2016 are already or becoming disillusioned with the president, especially because of the ongoing trade war with China.

“We are banking on the fact that these people will either not come out to vote at all, or will vote for us come the midterms. As it is some 60 days now to the midterm, we are working very hard in getting those votes for our party,” said Martin.

Carnahan then chimed in, noting because of the improving economy, America will keep voting for Republicans.

“We completely disagree, but we do it respectfully. And that’s the beauty of America, where we can vote and have a peaceful discussion about it,” said Carnahan.

The midterm elections, which will be held November 6 will take place in the middle of Trump’s first term.