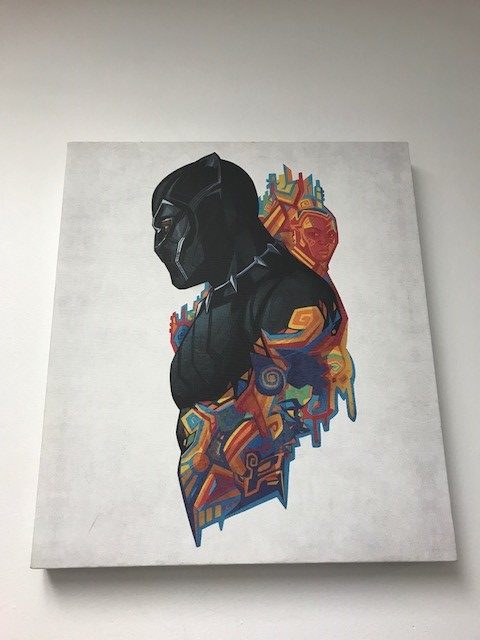 We had the chance to see the excellent 1968 exhibit at the Minnesota Historical Society. What a crazy year it was 50 years ago in many parts of the world, but especially in the United States! So much changed because of the Vietnam War, the political assassinations of Martin Luther King and Robert Kennedy and strengthening Civil Rights movements.

At the end of the exhibition, our modern time was compared to the turbulent year 1968. So many things are still current. Young people around the world have been protesting in recent years against the huge wealth gaps that are getting wider and wider in many parts of the world (e.g. Occupy Wall Street.) Women are once again marching for their rights, enraged by the comments of President Trump and other misogynist currents that are rising and being exposed (e.g. the #MeToo movement and a rising conservatism concerning abortion rights.) People of color are raising their voices against the injustices of today (e.g. #BlackLivesMatter.)

It is fair to say we are once again living in turbulent times. We face huge technological, political and economic changes as the world is increasingly digital and rising economies, especially China, head to the front row. It is estimated that by 2030 China’s economy will be almost as big as the U.S. economy. As former U.S. diplomat Tom Hanson put it: a power shift is going on in the world.

It can be said we now live in a VUCA-world. This means it is a time of volatility (V), uncertainty (U), complexity (C) and ambiguity (A). The U.S. Army War College introduced the concept of VUCA in the late 1980s to describe the more volatile, uncertain, complex and ambiguous multilateral world perceived to result from the end of the Cold War.

In times like these, people have a tendency to seek strong leaders who make them feel safe and secure. This gives populist politicians an efficient weapon. They can feed on the fears of people and promise a return to the good old days. This explains in part Trump’s victory, and the rise of populist and nationalistic parties in many countries. In Finland, we have a party called The True Finns, which is a textbook example of a political party feeding on people’s fear of big changes.

As natural as the yearning for a strong leader is, it is usually not the best way to face big shifts in the world. New times demand new kinds of leadership. I was inspired by Nancy Cassutt, the executive director of Minnesota Public Radio. She talked about the challenges of being a leader in an era of disruption.

According to Cassutt, a leader should always ask herself/himself two vital questions: 1) Do I like people? 2) Am I interested in the success of others? If the answer to either one of the questions is no, one might reconsider leadership as a life goal.

Too often we tend to follow the leaders who have big egos and great ambition. Maybe we should start looking for alternatives.