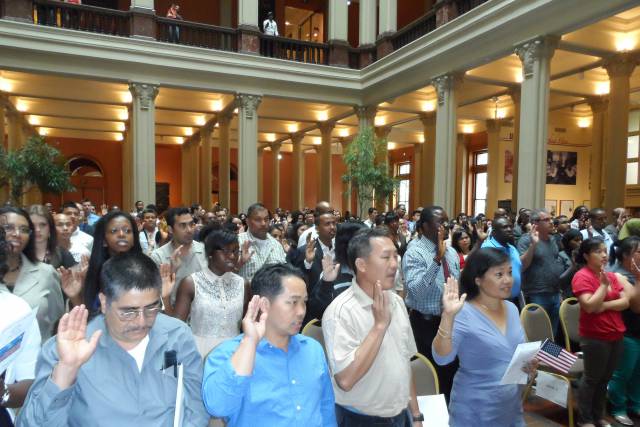 It has been said that there’s a Filipino in every corner of the globe.  Sounds exaggerated to me.  Then, I went to small-town Ely in northern Minnesota (population: 3,000).  I scanned the crowd during a town hall meeting.  All white people. And then to my amazement, I saw a solitary face that, I could not be mistaken, is Filipino.  And I was right.  Her name is Theresa Archer, married to an American and works in an assisted living facility.  I was told she’s 1 of only 2 Filipinos in Ely! 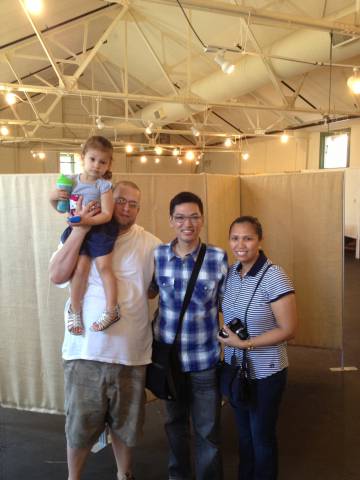 (There’s a Filipina in Ely.  Theresa Archer, right, and family, with the author, center.)

A few weeks later, we attended the naturalization ceremony in Minneapolis, and out of the 208 new American citizens who took the oath were, yes indeed, several Filipinos.  I met Wilma Bible.  She used to work at the Public Attorney’s Office in the Philippines, arrived in the U.S. on a fiancée visa and got married, and now works in a private accounting firm after passing the application with flying colors. 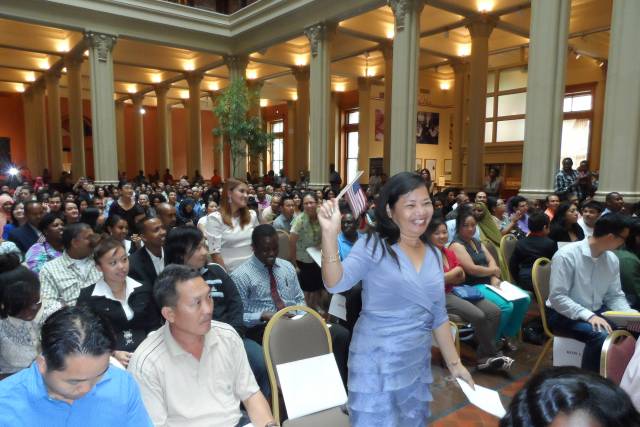 (Wilma Bible, front row, and other Filipinos are ecstatic as they are called to stand up and be recognized as American citizens)

“I was blessed by God because on my 3rd week here in the US, I got a very nice job right away,” Wilma shares, “I did not have any hard time applying for naturalization. I prayed hard and sent my application. 3 weeks after, I got notice for biometrics. 2 weeks after, I got my appointment for test and interview. The lady who interviewed me said I perfected the test and I will be sworn in after 2 weeks. I know it has something to do with God’s blessing.”

But there are also stories of adversity and struggle.  Julia Preston, New York Times national immigration reporter, tells us in a meeting at The Times headquarters in midtown Manhattan that there are some Filipinos who wait 23 years to become American citizens from the time the petition process begins!

The Obama administration has been pushing for immigration reform, but not without hurdles.  In June, the Democrat-led U.S. Senate passed a broad version of the immigration bill that would put some 11 million illegal immigrants in America on a pathway to citizenship in 13 years.  But it would be an uphill battle in the Republican-controlled House of Representatives.

Pew Research Center in Washington D.C. recently asked in a survey if Americans think current undocumented immigrants should be allowed to stay in the U.S. if they meet certain requirements. 71 percent said yes, 27 percent said no.

Why is immigration reform such a divisive and polarizing issue in America?

Fernand Amandi of Bendixen and Amandi International, a Miami-based research and strategies group that had worked on the Obama campaign, tells us that this is because immigration is at the crossroads of 4 hot issues that get Americans all riled up:  politics (immigrants becoming a major voting bloc and political force), money (competition for jobs and resources), race (threat to American way of life) and sex (fertility/birth rates, population issues). 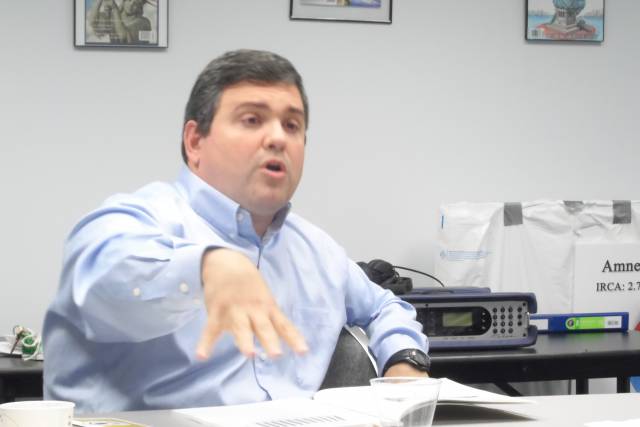 (Strong opinions against immigration.  Steven Camarota of the Center for Immigration Studies)

I am perplexed by these assertions considering that immigrants, throughout America’s history, contributed to building this nation with their sweat, blood, tears and sacrifices. Camarota himself admits his forefathers were immigrants to the United States.

Data from the Center show that the Philippines is fourth in the list of top 20 immigrant-sending countries in 2010 next to Mexico, China/HK/Taiwan and India. 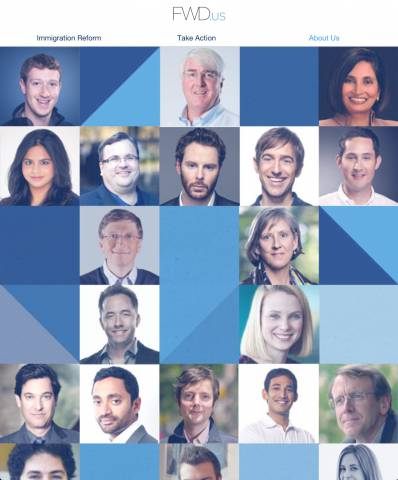 (In support of immigration reform.  Tech leaders and innovators want an open door for the best and brightest to come to America.)

On the other end of the spectrum, there are groups like FWD.US whose goal is to make immigration reform a reality.  FWD.US, also based in Washington D.C. is founded by leading innovators and business leaders like Mark Zuckerberg of Facebook and Microsoft’s Bill Gates.

FWD.US supports a pathway for citizenship for undocumented aliens.  But they’re also pushing for immigration reform for reasons that may well benefit the technology sector, by opening the doors for the “best and brightest workers” to strengthen America’s economy and workforce.

I am certain that there are millions more who want to make it in the United States.  I have nothing but admiration for those immigrants who have paved the way for them and contributed to the fabric of this nation.

But with all these arguments and debates on immigration reform (and all the changes in the world today), I am not sure if the dream is still on in America for this new generation of immigrant-hopefuls.