War in Ukraine: Are we winning? 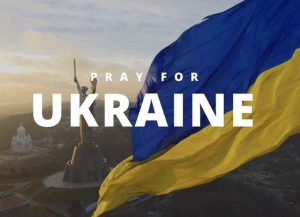 Since the start of Russia’s invasion of its neighbor country, the Western world showed its support to Ukraine in different ways. Governments dictated economical sanctions against Russia, people protested in the streets in several countries, and social media got filled with blue and yellow flags. The West took a stand, and it stands with Ukraine.

However, that stand most people and even media outlets took started to present an issue: How to deal with the information coming from two antagonistic sources? War is fought on many fronts and, besides the tactical and strategic military displays, there’s the narrative. We may not know yet who is winning on the physical ground, but we do know who is in the discourse.

From the beginning of this conflict, Russian President Vladimir Putin denied to his own people his true intentions in Ukraine. The Roskomnazor – the Russian’s regulator of communications – banned the use of the words “war” and “invasion”. Instead, he told the citizens he aimed for a demilitarization and “de-Nazification” of the bordering country, even though the Ukrainian president and a big part of the cabinet of ministers are, indeed, Jewish. The second step in Russia was for the same entity to restrict social media, claiming both Facebook and Twitter were censoring Russia’s media. A week later, restriction turned into prohibition.

Restrictions and bans in Russia reinforced the Western idea of a totalitarian and powerful country that was preying on its weak and poor neighbor. But every villain has to have a counterpart, a hero for everyone to root for and Ukraine had one. Once an actor, a comedian and a new face in politics, Volodomir Zelensky emerged as the voice of resistance. He didn’t take the U.S. president’s offer to get out of the country and appealed to every Western leader for help to maintain Ukraine’s democracy and sovereignty.

Considering all these factors it becomes very difficult to deliver the news and to know exactly what is going on. So states Former U.S. Foreign Service Officer Tom Hanson: “Take TV, for instance, the celebrity journalists that are there – in Lviv, not Kyiv because it’s too dangerous – are focusing on the human tragedy. It would be immoral to talk about the nuances giving the degree of suffering that is going on. I imagine the newsrooms thinking that to show shades of gray would somehow downplay the suffering. People are not getting a full view of what’s happening and, most important of all, we are relying on Ukraine’s information”.

It is a very complicated landscape. It has been 33 days since Russian’s troops entered Ukraine’s territory and the West still wonders: Are we winning?