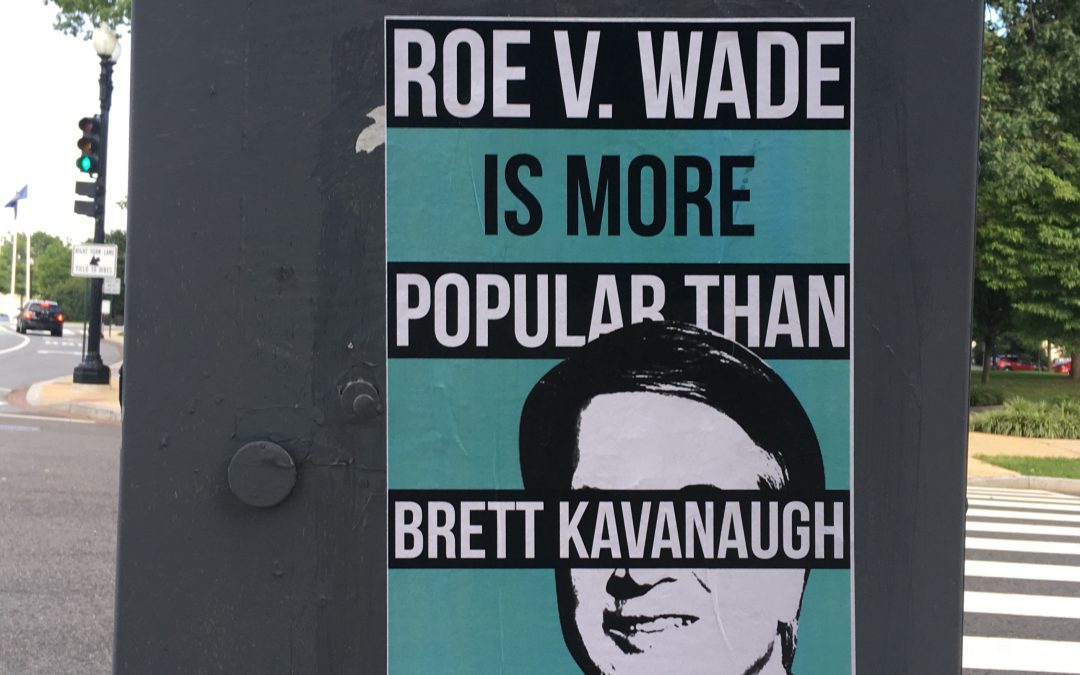 Two weeks ago, before Brett Kavanaugh was accused of attempted rape by a former university colleague of his, Politico White House Correspondent Nancy Cook was afraid the judge’s nomination for the Supreme Court would not get the attention it should because the new book about the chaos in the Trump administration, “Fear” by Bob Woodward, had just been released.

“There’s a split-screen effect with the current White House,” Cook said in a meeting in Washington, D.C., referencing the drama and gossip this administration has been engulfed in from the beginning. “Many people outside D.C. aren’t aware of what’s reality with this administration, what the reality really is and how the government is changing.”

Various women’s groups and congresswomen, among others, have been fighting Kavanaugh’s nomination for the United States highest court. If confirmed by the Senate, he could become a Supreme Court justice for the rest of his life, with great implications on women’s rights. He’s the man that, among other things, alleges that birth control is an abortion pill.

Despite the importance of his nomination and probable confirmation, most mainstream media were focusing instead on Woodward’s book — the true life tale of how the current president has to be managed and controlled by different people in his Cabinet in order not to make rash and uninformed decisions. Even if by now most people suspect that’s truly the case, “Fear” gained much more traction in the media when it was published two weeks ago than Kavanaugh’s nomination.

How things are unfolding in the United States right now is, by no means, of minor importance. “Everything about this moment is unique,” says James Fallows, national correspondent for The Atlantic magazine.

That is true when one thinks of the “reality show” Cook talks about when referring to Trump’s White House. Because of that, journalists in this country have been forced to rethink their strategies regarding political coverage since Trump’s election.

”We are learning as we go along how to cover him,” says Martin Baron, executive editor of The Washington Post.

However, one could argue the changes in the media landscape didn’t start with the 2016 presidential elections but way before, with the digital revolution and the division of audiences in silos – in cyberspace, if not anywhere else.

“You cannot exaggerate how big that change has been,” says Dean Baquet, executive editor of The New York Times. “And right now we’re in the middle of a revolution where it’s important to admit to ourselves that we don’t know everything.”

Enter, for example, the unprecedented anonymous op-ed his newspaper decided to publish right after Woodward’s book arrived in bookstores, signed by a “senior official” of the Trump administration who basically confirmed how extraordinary — if unsettling — this administration is.

(For non-American readers, it is important to stress here that the opinion section of The New York Times, as with all other newspapers, is completely separated from the news section that Baquet currently runs. He only found out about the anonymous op-ed by chance, hours before its publication, and to this day he’s completely in the dark -– like almost everyone -– as to who its author is.)

Michael Siconolfi, The Wall Street Journal’s senior editor, sees things in a different way. Faced with a gossip-prone administration, his newspaper decided to “keep doing what we’ve done for 125 years — keep it centered and keep it factual,” he said.

Both takes aren’t mutually exclusive. Take, for example, how The Journal uncovered the hush payments made by Trump’s (now former) attorney Mark Cohen to adult film stars and other women Trump purportedly had affairs with. “This is not a story about sex, it’s a business core storyline where we simply have to do what we’ve always done — follow the money,” Siconolfi says.

The takeaway is: What once may only have been fit for tabloids “rags,” now has become fodder for legitimate news media, including the most well-established media publications.

Faced with this, long-time serving journalists like John Harris, currently editor-in-chief of Politico, are questioning what awaits the media in a post-Trump world: “To what extent is Trump creating an artificial high based on the fascination/obsession with him that might be disguising journalism’s future? And can we get back to ‘normal’?”

For Paul Steiger, founder and executive chairman of ProPublica, journalists should not lose sight of what’s important, the only unchanged variable in this equation.

Referring to the way Trump has been attacking free press and labeling critics as “fake,” Steiger says: “The president may be waging a war against us, but we’re not going to war, we’re going to work. You can’t stop everything, but the better we do our jobs, the more likely the pendulum will swing in the other direction, away from fake news.”