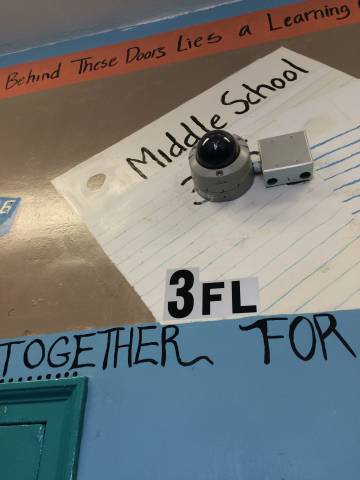 What are the hipsters going to do?

The hipsters of Brooklyn are about to make big decisions – maybe not for just for themselves but for others too. History is very much about momentum. After visiting a middle school in Brooklyn I felt there might be one coming very soon.

The hipsters are known for their tendency to have an effect on their environment. They are cool, they believe in progressive politics and they like to take over the most original and cheap neighborhoods. After their arrival the neighborhoods usually are still cool and original, but definitely not cheap. There aren´t any natives left, because they can´t afford to live there anymore.

This is what has happened in New York neighborhood Bedford-Stuyvesant. Students of public middle school Ron Brown Academy are mostly from low-income black families, but they go to school at one of the most expensive neighborhoods. The school is still there, but the black families can´t afford to live close to it anymore. The amount of students is dropping. The school needs more children in order to survive.

“I want our kids to have same education as in upper west Manhattan”, says Celeste Douglas. She started as the Principal of Ron Brown Academy 11 years ago and has managed to get both the graduation and attendance rates up. The school has started arts and sports programs that have helped the kids to enter other, also good schools later on. Some of the students still are needy, but the staff is devoted and stable.

So here we have a proper school. It suffers from lack of students, because parents with school-aged children can´t afford to live close to it anymore. So who lives around the school?

That´s right – the hipsters! Their children don´t go to school yet, but they soon will. There are charter schools around and there is this public school filled with black and hispanic children. What are the hipsters going to choose for their kids? Is it going to be diversity or segregation?

Our WPI road trip later took us to Atlanta, Georgia. That is where Dr Martin Luther King started with his dream. That is where president  Jimmy Carter spent his childhood in the only white family in the black neighborhood. He played with the African American kids, but  because of segregation laws he was not allowed to go to school with them. It bothered him. As an adult  Jimmy Carter has very much fought against any kind of segregation.

As we are leaving Brooklyn, Principal Celeste Douglas stands on the doorsteps of the school and points out several apartments worth millions of dollars. She is also eagerly waiting. What are the hipsters going to do?