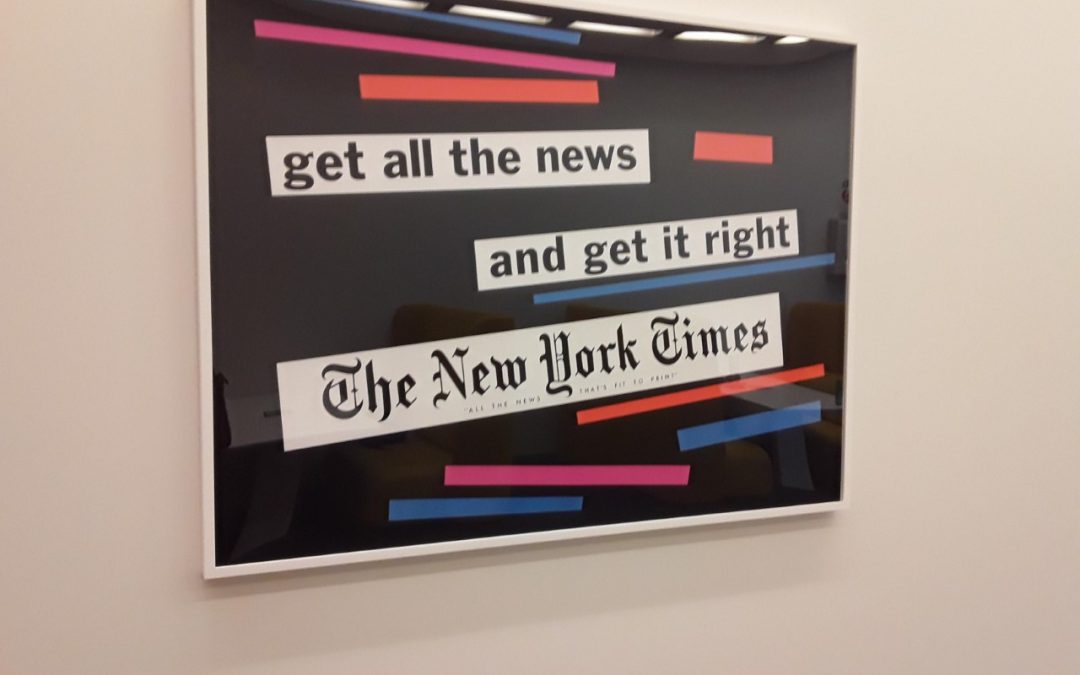 Legacy U.S. newspapers like The New York Times and The Washington Post are using unprecedented language in their political copy with words like “lie” and “racist”.

“We’d never used the word ‘lie’ before we had Trump,” Dean Baquet, executive editor of The New York Times, told me last week. “Language has become politicised in this era.”

Personally, I applaud The New York Times and others for not beating around the bush in this era of “alternative facts”. Journalists like myself who work for news wires are not allowed to do so, because it breaks with agency style where neutrality is paramount. I think, however, evident truth should trump (excuse the pun) neutrality.

“We use the language very reluctantly… The times we have used it is when it was clear that he knew it was false,” Marty Baron of The Washington Post said in response to my question this week.

The editor said they are careful about “attaching labels to everything” as it can backfire. They aim to let people read the article and decide for themselves. So, for example, instead of directly calling the president a racist, they say he used “racist remarks”.

Trump’s presidency-by-Twitter has changed the way the press operates in many ways and seen it – though still protected by the First Amendment – come under fire from the highest office in the land..

“Donald Trump’s attacks on the press are unprecedented and dangerous,” Baquet said. 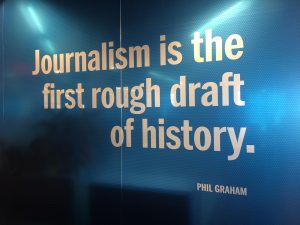 A text on the wall of the offices of The Washington Post.

At the same time, many editors and reporters I spoke to in New York and Washington, D.C., admitted their publications had – at least initially – benefited from a “Trump bump”. People want to – or despite themselves are compelled to – read about him.

But at a price.

Trump has dubbed The New York Times as “failing” and regularly refers derisively to the “mainstream” and “fake news” media. He’s mocked a disabled reporter, a female MSNBC anchor’s looks, and tweeted a doctored video clip of himself in a wrestling ring beating up CNN.

The president has said the press is the “enemy of the people” – language straight out of Cambodia’s ultra-Marxist Khmer Rouge regime.

Recently he even slammed Fox News – his preferred channel and one seen as highly favorable of him – for not maintaining loyalty. “His language towards the press has been very aggressive,” Baron says.

Besides the unusual spectacle of a president attacking U.S. media, Baron noted that the United States also used to be more of an advocate for the free press in the rest of the world. 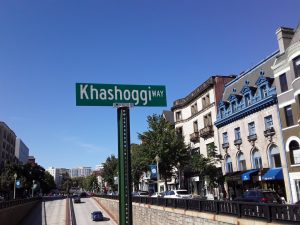 When Jamal Khashoggi, a Washington Post contributor who is a Saudi national but U.S. resident, was killed in the Saudi Arabian embassy in Turkey, the Trump administration did nothing.

While reporters aren’t being killed here like they are in the Philippines or Mexico, most American newsrooms have started taking precautions.

“We now have a security guard and bulletproof glass,” said Thomas Friedman, a veteran New York Times opinion columnist, adding that this was thanks to Trump.