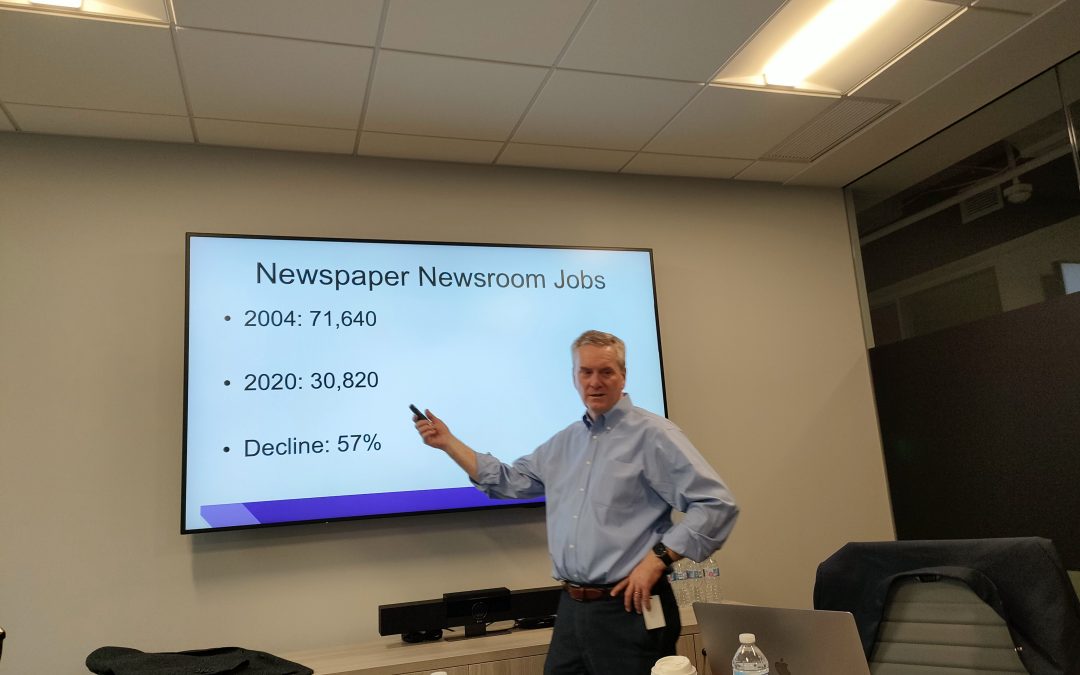 Nonprofit news outlets are increasing. What are the business models?

by Shamsuddin Illius | May 9, 2022 | New Business Models for Journalism in the Digital Age | 0 comments

The major sources of income for Bangladesh media are government and private advertisements. But many times through the years, the Bangladeshi media lost these income sources, as advertisers stopped advertising for publishing negative stories, which has led to a bleak situation for the media houses. Some major newspapers and news outlets are also owned by corporate companies so readers are skeptical that these are biased publications.

Compounding the financial stress, the digital revolution has shifted readers from print to smartphones and desktops, so local newspapers are also facing a revenue shortage there.

In the United States, media is also struggling financially. Newspaper revenue has declined by nearly 82% from the year 2000 to 2020, according to Tim Franklin, senior associate dean, and John M. Mutz chair in Local News at the Medill School of Northwestern University in Illinois. He added that total ad revenue is now mostly digital, eclipsing broadcast and print. 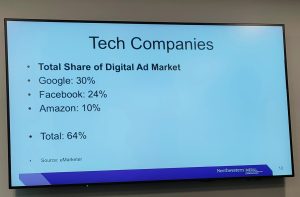 In the United States, newspaper revenue has declined by nearly 82 percent between 2000 and 2020, while three tech companies have grown by 64 percent.

However, in contrast to the scene in Bangladesh, nonprofit and independent news organizations are helping fill the media desert in the United States, especially with regard to specialized reporting.

According to Franklin, about a third of today’s nonprofit news outlets didn’t exist five years ago. Of these nonprofit organizations, about 33% are focused on investigative journalism, while about 40% provide deep, explanatory coverage.

Meanwhile, there also has been a 50% increase in independent news startups in the past five years, he said.

During the 2022 World Press Institute fellowship, I have visited a variety of media outlets in the United States that are nonprofit and continue their operation by raising large amounts of money or donations, allowing them to more freely pursue independent journalism. It might be possible for the Bangladesh media to learn from this nonprofit journalism business model.

For example, I visited the Texas Tribune, one of the leading news portals in Austin. It has a partnership with The Washington Post. The tribune is a nonprofit media organization that aims to promote civic engagement through original, explanatory journalism and public events. The Texas Tribune and its destination website were launched in November 2009, raising $4 million in private contributions. The Tribune’s executives believe in revenue diversity and do not flip all hope and dreams on one revenue model.

Evan Smith, the CEO of the Texas Tribune said they raised $11.5 million in revenue against $11 million in expenses this year. They have roughly five equal sources of income – wealthy individual and family offices donors, institutional philanthropy foundations, subscribers/memberships, corporate sponsorship and events, he explained. The media outlet also earns funds from festival ticket sales, and studio and event space rentals.

“We say we raise money to pay serious journalism,” Smith said. “That means, we pay for reporters and we buy technology.”

Answering the questions about why they opt for digital platforms, Smith said it is difficult to make money in traditional for-profit print journalism, because of printing and postage costs, along with the decline in advertising revenue. Plus, he said, the non-profit business model helps to run a nonpartisan newsroom without fear or favor.

According to Smith, nonpartisan journalism also means they are able to raise more donations because stakeholders believe in their commitment to unbiased journalism.

ProPublica is another news organization that produces investigative journalism and raises funds from donors.

“There are always people who want to donate to such coverage,” said Tracy Weber, managing editor at ProPublica. “It is an incredible testament to the kind of journalists people are. We’re growing every year now.”

She said they had a negative story on one of the big funders, but it didn’t affect the media’s independence, as they have a mix of small and big donors that help it thrive. Donors big and small are interested in impactful stories, she said.

Smith also believes sources of funding do not impact the content. “The independence and integrity of our journalism is all we have,” he said. “We never ever compromise our integrity with the sources of the funding.