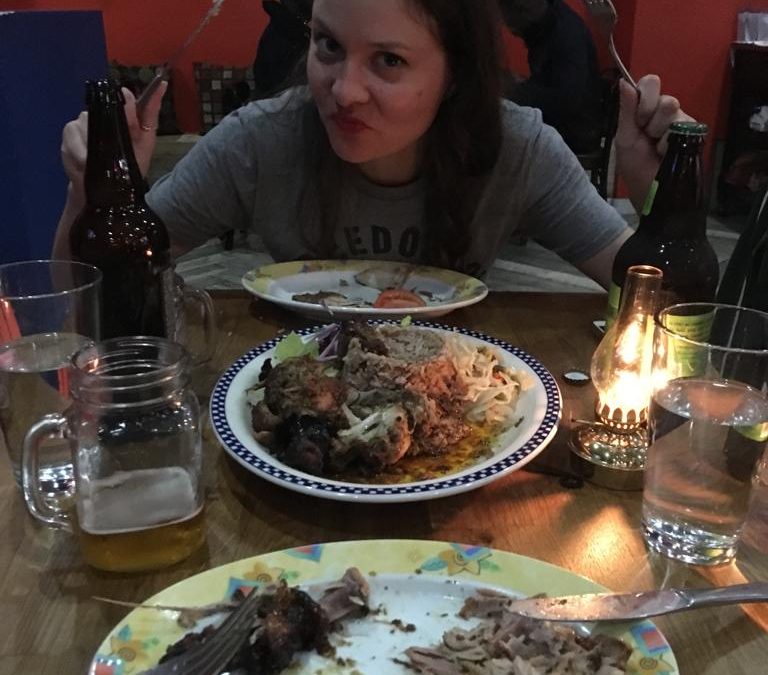 WPI report 6: Miami – how to experience diversity through food!

When you think of America, what’s the first food that you have in mind? For me it’s burger and fries – but really – it’s much more than that! Of course, I decided to start with some drive-through-fast-food experience. 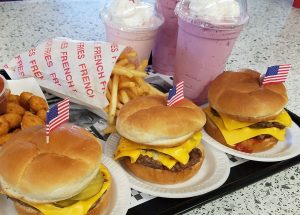 An easy option for a busy family

It was after World War II – the American economy boomed, people started spending more money and the culture of consumerism bloomed. Since both men and women had been working, they had to find fast and cheap ways to eat lunch and dinner outside their homes. And that’s when the first giant fast food chains were opened. 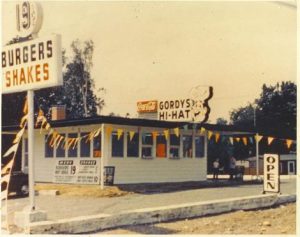 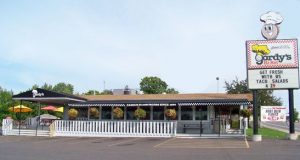 About that time – In 1960, Gordy and Marilyn Lunquist opened a fast food restaurant in their hometown – Cloquet, Minnesota. A perfect place for my drive-in-fast-food experience. “We’ve been doing things the ‘old-fashioned’ way for 58 years!”, they say. And so I decided to try it out!

Suggested menu: Hamburger, fries and shake, of course! Homemade onion rings are also a trademark of this place. That day I must have devoured 10,000 calories, but who counts? The experience was worth it! 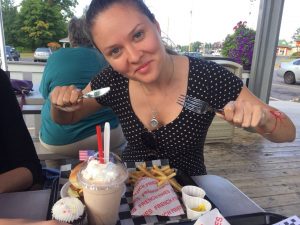 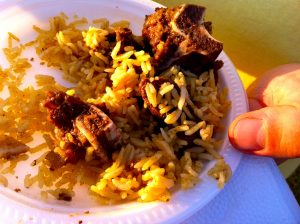 Camel meat from the Somalians

While still in Minnesota, it’s a good idea to try Somali cuisine. Around 150,000 Somalis live in the United States according to a United Nations report from 2015. Most of them fled their country after the beginning of their civil war in 1991. Minnesota has the largest Somali population in the world outside of Somalia. So, if you’re not planning a trip to Mogadishu anytime soon – here are some ideas where you can try Somali cuisine in the heart of America. 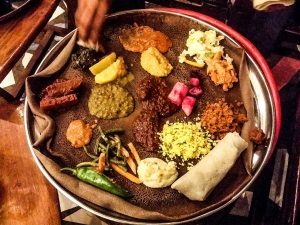 Just like Somali people – what brought many Ethiopians to the United States was a civil war – it started in 1974, when Marxist-Leninist Derg overthrew the Emperor Haile Selassie. The war lasted 17 years and left at least 1.4 million dead. Around 30,000 Ethiopian immigrants live in the Washington, D.C.,-area today.

The U.S. capital is home of the largest Ethiopian community outside Africa. And here they have some amazing restaurants. 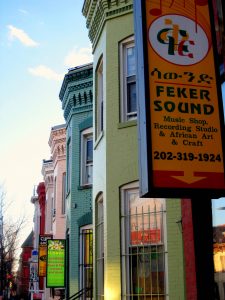 Once there was a campaign to officially designate the U Street area as Little Ethiopia. Though it wasn’t successful, I highly recommend you visit some of the local Ethiopian restaurants there on your way to the local clubs. 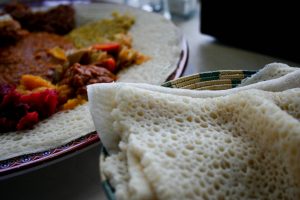 Suggested menu: Brace yourselves for some extremely delicious, but often very spicy meat dishes, served on injera – traditional fluffy flatbread. Forget about forks and knives – most of the time, Ethiopians eat with their right hand, using pieces of injera to pick up bites of dishes. 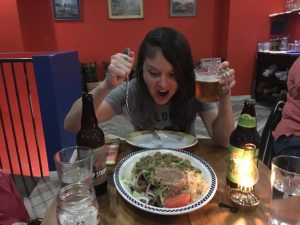 As you can see on the picture – it’s one of my favorites so far! There are over one million Jamaican Americans, the largest community is in New York. Jamaicans had their long and painful relationship with Great Britain, after the island was colonized. Jamaican immigration to the U.S. increased during the civil rights era of the 1960s.

There are only 531 kilometres between Cuba and Miami. That’s why about 500,000 Cubans arrived in Miami after the beginning of the Cuban revolution in 1953. One of the neighborhoods in Miami is even called “Little Havana”. 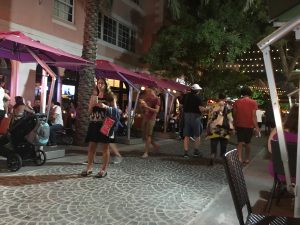 Cuban restaurants in Miami often combine the flavors of traditional Cuban cuisine with the flavor of …nostalgia. We tried Havana 1957 on Espanola Way. 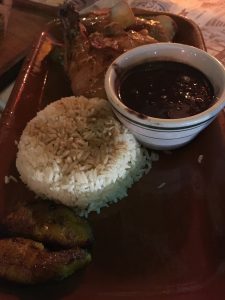 While living mostly in hotels for two months and a half, some of your meals will definitely look like this: 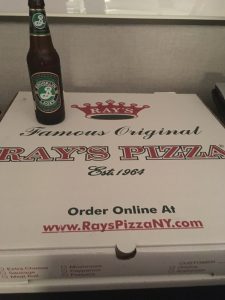 So I highly recommend you cook for yourselves every time it’s possible. 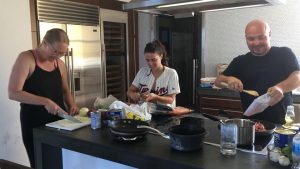 Finland, Portugal and Russia – extremely good combination in the kitchen

This is the best possible way for you to learn not only about diversity in United States through food, but also about the diversity in your own WPI fellow family! 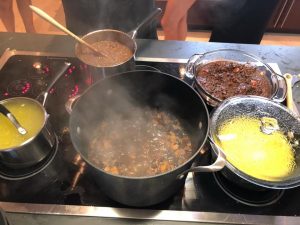