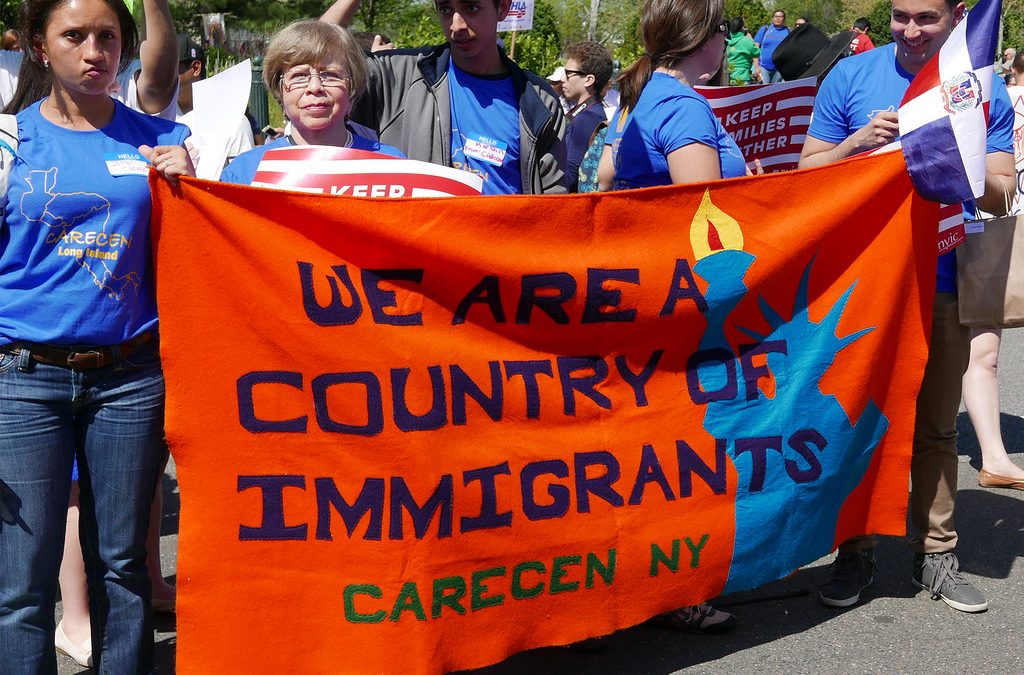 America’s thank you to the immigrant

Donald Trump has consistently made opposition to immigration the center of his politics and Twitter feed. On Broadway, immigration is a topic to sing about.

On the evening of September 12, I happened to be in a theater in New York City, watching “Hamilton,” the musical about Alexander Hamilton, who led the war for independence from Great Britain and then formed a new country.

Hamilton to me is the essence of the American dream. The musical starts with the line: “a bastard, orphan, son of a whore and a Scotsman” grew up to be “a hero and a scholar.” 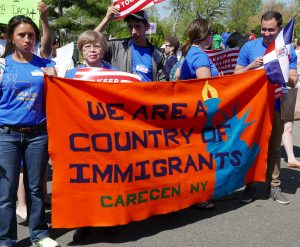 “Fighting for DAPA” by Susan Melkisethian is licensed under CC BY-NC-ND 2.0

I’d speculate that not much of this dream is left for him today. Who knows whether a penniless, “young, scrappy and hungry” outsider from the Caribbean would have been welcomed to the country with a president who’s vowed to crack down on immigration by building a wall on the southern border.

What if a founding father would never made it to the United States? Emma Lazarus whose poetry is engraved on the Statue of Liberty should be crying somewhere quietly.

The Trump administration is considering an executive order that would allow states to deny entry to refugees who have been approved for resettlement.

The musical sings as if in response: “Immigrants, we get the job done/ It’s a hard line when you’re an import.” That was greeted by immense support from the audience.

So, when the musical continues: “Racists feed the belly of the beast / With they pitchforks, rich chores / Done by the people that get ignored,” I thought about the Trump administration’s family separation policy, travel ban and proposal to eliminate the Green Card Lottery, to name a few.

While Trump likens people of color to an “invasion,” the musical casts exclusively young black, Asian, Latino and mixed-race actors who portray the old white founding fathers and their cohorts. “Hamilton” ends with an all-white affair and offers an alternative history. As if all United States citizens were created equal for real.

Ironically for Trump, this nation is shaped by immigrants. I’d even say immigrants made this country great. And whether he wants it or not, the majority of Americans agree that immigrants strengthen the country “because of their hard work and talents.”

But this negativity about immigrants isn’t just a Trump issue. Consider the recent Twitter debate about Disney’s adaptation of the “Little Mermaid”. Many of my friends joined. Although they are far away from being racists or xenophobic, many of them thought, surprisingly for me, that the role of Ariel should have gone to a white actress, because Danish people were not black when Hans Christian Andersen wrote his famous fairy tale. As if Danish people were mermaids back then, had fins and lived underwater… but I digress.

As someone replied on Twitter, Danish people could not live in the sea, but what they can do is to have different ethnicities.

“Just you wait / Another immigrant, comin’ up from the bottom,” the musical sings. “Hamilton” to me is the America’s thank you to the immigrant.