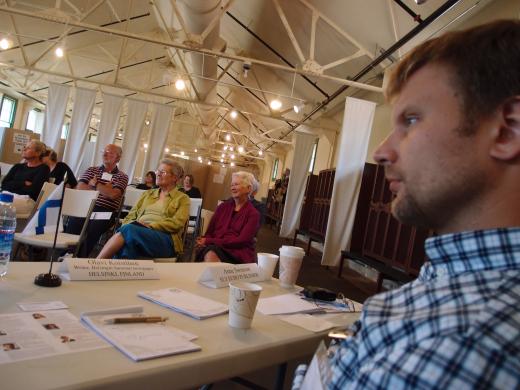 “I’m so sick of these questions. I live in Kabul and I’m not in danger all the time. People don’t get that we are civilized and smart people. All the time they are just like, hey, wha’s the security situation in Afghanistan.”

So spoke the Afghan guy who I recently talked with in Muscatine, Iowa.

He was a Humphrey fellow, a part of a group of civil servants from all around the world. Like us, they were traveling and exploring the USA and meeting people. Our groups socialized with each other, and at dinner the Afghan agonized about how the safety is always the first – and often the last – question people ask about his homeland. Afghanistan is a country of 30,4 million people, and there would be so much more to learn.

(He actually got started when I asked about the safety situation in Kabul.)

I think the question is relevant, but I understand his frustration. Most of us know little or nothing about most of the world’s countries, and our impressions tend to be oversimplified. Us WPI journalists come from ten different countries, and it is interesting to compare the most frequently asked questions we get from people here in U.S.. I asked the other guys about this.

With Colombia the main topic is the security, or “if you guys still avoiding bullets” as my fellow Wilson put it. With Uganda, people ask about the dictatorship of Idi Amin, and about animals. India gets questions about the culture and food, and it is viewed as a colorful and exotic place “when it really isn’t that colorful or exotic”. When it comes to Australia, “people don’t ask that many questions” because the country already feels quite familiar. With Hungary and Bulgaria it’s the opposite case: people often don’t know where to start because they don’t know that much to begin with. Brazil gets questions about the former president Luiz Inácio Lula da Silva. My fellow Leda also often gets to respond if people are excited about upcoming Summer Olympic Games in Rio de Janeiro. 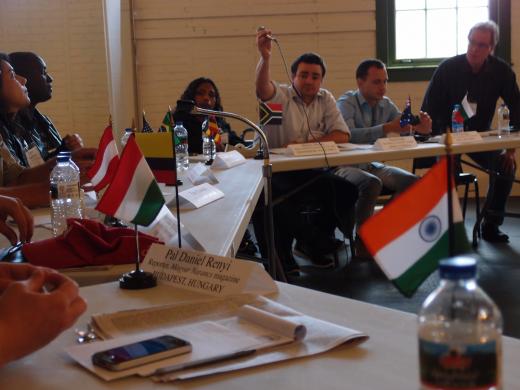 And what about Finland?

In the Cast of National Stereotypes, Finland has a role of being a modern utopia which always scores 1–5 in this-and-that-happiness-or-welfare-index.

Most common recurring questions I get are about positive things, like our public education “which is top notch internationally compared, is that right?” Usually people also know that Finland is a rich welfare country where the economic equality among citizens is comparably good. It is only when I tell about the winter temperatures I see a true horror in the listeners’ eyes.

Those impressions ARE mostly correct, but living here is not different to living in other industrialized western nations. Modern life hands you the same crap whether your nation is 1st, 5th or even 25th in this-and-that-index. We are worried about our economy, about jobs drifting to China, the tide of racism and so on. Swedes are wealthier than us, have a sturdier economy and always hit us where it hurts: winning us in ice hockey. For us, Sweden is the Queen of Indexes.

I think Finland is a good place to live. But still, if countries were treated equally, what questions would I get?

“I kinda like this Finnish man. Is it safe to marry him or will he beat me up?”

“Well, albeit domestic violence numbers are comparably high, most Finnish marriages really are nonviolent and loving. Usually problems build up slowly before the situation escalates. If you have Finnish contacts, you could ask if they know nice, good-natured Finnish men if you’re not sure about this one.”

“Hey, you’re from Finland, you have not killed yourself.” (awkward laugh)

“That is true. Suicide rates are high, maybe because of the darkness. But still most people just, you know, continue living.”

“What is the boring situation in Finland?”

“Great question. There are boring areas, and some ongoing pockets of boredom even in the capital. I can’t lie to you, Helsinki is duller than Berlin, Copenhagen and many other cities – the cold and distant corner of the Europe, unreliable weather, outright terrible November and December. But you can still have fun there, many people actually do. Ask your Finnish friends what is the best way to avoid boredom in Finland. Bring a map and ask them to mark up the fun zone. And be on alert. Happy Hour is just a word.” 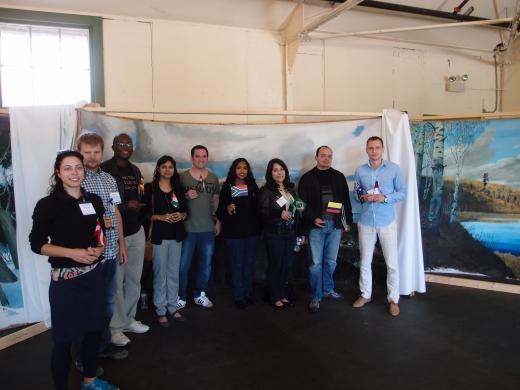