Boys will be boys, girls will be girls 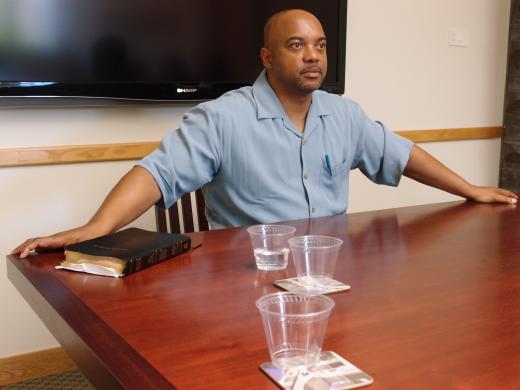 Just look at him. You see that fire in his eyes? You see that posture? He is indeed a very powerful man. And we are only looking at a photograph. When you meet him face to face, he is even more convincing. He is reverend Jerry McAfee and he is against gay marriage.

”What do you on your own time I couldn’t care less. What I care about is African Americans”, he told us, pitching black rights against gay rights.

I will explain that in more detail, but first some background.

Minnesota is having state-wide referendum in November whether to make a gay marriage even more illegal than it is right now.

The current state law does not recognize same sex marriage, but certain politicians have proposed that the state constitution should be amended to explicitly state that marriage is an union between “one man and one woman”. So, in this vote, “no” means support for gay marriage and “yes” means the opposite. 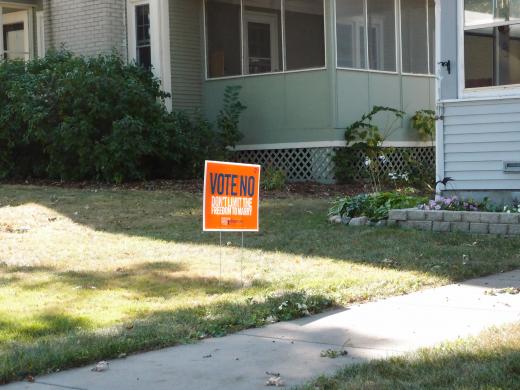 The reason for the proposal is cold politics: once amended, constitution is harder to change afterwards than normal everyday legislation.

Last Friday we listened to both sides of the story. Carol Curoe, a woman living with a female partner and raising two kids together with her, explained us why she opposed the amendment. She basically told us that not being able to marry makes her family life so much harder in everyday practicalities. Not just her life or her partner’s life, but their kids’ life too.

Reverend McAfee of African American baptist church in St Paul explained the other opinion. Some of his arguments were pretty alien to me.

For example, the racial connection. Because 1) black voters tends to be more conservative than voters in average and 2) Obama got a lot of goodwill in last election being black, therefore 3) he should have “engaged a dialog with a black community” before stating in public that he supports same sex marriage, and should generally feel ashamed for taking that stand in the first place.

Parts 1) and 2) are indeed true: black voters are in average quite conservative, and Obama is black. But sorry reverend, jumping to 3) from that is just surreal.

Then again, so is politics.

Reverend McAfee said to us that he doesn’t really care that much “about constitution” and other earthly affairs. But he was asked to support the anti-gay marriage stand in the constitutional election and he did it, because he thinks 1) homosexuality is sin and “blurs the line between man and woman”, and 2) he feels that Obama has let down his community.

There is a rhetorical act I hate: activist pretending to be a passivist, shying away from the responsibility. Reverend, if you really don’t care that much about the constitutional amendment, then you sure as hell don’t “have a press conference with an arch bishop at 18th day” about the matter. If you have, you are an activist. There is nothing wrong about being an activist.

But on the other hand, this really teaches us something important about everyday politics in the United States. The so called “conservative bloc” is really diverse, and sometimes arguments are spinned upside down in order to get political results. I would like to meet the spin doctor who got reverend McAfee on board on this campaign. 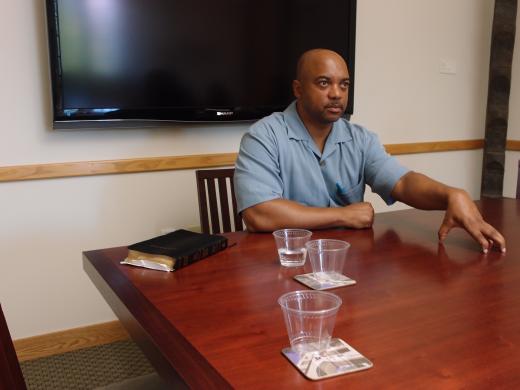 The reverend told us he has nothing against same sex civil unions, because they don’t step into the area of religion. On the other hand, he thinks homosexuality is a sin, as is adultery and premarital sex, which he would also vote in favor of banning in constitution “if there was a ballot about it”.

But he is pro-condoms, because if you are having premarital sex, “you’d better wrap it up man”.

“So the homosexuals are sinners?” one of us asked.

“Everyone is a sinner”, reverend replied, “and no sin is worse than the other.”

So God loves you, though resents who you love.

PS. Next Sunday we visited a babtist service in St Paul and watched reverend McAfee preach and sing to the audience of approximately 500 people. That service really was one big party, and I have to admire his singing capabilities. He was gentle and clement, no fire nor brimstone there. I’m sure that members of his parish would follow him to the gates of hell and back. 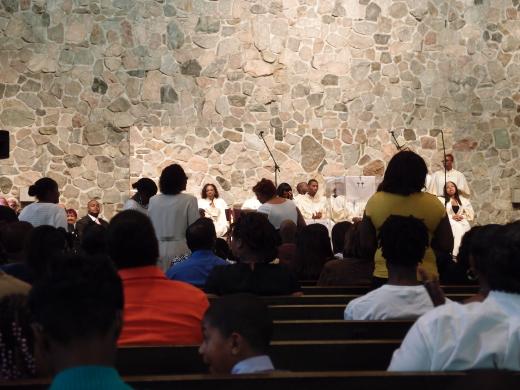