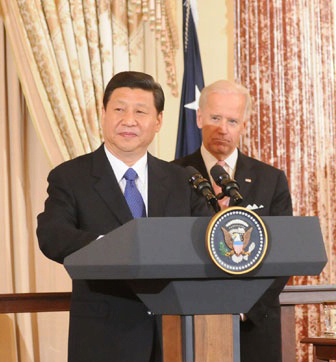 China believes democracy is in decline and the era of a unipolar world order dominated by the United States is all but over. In that context, one wonders where the world is headed, and if we are going to see a war involving China and the United States.

Michael McFaul, an American academic and diplomat who served as U.S. ambassador to Russia (2012-14), believes a war is not inevitable, because China has neither the capacity nor the objective to challenge the world order. As he said recently:

“I think democratic ideas are better than the alternatives, to paraphrase Winston Churchill. The competitor to that idea is the Chinese system that produces prosperity, so that’s a trade-off.

That’s exactly the trade-off that Vladimir Putin gave Russia too – ‘Let me run things, and I will make you rich’ — and for 20 years, it worked. In China, it’s worked for 40.”

McFaul, 58, is the author of “American Renewal: Lessons from the Cold War for Competing with China and Russia Today.”

China, according to him, has had the world’s greatest economic growth ever, but he said it works globally and historically at a certain level of economic development.

“Once you get over a certain threshold, then things start to become more problematic. There is a period, middle-income countries trying to make it to higher-income countries – that’s a transition very few countries have made, you can count them in the dozens – that’s when there’s a lot of turmoil around the world. It happened in Europe, it happened in other parts of Asia. China is way below that, they are still middle-income at the best, with a giant Gini coefficient, which is also destabilizing for autocracies,” he said. “I am not worried about China ruling the world. I think we are grossly overstating that here in America.”

McFaul said he doesn’t see in China the will to export the Chinese system.

“Yes, they prefer autocracies, but exporting Marxist-Leninist regimes the way the Soviets did, I don’t see that as China’s objective. And I don’t see the capacity that China has to do that,” said McFaul, currently the Ken Olivier and Angela Nomellini professor in international studies in the Political Science Department at Stanford University, where he is director of the Freeman Spogli Institute for International Studies.

According to him, China has a lot of domestic problems that America’s strategists tend to downplay, the way they did with the Soviet Union in the 1970s.

“Go read what our grand strategists back then were saying, ‘Oh the Soviets! They are coming, they are coming!’ And that turned out to be grossly overestimated,” he said.

“A war between the U.S. and China is not inevitable,” added McFaul.