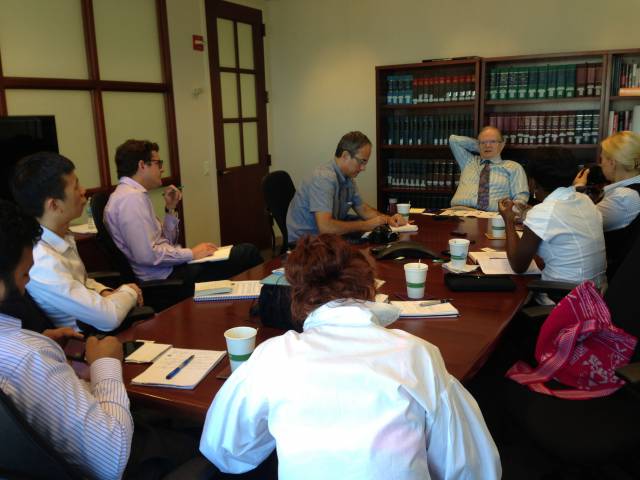 Colombianismos – A light in the darkness?

It is rewarding to realise that investigative journalism is not as dead as many (specially powerful people) would like it to be.

WPI fellows visited the ProPublica headquarters during their week in New York City.

Nowadays, it appears to be common to hear from colleagues all around the world that print newspapers are dying and that investigative journalism is dying alongside with them. Pessimism is around the corner and just a handful of journalists or media entreprenuers seem willing to look beyond the obvious, making an effort and trying to fruitfully contribute on the debate we are immersed currently, which relies on a simple question: where is journalism heading to?

Given “How to be a clairvoyant” is not being offered as a course in journalism programmes, it is very unlikely that some of us (not even one!) will be able to provide a proper answer to that question. However, what scares me the most is not the uncertainty about what’s coming next, but the fact the so many of my colleagues would rather choose the word “crisis” over “opportunity” to describe our current situation.

That is why going to ProPublica was so interesting to me. People who work there may be taken as a reminder that although platforms are growing and changing rapidly because of the internet, the essence of being a journalist remains intact: we are the power that calls to account other powers. We are meant to tell people what is happening here, there and elsewhere and why it is happening. We are the ones who claim that our work is only to inform, whilst deep inside pray for our information to promote change.

I cannot ignore that there are many doubts around Propublica’s model. Where could the rest of us find a wealthy couple to support a similar project? What about the countries wherein philantropy may as well have become extinguished a long time ago without any of us fighting for it or even noticing? What about places where donors are willing to give their money but solely for something in exchange? It is quite challenging, if not extremely difficult, to find the way to make a project like this financially sustainable without compromising its independece.

However, it does take courage to be the kind of organisation that wants to deal with the dark side of powerful people. “It is much easier to talk about Hollywood stars ‘cos that won’t get you in trouble. Letting people know that their government is lying does get you in trouble”, Dan Rather said to us. And I stand by his statement. Going through life without “getting in trouble” may seem to be a nice living. But if journalism is actually the first draft of history, “getting in trouble” sure is the pen you need to start writing that draft.