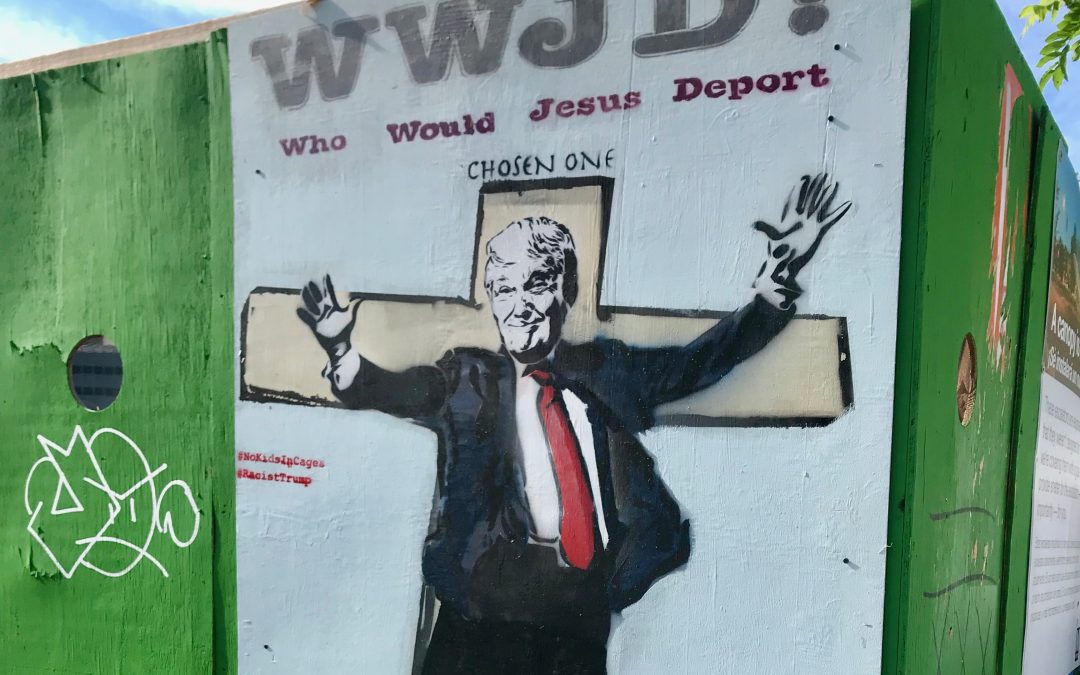 Do you believe in life after impeachment?

To enter the Paramount Theater last Saturday afternoon, you needed to stand in line for at least two hours in the Austin, Texas, heat. The star of the show was House Speaker Nancy Pelosi, the Texas Tribune Festival’s closing guest. I did not want to stand in line, so instead I watched other people cheer at a screen nearby on which her interview with the Star Tribune’s CEO Evan Smith was livestreamed.

“If his [Trump’s] judges decide that Congress has no oversight on the president of the United States, our system of checks and balances is over,” Pelosi said. The House Speaker was talking about the subpoenas for information on the telephone call between Trump and Ukrainian President Zelensky at the heart of the impeachment inquiry.

As some people in the theater and outside cheered to Pelosi’s comments on the possible permanent damage to American democracy, I was reminded of a conversation I had with an American friend over two years ago. As America was still wrapping its mind around Trump’s presidential style, which was a lot more shocking in 2017 than it is today, my friend was on a research assignment in Algiers. After going over the latest presidential tweets and scandals, I asked him whether he believed impeachment would be on the table after the 2018 midterms. The option seemed very unlikely at the time given that Republicans controlled both House and Senate.

“I don’t think so, even if the Democrats win the House, they would want to focus on 2020 instead,” I remember him saying, adding that an impeachment would “let both voters and Trump off the hook.” He preferred that Trump would be voted out of office instead.

My friend could not see what was coming, neither could anyone else. Two years, a midterm election and a phone conversation with the Ukrainian president later, Pelosi is leading the Democrats push for an inquiry and we might well see impeachment before the end of the year.

Now, everyone is aware that a removal from office is highly unlikely as that decision is in the hands of the Senate which is still controlled by Republicans. But would an impeachment, a statement in itself, let voters and Trump “off the hook” as many still believe today?

During a meeting with WPI fellows on Tuesday in Chicago, John Austin, a senior fellow at the Chicago Council on Global Affairs argued that Americans who voted for Trump in 2016 are likely to vote for him again next year. The way forward, he explained, is to address the “economic anxiety” of those communities by facilitating access to jobs generated through newer activities, such as renewable energies. “Because coal mining is never coming back,” he said, adding: “With a better financial situation, they are less likely to vote for a guy like Trump.”

What about Trump? He might turn the probable impeachment to his advantage and frame himself as a martyr to get reelected, even if removal from office is unlikely. Some commentators think a second term would do permanent damage to American democracy, to the “checks and balances” system Pelosi evoked.

Impeachment or not, second term or not, it seemed that this presidency has already put the U.S. political system into a Catch-22 situation.