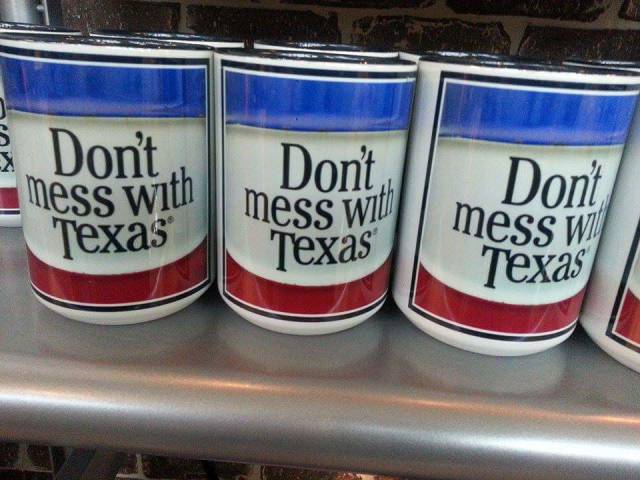 “Don’t mess with Texas”. This sentence is on t-shirts, cups, even on one-month old babies clothes. You can also find US$ 24 dollars t-shirts with the map of the lone star state and borders filled with guns. It is no secret that Texans love owning guns, but it is not polite to ask if someone is carrying one. You just assume that everybody has one. Just like underwear. Period. And yes, sir, they are proud of it as much as they are proud of their barbecue and their music. 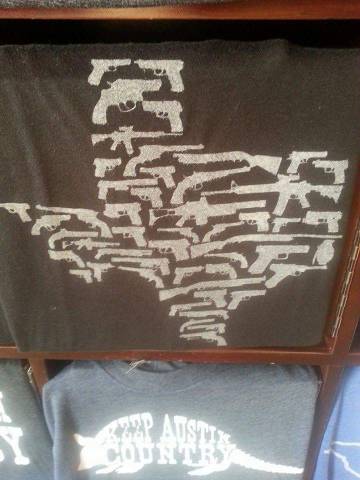 Before going to Austin, the state capital, everybody said that the city was not really Texas. Although we stayed just for 4 days, we were able to get a flavor of Texas and its big institution: the Republican Party.

Texas is a quite conservative state. In presidential elections, Democrats there usually loose for 10% of difference. According to Jim Henson, the director of Texas Politics Projects, they are not going to win in the state in 2016 either. It is just a bet, but he might have reason. In the past 15 presidential elections, the Republicans won 12 times in Texas. In 2008, Obama lost by 11% margin and in 2012 Mitt Romney won the state with 57,17% over Obama’s 41,38%.

Even the democrats in Texas are conservative. Therefore, in the primaries, it will be difficult for senator Bernie Sanders from Vermont to be the designated. Sanders is considered a socialist democrat with a progressive agenda that doesn’t please many democrats in the state. Hillary might be the one.

Texas has become what they call a majority-minority state, like California, Hawaii and New Mexico. White is still the majority here, but they are less than 50%. The White Share, which used to be 80% of the population in the beginning of the 80s, is decreasing and Latino Share of the population is increasing, like in many other parts of the country. White anglos will soon become a minority and the number of Latino voters and other minorities will increase in US electorate. It is the “Browning of America” and it will make the country face a lot of challenges and implications concerning strategic politics.

With this change in demographics, the Republican Party has to be more concerned about its views about immigration issues and minority relations if it wants to survive in this new environment. At present, there is a big division between what the elites in the party see as the party’s future and what their shrinking voter base wants. Republican leaders are worried about the future of the party as a political enterprise that is designed to win national elections. Many of them see demographic changes as something that they have to take into account as they will have to compete much more for their votes.