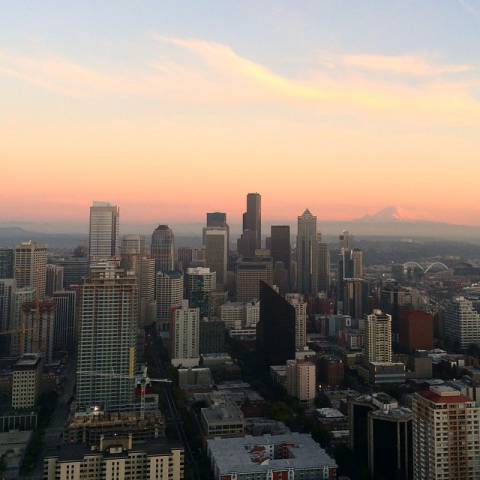 Fellows Travel Phrasebook: A user’s guide to the strange language of the 2014 WPI fellows

Definition: The intense fear of missing out on experiences, places or events.

Usage: An expression of the state of anxiety generally caused by having hit a wall of exhaustion and being unable to join in a particular group activity as a result. For instance, “Guys, I have extreme FOMO that you’re all going to this awesome-sounding place and doing this awesome-sounding thing, but I need to sleep / pack my suitcase / write my blog.” And then you miss something like this:

Definition: A highly ironic expression to indicate an experience has been fully completed when in reality it has been left almost completely undone.

Usage: When a fellow has only the briefest window to experience a place, event or attraction, and does what they can but knows it’s not nearly enough, he or she can express the extreme FOMO (see above definition) of the moment by ironically saying “done”. As in, after having taken a taxi through Japantown in San Francisco with the knowledge that that’s as much of it as you’ll get to see: “Japantown, done!”

Definition: An extremely definitive answer to a question.

Usage: Must be pronounced with a clipped Netherlands accent, with a mix of utter conviction and a tiny bit of friendly contempt.

Definition: A non-specific phrase to indicate the lack of a barrier between brain and mouth.

Usage: Generally used to illustrate the idea of saying whatever comes to your mind, no matter how inane or inapplicable the thought. Can be used while walking down a street in extreme heat, causing a general shutdown of mental faculties.

Definition: Phrase generally referring to something that is, in fact, not at all interesting. Like a curved escalator. Or a fish tank.

Usage: Must be pronounced in a heavy Valley Girl U.S. intern accent. 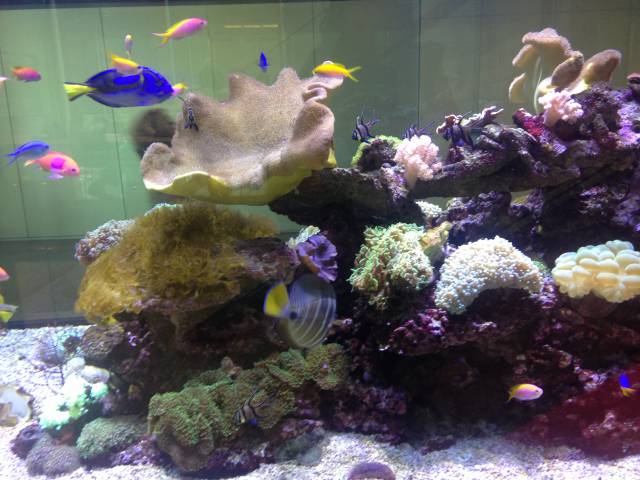 Definition: An expression of surprise or bemusement.

Usage: Generally works best with an upward lilt of the first syllable and a thick Danish accent. So, if a fellow driving the world’s biggest van on the roads of Minnesota happens to almost ram it into another car while changing lanes, the phrase “HE-llo!” is applicable. 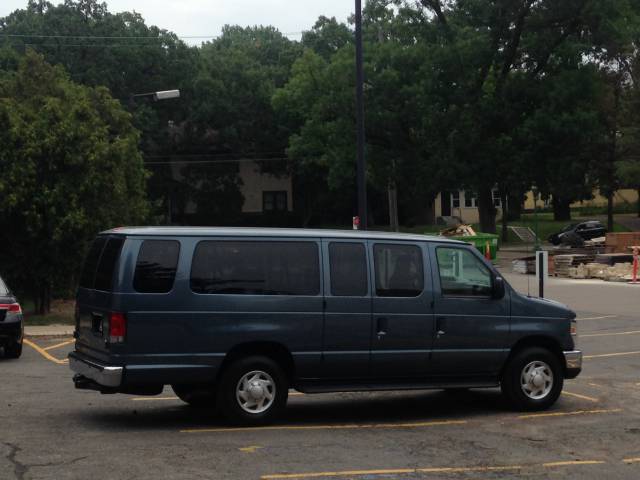 The fellows’ self-driven van in all its glory in Saint Paul, MN.

Definition: General expression of discontent, hunger, exhaustion, a struggle to wake up or a powerful hangover.

Usage: Widespread and varied, used as a non-verbal means of communication when forming actual words is just too hard.

Usage: Works best when pronounced in a Bulgarian accent, preferably with one eyebrow arched. So when one fellow wants to go out for a drink late at night and another fellow doesn’t, the former might glare at the latter and say in a very judgmental tone, “What is iiit?” When a satisfactory answer is not forthcoming, the question is followed up by the retort, “Oh come oooooon.” Generally, the drink is then had.

Definition: An expression of surprise, generally at something that is in fact completely obvious.

Usage: While “it’s a fire” is the original form of this phrase, it can also be adapted to suit the present moment.  For instance, “Oh loooord, it’s a thong-wearing crazy!” 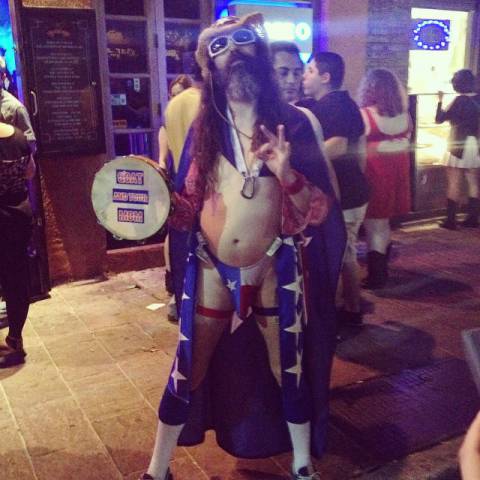 Nightlife (or is it wildlife?) in Austin, TX. (Courtesy Ivo van Woerden)

Definition: A direct referral to a very wonderful YouTube video that you should watch: http://www.youtube.com/watch?v=FQt-h753jHI

Usage: Generally an expression of fondness for fellow fellows, as in, “I can’t liiive, if living is without you.” Can also be used in conjunction with the phrase, “What is that language? English.”

Definition: A set of words used to denote whether an outcome is overwhelmingly positive, endearing, or totally negative.

Usage: A win would be a free lunch for 9 fellows at Chipotle (yes, free lunches do exist). Cute would be someone falling into a suitcase. A fail would be getting your phone stolen on a beach.

NOTE: the word “epic” can be used to precede the chosen term in order to indicate a truly superlative outcome. As in, “That terrible attempt to have a drink at a speakeasy in Chicago was an epic fail.”

Definition: An incongruously contemplative answer, generally in response to a very simple question.

Usage: Must be said with a Russian accent and a long, thoughtful pause between words. For instance, “Hey, do you want to have an ice cream?” [long pause] “Actually … [long pause] … yes.”

Definition: An expression of doubt that something good can happen with no negative or unforeseen consequences.

Usage: When one is offered free cookies in a coffee shop just because one has an interesting foreign accent, one can respond by saying, “It’s a trap!” to indicate one’s dubiousness at the idea that American people actually do that kind of thing simply because they’re being nice (mainly because that sort of thing would never happen in one’s home country). Turns out, it’s never a trap – people are just that nice here.

Usage: When fellows’ minds reach saturation point and can no longer absorb new information, they assume a blank expression and go to sleep on the inside while keeping their eyes open and appearing to be awake. When afflicted by SOTO, they have been known to fall asleep in public. 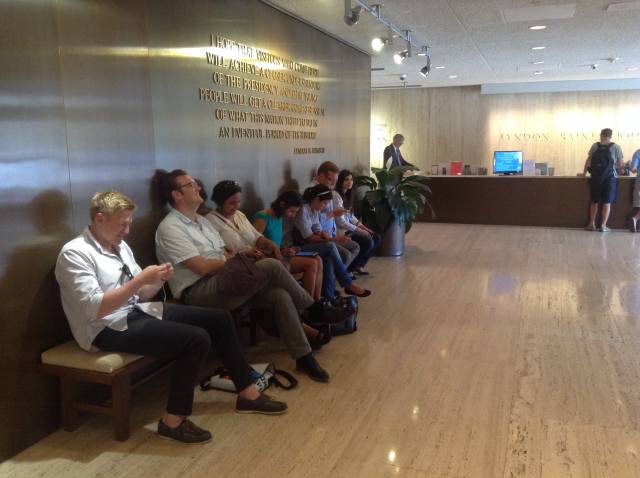 So much of SOTI happening in this picture.

Definition: Involuntary expression of interest and empathy for someone’s mistakes or misfortunes.

Usage: Pronounced with a flat, elongated South African accent. (Generally followed by the phrase, “Damn, I really need to stop saying that.”)

Usage: Thick Venezuelan pronunciation is a must here. Generally used as a superlative, as in: that mildly yucky thing over there may be plain disgusting, but this really revolting super-cockroach under my chair right here is disgusteeeeeeng! 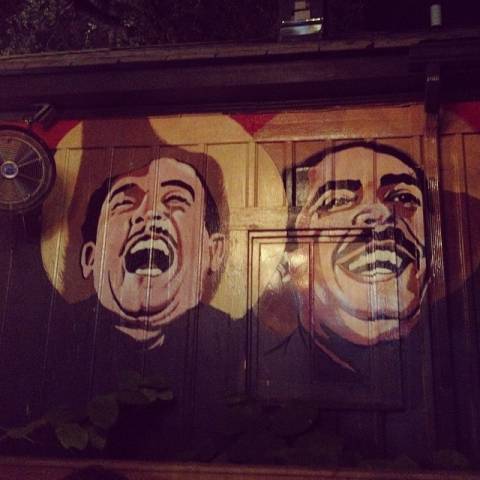 Even the murals on the wall of this pub in Austin, TX were scared of the cockroaches.

Definition: An attempt, usually ironic but sometimes accurate, to turn the popular goal of being referred to by David as the “best WPI group ever” on its head.

Usage: We really are the worst group ever, aren’t we? But we’ve had the best time ever. With the best people ever. 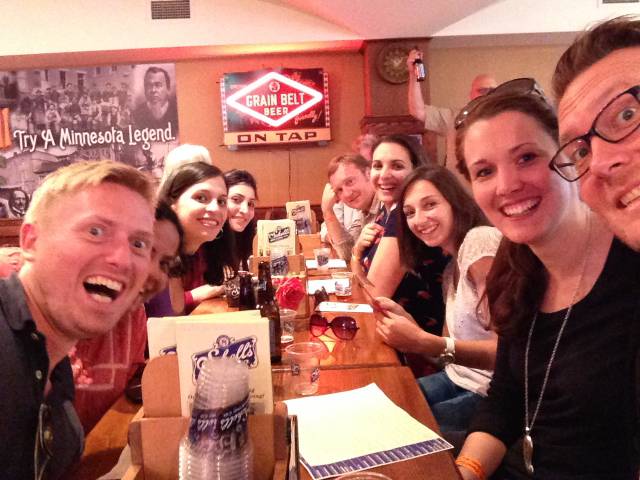