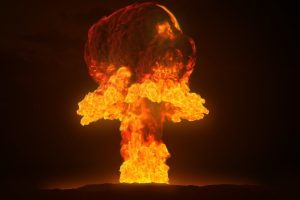 In February 2020, I listened to the Sam Harris podcast “Making Sense”. American philosopher and neuroscientist Harris sat down with Fred Kaplan, the national security columnist for Slate, and discussed the ever-present threat of nuclear war.

Harris – one of the brightest brains in the modern world, in my opinion – asked the national security expert why people and nations no longer seem to discuss or worry about nuclear threats. Harris likely asked, because he himself is still worried and talking about nuclear threats. He has brought the topic up several times in his podcast. In the summer 2020, Harris invited William J. Perry, the author of “The Logic of Doomsday” to his show, and asked the same questions.

Anyway, his podcast made me realize – shocked – I also had conveniently let myself forget about the nuclear threat, like hiding my head in the sand. Given, no one enjoys thinking about even the possibility of nuclear war.

Born in 1977, I do remember the nervous last years of the Cold War, the fictional movies about nuclear devastation, and of course the horrifying photos of the all-too-real U.S. nuclear strikes on Japan that ended World War II at a horrible price.

Since the Russia-Ukraine War began in February, nuclear safety is again top of mind among people other than Harris and his expert guests. Nuclear threat is also one of our World Press Institute fellowship topics. We recently met with former U.S. Foreign Service Officer Alan Carlson and Associate Professor Mark Bell at the University of St. Thomas in Minnesota.

In this discussion, Bell explained Russia likely would have attacked its western neighbor and former Soviet state sooner, if Ukraine didn’t sign the Lisbon Protocol (a strategic arms reduction agreement) in 1992 and joined the Nuclear Non-Proliferation Treaty as a non-nuclear weapon state in 1994. Carlson said countries will invest more in nuclear weapons in the near future, which, for these nations, will negatively impact people’s wellness, as well as health care and social programs. Pockets can only be so deep.

In that same meeting, in that quiet and peaceful classroom, I also found out about The Nuke Map, a chilling site published in 2021 that shows the effect of nuclear bombs. You can drag the marker to see what kind of damage can be done with different kinds of bombs, like Fat Man used in Nagasaki during WWII or Ivy Mike, the first H-bomb. Alex Wellerstein created the site and already more than 260 million virtual detonations have taken place. A dark kind of fun.

I feel like Scarlett O’ Hara. I’d rather think of this tomorrow, or rather never. But I am a journalist and a person, and I don’t have the luxury to do that. Oh, and I completely forgot to mention nuclear terrorist attacks! Good night, sleep tight. 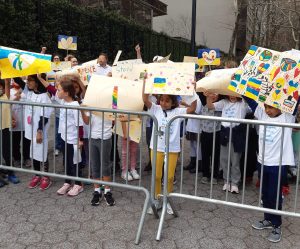