This blog post is a journey through time and space. The look back at the last six weeks feels like a desperate attempt to hold a handful of sand. The specks fall through the fingers as lost pieces of puzzle, portraying the images I encountered on this journey. Chaotic gallery of faces, odors and feelings rushing into each other to create a thin cobweb, held together by a fragile sense of consistency.

Back to the 50’s, the Vietnam War. The Cold war turned into a hot one, burning down and destroying the life of millions on both sides of the fence.

At the Vietnam Veterans Memorial in Washington I saw people staring at the anonymous names as at open wounds in search of any sign of order or reason. Dry flowers stood for the memories of beloved and unknown, who felt in glory and squalor somewhere in the Southeast Asia jungles, surrounded by mosquitoes, dirt and kids holding AK-47 guns, drowned in their own excrements and the thick sense of meaningless death.

On that day I realized that the images reflecting on the stone cold marble look back at the visitors with the same curiosity and agitation. 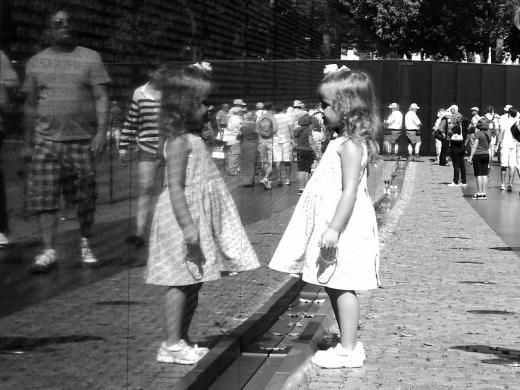 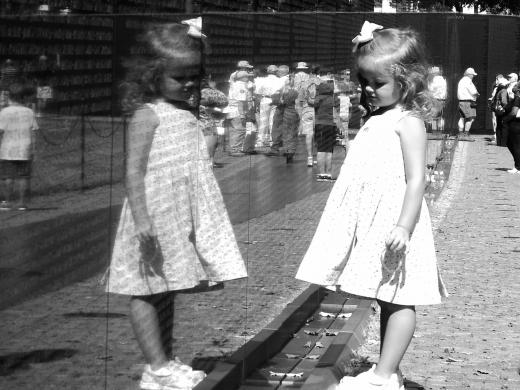 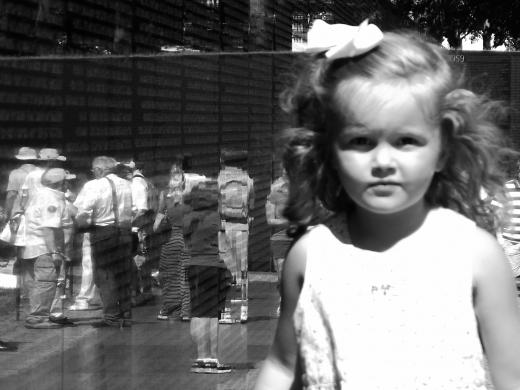 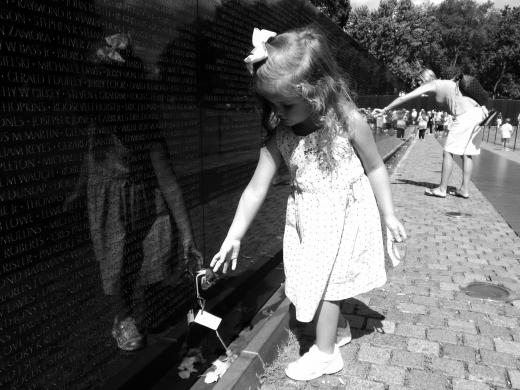 Grady Parker is a 74–years old father of 10, grandfather of 21. For 61 years he has been a shoeshiner in a darkened vestibule somewhere in downtown Charlotte, North Carolina. I met him at the time of the Democratic National Convention and found his Obama badge as a reason to start a talk.

“I don’t trust ‘em. Ya’ gat somebody making the rules, sets the paces for everything, telling you what you can do and what you cannot do. Why can’t be for ‘em the same way too? It’s two sets of rules. It’s rules for the poor folks and it’s rules for the rich folks! That’s why they got blue collar crime, white collar crime. I could do something and I’m a real baaad guy! Man-got-money do so’thing – he gets slap on the wrists. That’s how it is.”

I loved the southern accent. 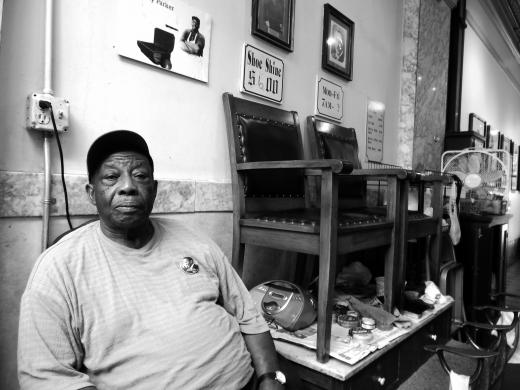 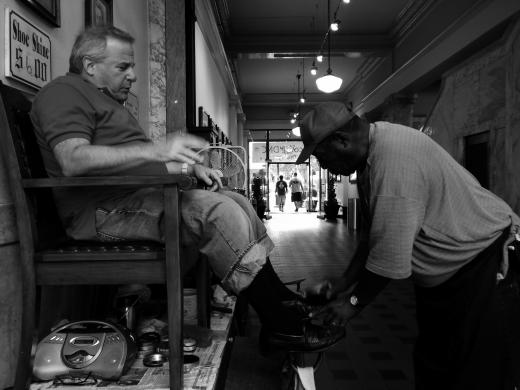 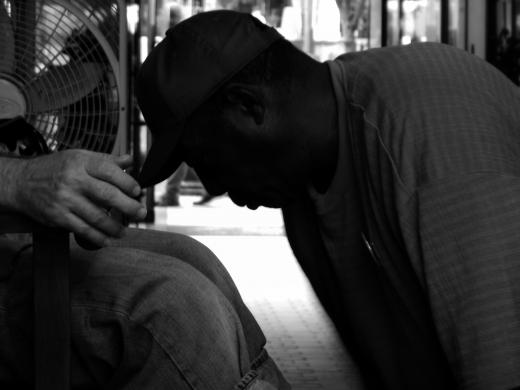 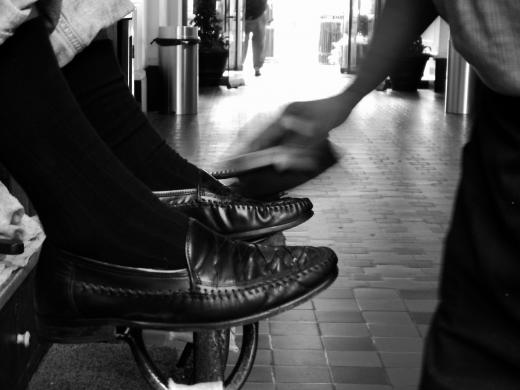 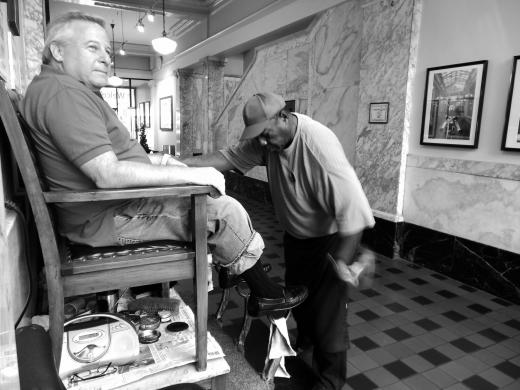 This is how another Democratic National Convention looked like. This time in Chicago, 1968. It probably overturned the political destiny of the country.

On the Chicago convention in 1968 the democrats had to select a presidential nominee for the upcoming elections. President Lyndon Johnson had announced that he would not run for another term in office (according to many because of the rising civil unrest toward the continuing war in Vietnam).

The senator from Minnesota and 38th vice president of the country Hubert Humphrey was nominated to be the candidate for the Democratic Party.

The convention was attended by huge anti-war riots suppressed with police brutality, which eventually led to the election victory of the Republican candidate Richard Nixon later that year.

People in the States love to say that this election campaign is a historical one.  This is probably truth for every choice we make.

Several weeks ago I was with the former AP correspondent in Vietnam and my host parent in the WPI Fellowship program Terry Wolkerstorfer at W A Frost, St. Paul. Collecting the pieces of this political history puzzle we asked ourselves: “Do the decision makers in this country learn from the mistakes? Do they use these painful lessons from the past wise enough? And are they going to be able to stop the increasing cynicism and apathy toward the ruling class among voters across the country?”

Couple of days ago in NPR headquarters in Washington, DC, our lecturer was in a hurry. He was late for his next meeting where he and his colleagues were going to discuss how are they going to cover the war on Iran.