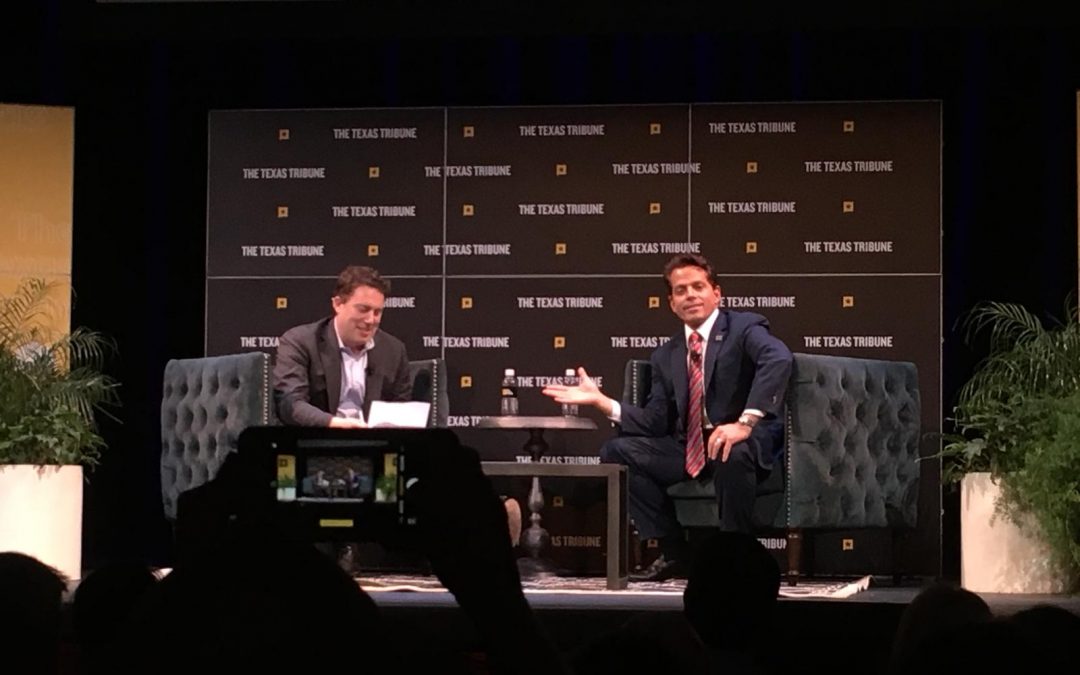 How I met the Mooch

I had a run-in with ”the Mooch” recently.

I spoke to former White House adviser Anthony Scaramucci outside an event of his in Austin, Texas, and, um, it got a bit awkward.

When he learned I was from South Africa, the Mooch said sarcastically that he supposed things were just great there. I replied that they are, we have a sensible president, how was his country doing?

Once, Scaramucci would have rushed to the defense of his former employer, but in the two years since he was fired by President Donald Trump he’s done a 180.

He mumbled in reply that America was “working on” getting a good president too.

Later, in his talk at the Texas Tribune Festival, the Mooch explained his epiphany about Trump. It was when supporters of the president at one of his rallies chanted “Send her back!” about a Somali-born member of Congress. This hurt, the Mooch said, because his own grandmother had experienced anti-Italian sentiment when she first arrived in America.

But to a lot of Democrats, Scaramucci jumped ship – or rather was made to walk the plank – too late. If he hadn’t been fired, would he be at the forefront of the “resistance” now, one might ask.

How did he ignore the many Trump scandals for years only to see the light with the racist rally chant?

It was a point made by another speaker at the Tribune Festival, Democratic presidential candidate Pete Buttigieg. “One day every Republican will find a way to pretend they were fighting President Trump all along,” he said.

The Mooch says he regrets his poor judgment. Asked by the interviewer from BuzzFeed News how he “dealt with all the lying,” Scaramucci replied: “You start to normalize it.”

He said he also didn’t think Trump was going to win – and he adds, neither did Trump.

“At the end of the day he has very, very low self-esteem,” the former Goldman Sachs banker from Long Island explained.

Though he was drawn to Trump because he thought he was the only person speaking for blue-collar Americans like his father, Scaramucci is full of vitriol now.

“He may not have early stage dementia, but he definitely has early stage fascism,” he said to roars of laughter from the crowd.

From his nickname to his slicked hair, New York accent and Mob-like phrases, the Mooch has always been a character. While liberals despised him in his White House role, a lot of them also couldn’t take him too seriously. 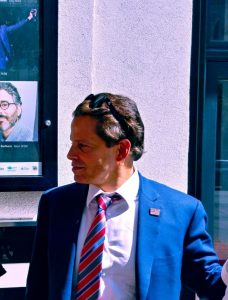 He’s been portrayed on “Saturday Night Live” and other television comedy shows and even has a joke unit of time named after him – “The Scaramucci” – for the 11 days he spent as White House communications director.

In fact, people see him exactly the way they saw Trump in 2015: a brash New Yorker who says bizarre things and gets into fights on Twitter: a kind of reality TV star. He even refers to himself as “the Mooch.”

Given that, perhaps he’s not so benign and ridiculous after all.