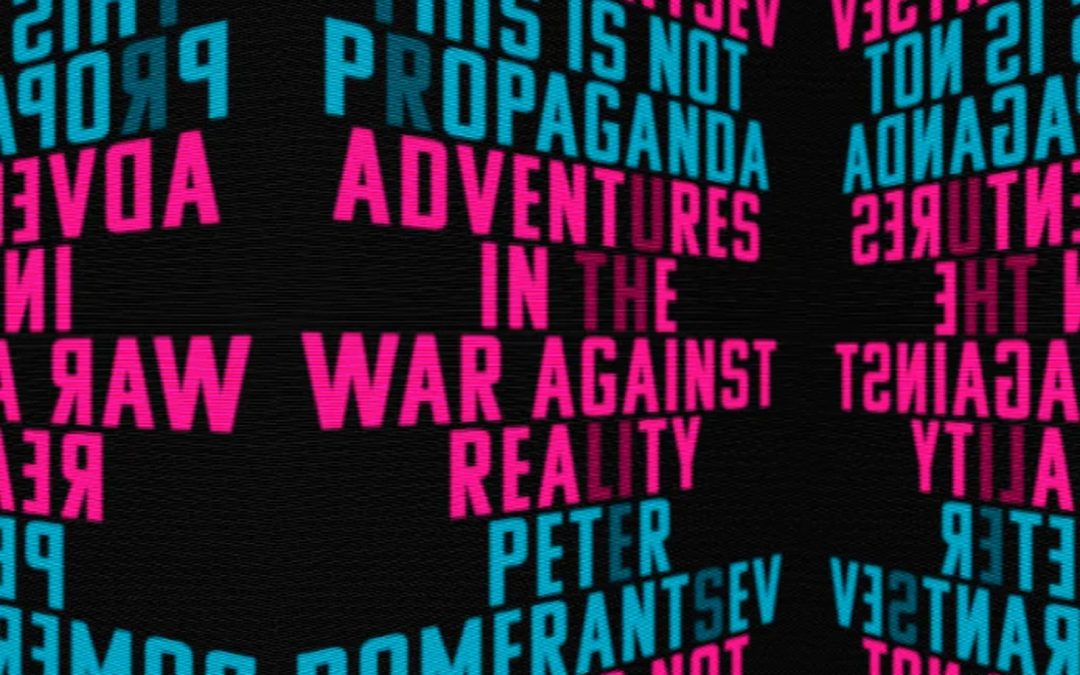 How reality has become a subjective affair worldwide.

When in 2014, Peter Pomerantsev, a British journalist born in the Soviet Union, published his acclaimed book “Nothing Is True and Everything Is Possible,” Russia was very much of an exotic country, with no rules and no certainty in tomorrow.

Pomerantsev knew it well. In the 2000s, he spent almost a decade in Moscow working as a TV producer, making documentaries and reality shows.

Eventually, he returned to London, because, he explains, he wanted to live in a world where “words have meaning.”

Pomerantsev’s recent “This is not propaganda” shows how naive he was. “Suddenly the Russia I had known seemed all around me,” he writes. 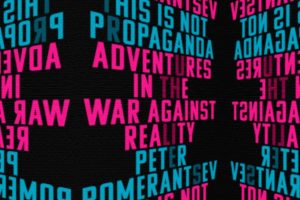 “This is not propaganda” by Peter Pomerantsev

Presented by the author in Washington, D.C., last week, the book describes new forms of media manipulation not only in Russia, but in Beijing and London too. Pomerantsev uses “a radical relativism that implies truth is unknowable” to describe Brexit and Trump’s politics. In this “ersatz reality,” he writes, the sense that everything under one’s feet is constantly moving, inherently unstable, liquid.

Indeed, Russia is closer than you think. Do Trump’s vow to make America great again or Brexiteers’ refrain to “take back control” remind you of anything? Well, I already heard it many years ago. It is Putin’s promise to “bring Russia off its knees.”

Being raised in Belarus and surrounded by local pro-government and Russian propaganda, conspiracy theories and alternative “truther” interpretations of the world’s events are all well-known to me. As a child, I watched stories about “gay dictatorships” in Europe and NATO that is about to attack Russia.

Facts and truth became altogether irrelevant in both countries. Increasingly, other countries seem to be joining the club.

A few examples. As I am currently travelling across the United States, it is hard to get away from all the bizarre things that the American president says.

For instance, during his July 4 address to the nation, he declared there were airports during the Revolutionary War, and that the Colonial armies had bravely taken away control of them from the Brits. And many other, less so-absurd-it’s-almost funny moments, such as when Trump called Mexicans rapists.

The job market for fact-checkers should be thriving. PolitiFact neatly counted that 70% of Trump’s claims during the campaign were false. Of course, people in power have long lied. But in Trump’s case, it is even more unique.

And he is not alone. Members of Poland’s government spread the Smolensk conspiracy theory, in which a previous president, who died in a plane crash, was assassinated in a nefarious plot. Hungarian leader Viktor Orban eagerly explains who is behind a secret plan to flood Europe with immigrants: George Soros, the billionaire philanthropist.

The takeaway is not that politicians are so ignorant, it’s that no one seems to care much anymore. Vladimir Nabokov once wrote that reality is one of the few words that means nothing without quotation marks. The collapse of reality is not just a Russian phenomenon; it went global.