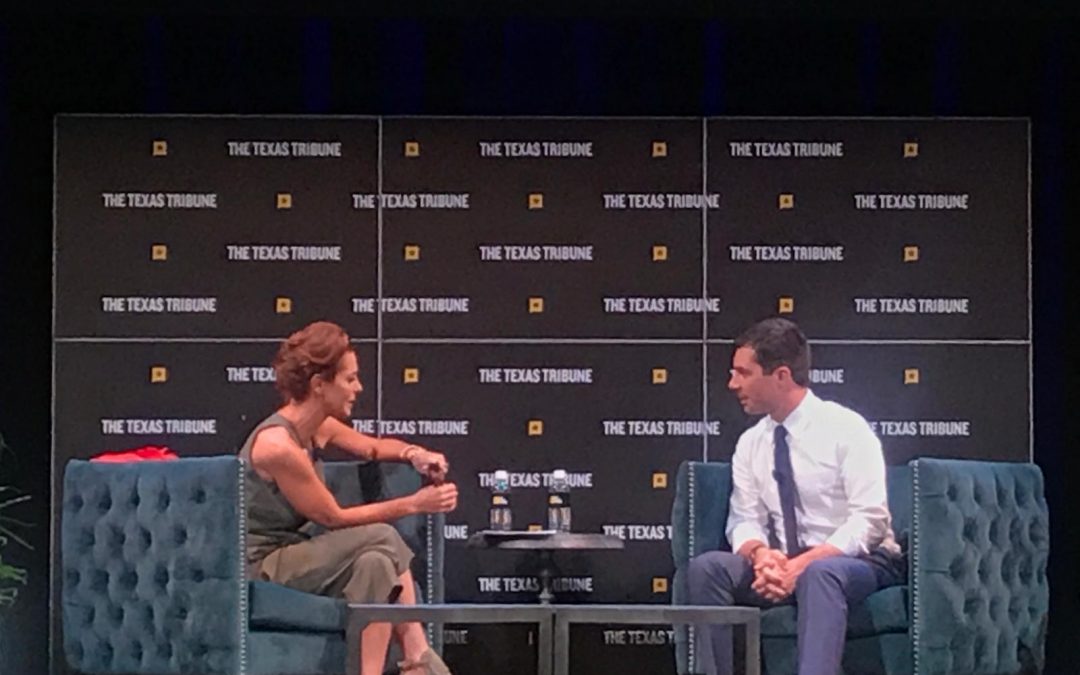 When a little-known politician named Barack Obama first announced he was running for president I didn’t think he stood a chance.

“Sadly, Americans will never vote for a black president,” I told my friends. I hadn’t spent any real time in the United States back then and when Obama did win, I was euphoric and remember chastising myself for underestimating the American public.

If you’d asked me a couple of years ago whether a gay man could run for the presidential nomination, though, I probably would have said once again that Americans wouldn’t go for it. Again, wrong.

Pete Buttigieg is campaigning for the Democratic nomination – the first time an openly gay man with a husband has run. And although polls show he is unlikely to get the nomination, just the fact of his contesting it is a sign of progress in a country that not too long ago was viciously debating gay marriage and transgender bathrooms.

A lot of us outside America think of it in clichés: God and guns, anti-gay, pro-life, fast food etc. And of course, these clichés exist for a reason. But as we travel the United States it becomes ever clearer it is not a monolith. The same country that voted for an Obama can vote for a Trump – including some of the very same people!

Some evangelicals and right-wingers might still malign gay people, members of the LGBTQI community continue to face threats, cases over wedding cakes still go to the courts, and conversion therapy camps exist.

But television ads now show gay couples, and although there have been TV series with offbeat gay characters for a while, shows like “Modern Family” are bringing married gay men and their children into the living rooms of millions of Americans. And, of course, gay marriage is now enshrined in law. Most Americans seem to have taken a “live and let live” attitude to an issue that was once so polarizing. 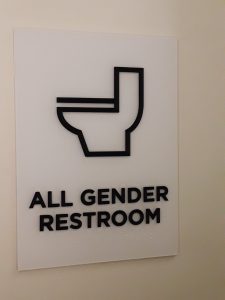 An all gender bathroom at a bar in Minneapolis.

And while some countries in Europe have elected gay leaders, for example a lesbian prime minister in Iceland and a gay head of state in Ireland, in large parts of the world it would still be unthinkable to many. The fact of Buttigieg’s candidacy shows American democracy is still strong.

The theater where I saw Mayor Pete (as he’s known) speak was packed, and there were lines outside of people scrambling to get in. In Texas no less! (Although of course Austin is one of the anomalies.)

Men and women of all ages and races applauded the young mayor and ex-Naval officer from Indiana as he spoke with extreme self-possession, intelligence and a humor that at times reminded me of Obama.

Despite his “outsider status,” Buttigieg also espouses some values more commonly associated with conservatives. Unlike Elizabeth Warren and Bernie Sanders, he is not far left and treads carefully – perhaps because as only the second openly gay nominee, he has to.

He regularly quotes the Bible and talks about his Christian faith, and served on tour in Afghanistan.

Buttigieg pulls no punches on Trump though and he is behind the move to impeach, saying: “It’s just one of those moments where it’s clear in the name of the republic what the right thing to do is.”

Asked about Trump’s attacks on him (for example, the president recently said he couldn’t imagine Buttigieg negotiating with China’s President Xi Jinping,) the 37-year-old quipped: “I’m comfortable dealing with bullies. I’m gay and grew up in Indiana.”