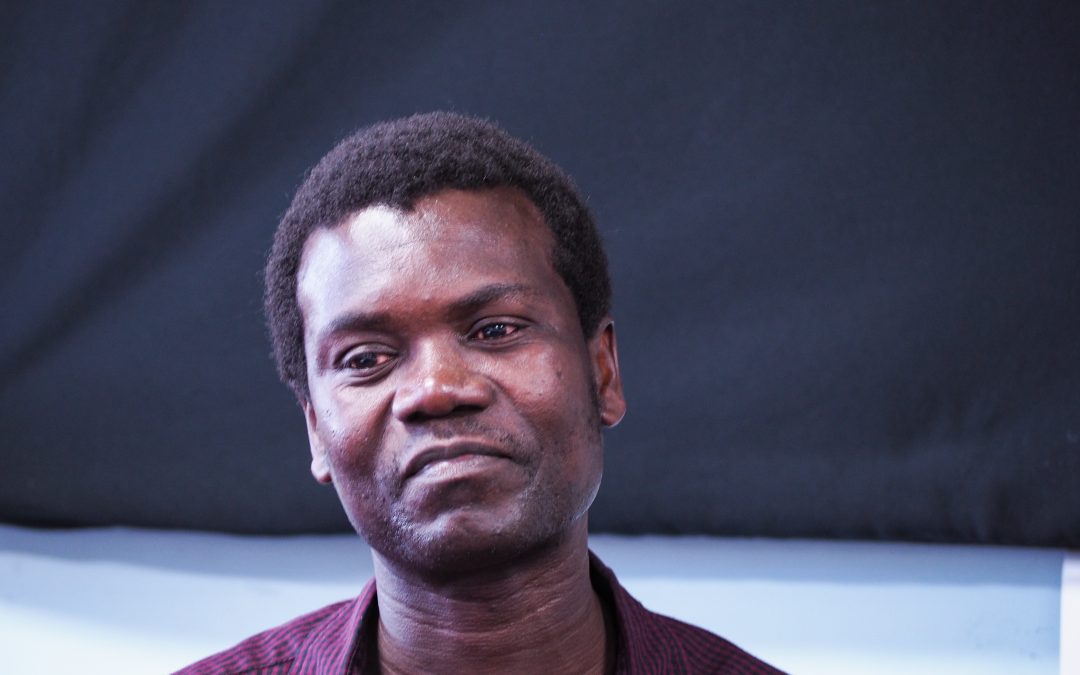 Three months ago, William came to the United States after a years-long journey from South Sudan, a country immersed since 2013 in a civil war that has already killed 382,000 people, according to the Council on Foreign Relations.

He says he is “a little older than 30,” and the imprecision has its reasons: William never knew his parents and was raised until age 17 as a slave.

Asked about his struggles, he cries, but soon calms down and insists on continuing the interview: “I want to pass on my message.”

During his teenage years, William started attending a church where a family helped him to be freed from slavery and get new documents. 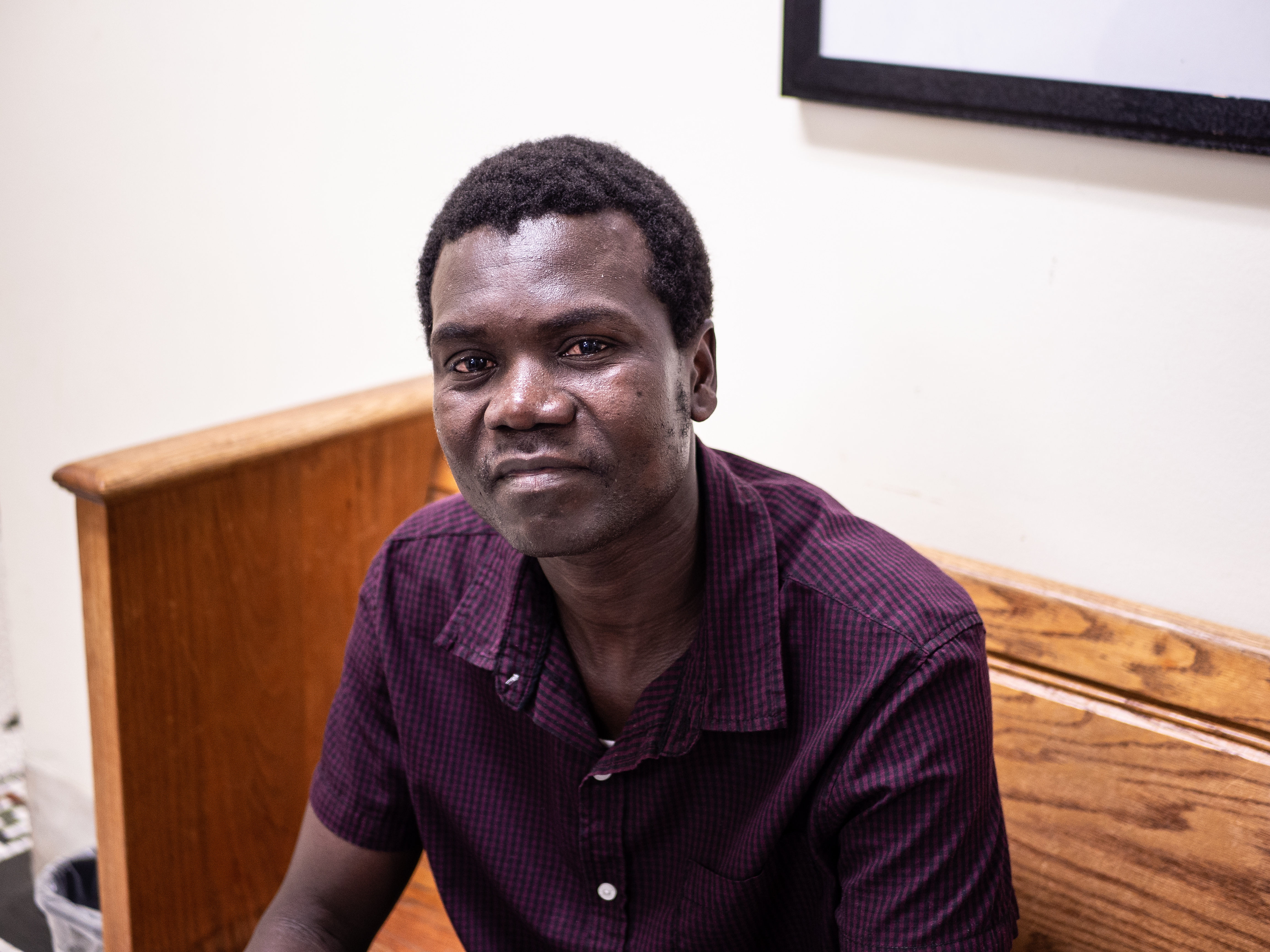 Around 2005, he moved to Syria. In 2011, however, war erupted in that country – non-government organizations such as the British-based Syrian Observatory for Human Rights estimate the conflict has since killed almost 600,000.

William immigrated again in 2013, this time to Lebanon, where the United Nations registered him as a refugee. After five years in that country, he was able to come to the United States with his wife, “a very special woman” he met in Lebanon. Their daughter is now 2 years old.

Why the USA? Freedom. “I wanted to raise my girl where she would not be enslaved, as I was,” he says in Arabic, sporting a smile that seems to mix gratitude and relief.

The family became clients of the Chicago office of World Relief, a Baltimore-based organization that is one of nine NGOs in the country that receive refugees referred by the U.S. State Department and help them in their first steps: language, documents, homes, jobs and connections to communities.

William already has a job  – contractors often contact World Relief Chicago  seeking to employ refugees because of their reputation for hard work – and, in his free time, studies English.

Unfortunately, stories like his are becoming less and less frequent, as World Relief is passing through rough times since Donald Trump became president.

In 2016, the United States had a ceiling of 110,000 proposed refugee admissions and accepted about 85,000 refugees for resettlement. World Relief’s 25 U.S. offices nationwide helped about 10 percent of that total.

That year the government referred 424 refugees to the Chicago office for resettlement. In 2017, that number dropped to 185. In 2018, only 35 people were assigned.

“Ours is a local manifestation of a national trend”, says Christy Hillebrand, director of refugee resettlement in World Relief’s office in Chicago.

Delivering on his campaign promise, Trump recently cut the nation’s refugee ceiling to 45,000, a new low. And even that cap will hardly be met in 2018, as new demands have been imposed for incoming refugees, like proving 10 years of stable residence and providing contacts to relatives.

These new conditions, says Hillebrand, seems to have been designed to make attendance impossible, as refugees often come from disrupted backgrounds.

“Trump follows a long tradition in the USA of passing laws demonizing immigrants”, says Rob Paral, an expert at the Chicago Council on Global Affairs. Chicago is in Illinois, a state with 1.8 million immigrants in its population of 12.9 million.

He mentioned, as an example, the 19th-century hatred of Japanese newcomers and added: “Human innate fear of competition makes it easy to demagogue these issues.”

For World Relief, the losses are both economic and humanitarian. With its budget linked to the number of clients, the NGO had to close five of its 25 offices in the country in 2017.

Dozens of jobs were lost – ironically, mainly of American citizens whom Trump has vowed to protect. 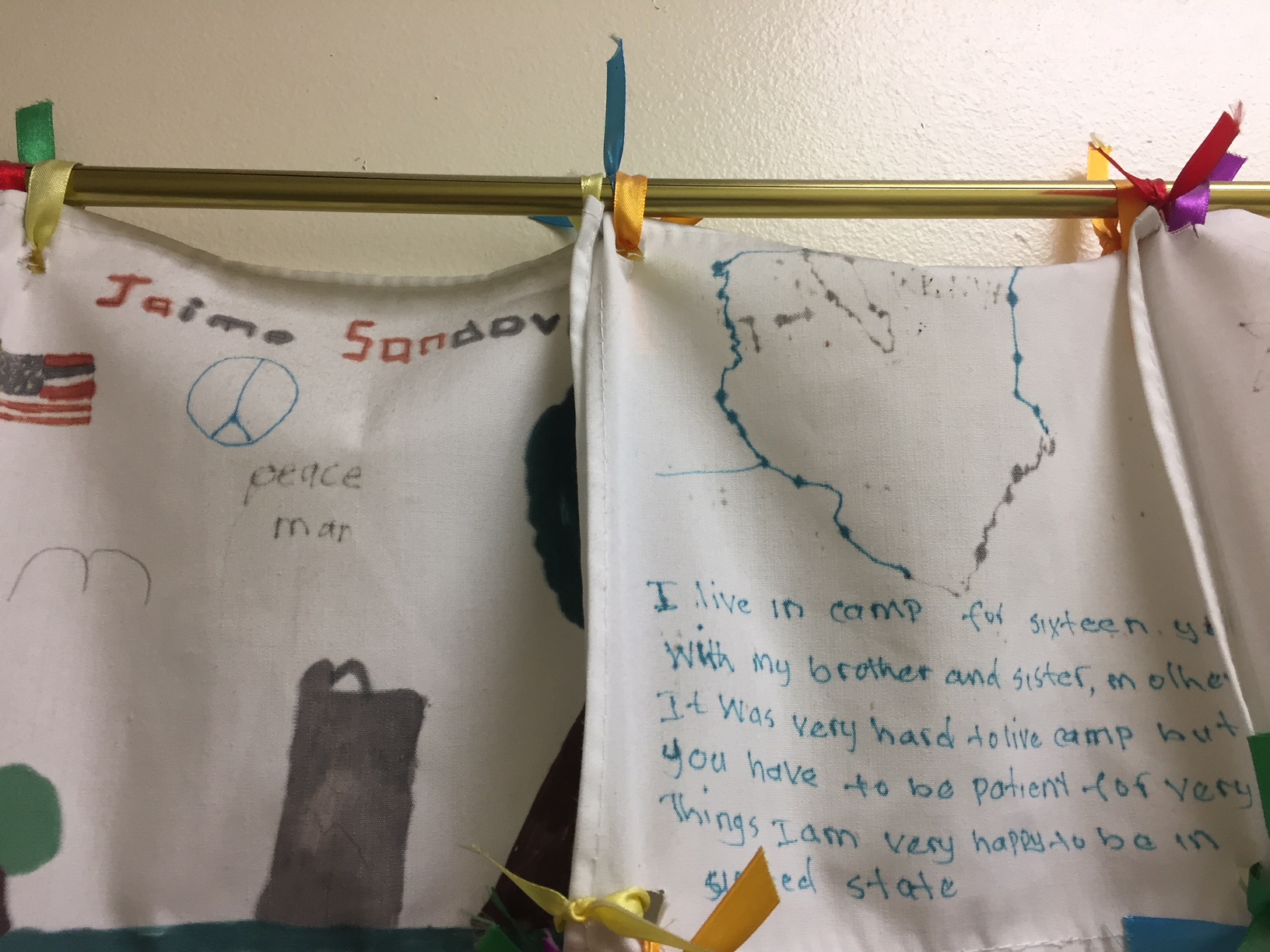 “I live in camp for 16 years with my brother and sister, mother it was very hard to live in camp, but you have to be patient for very things. I am very happy to be in United States.” 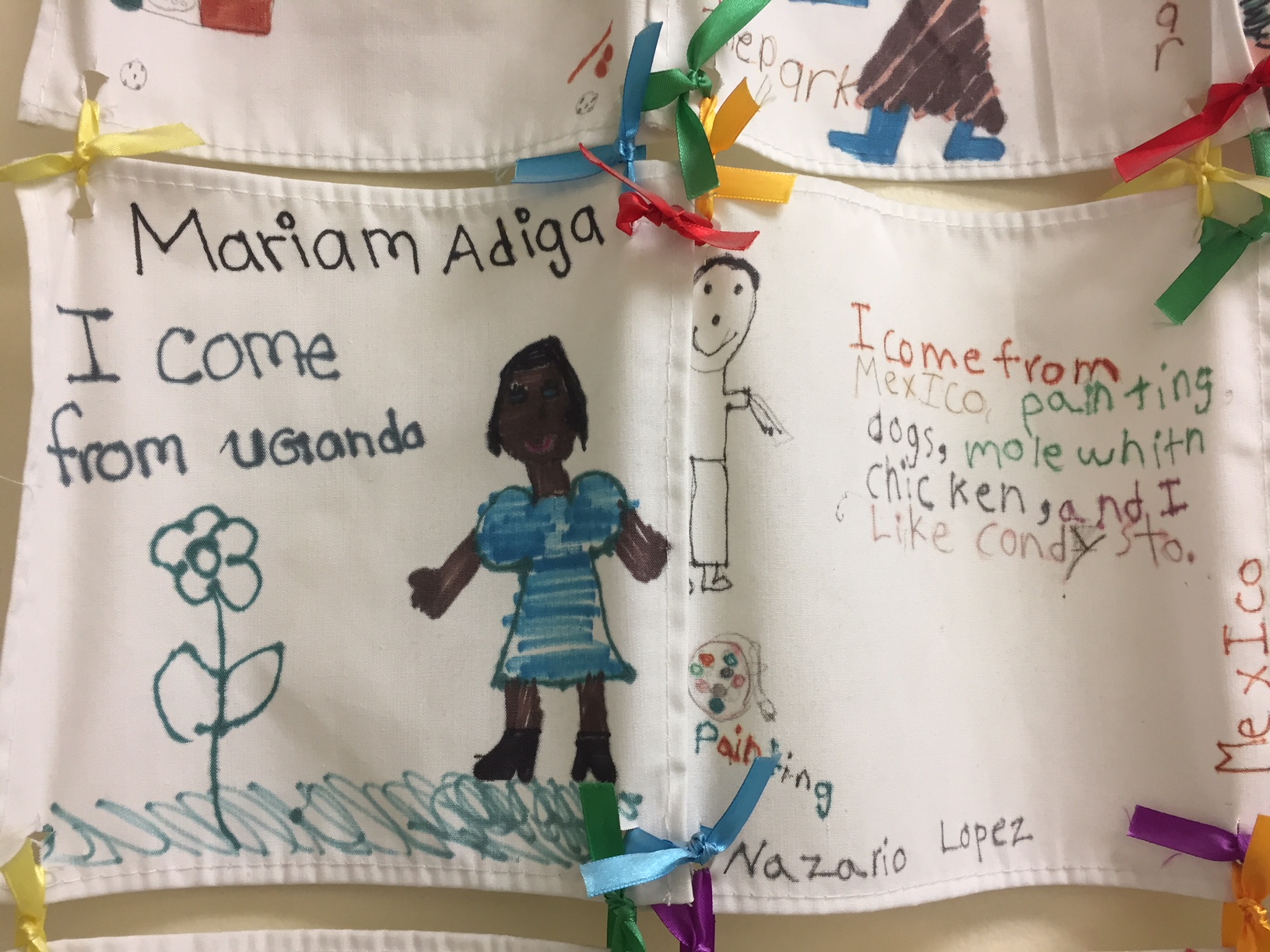 “I come from Uganda.”

“I come from Mexico painting dogs, male white chicken, and I like candy.” 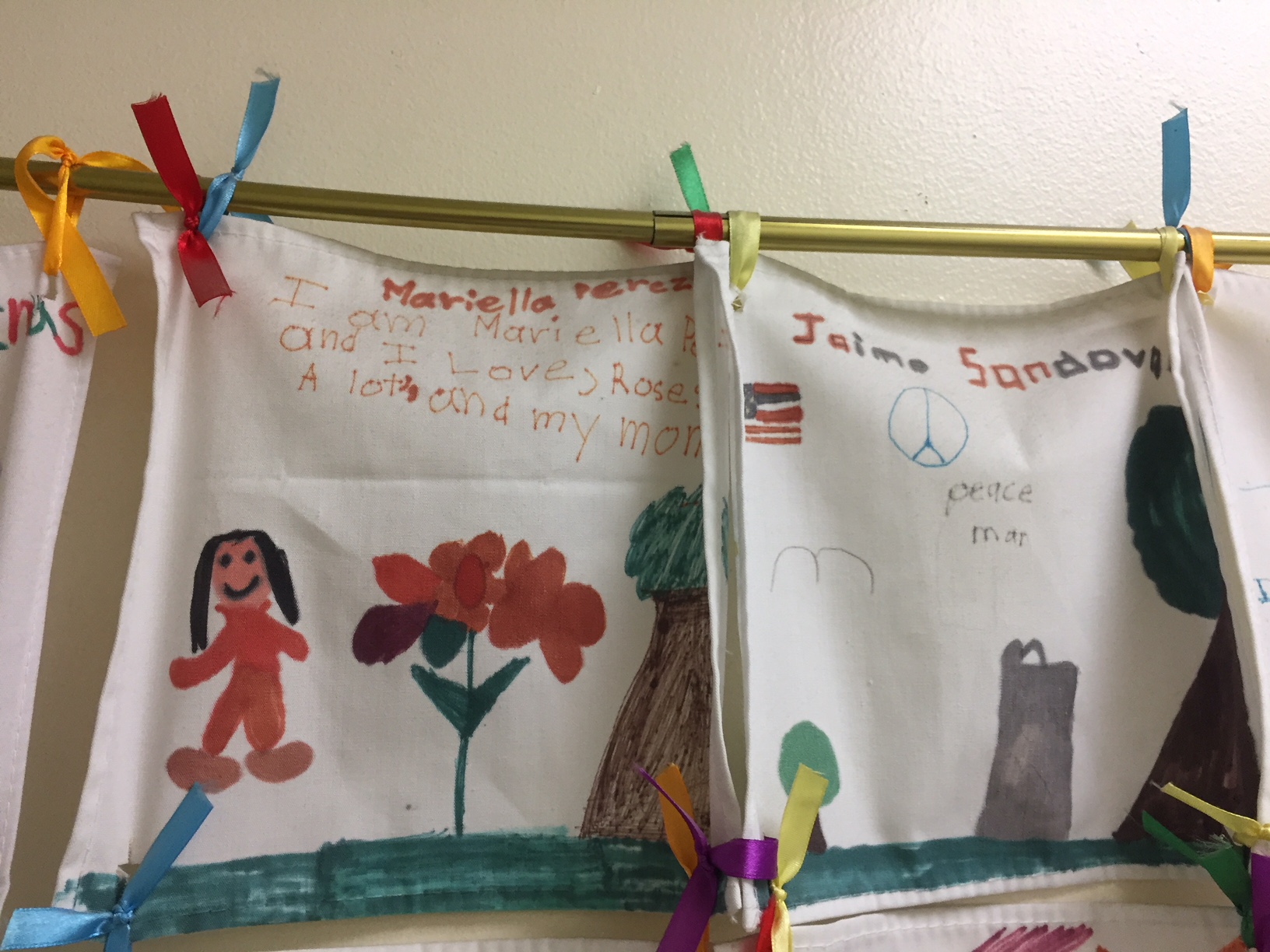 “I am Mariella and I love roses a lot and my mom.” 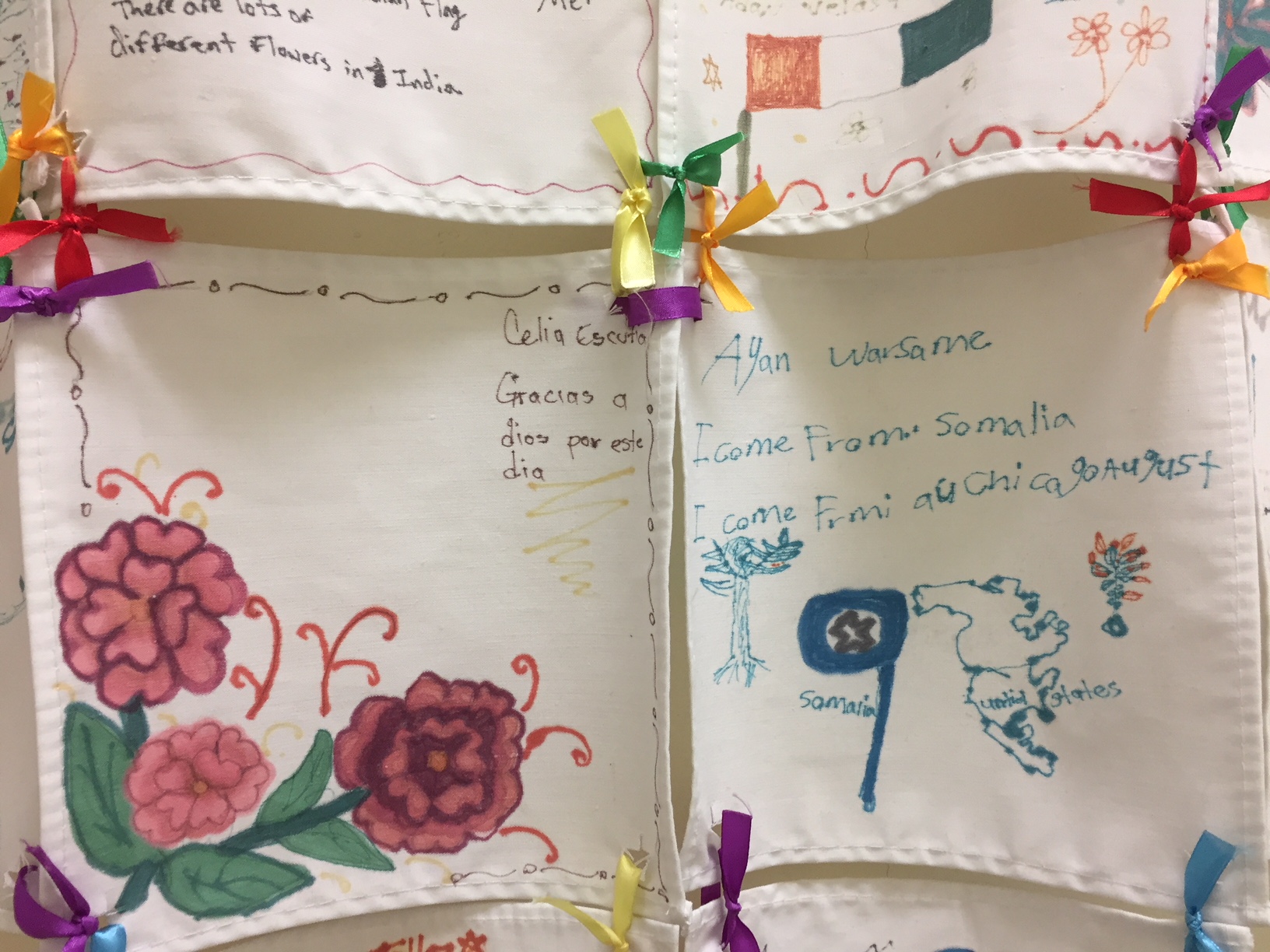 “I come from Somalia I come to Chicago 9 August.”