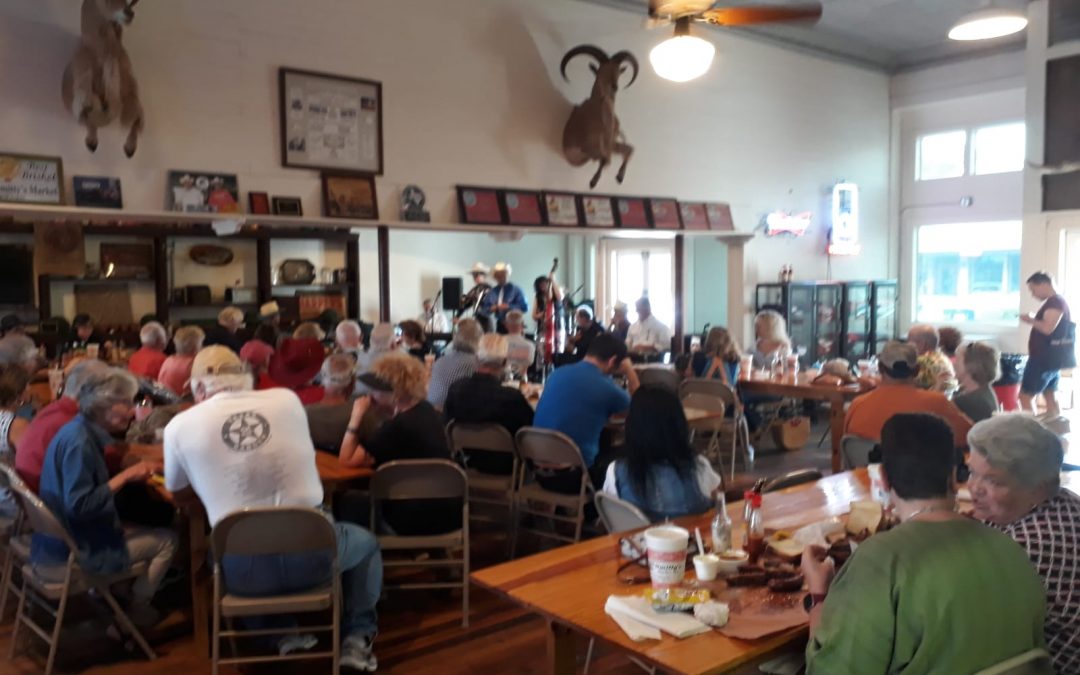 No love lost for the “mainstream media”

David Taylor is fed up with the mainstream media.

The 53-year-old Texan with long blond hair and dressed in cowboy garb lives with his pit bull and shih tzu in an old racquetball court in the town of San Marcos.

He works in “property” and is a huge fan of Donald Trump.

“He’s doing more good than any other president… he’s doing something about the wall,” he says.

He thinks the New York Times, CNN and the Washington Post are all “very biased” and gets his information from the right-wing One America News Network.

He also watches a popular pseudo-physicist and her YouTube channel about how NASA is trying to hide a planet called X from the public. He tries to tell me something about Planet X influencing our auras that I can’t quite follow.

Taylor prides himself on not being one of “the sheeple” – a term commonly used by conspiracy theorists online to describe those who believe widely accepted/proven narratives.

“The sheeple have got to be led,” he tells me disdainfully at a busy Texan BBQ joint. “If you go out and look for alternative media sources, you get the truth.”

In the nine weeks we’ve been traveling through America on this fellowship, lack of trust in the press has been an all too common refrain.

“I don’t think there’s ever been less trust in the media than there is today,” a Republican consultant in Austin, Texas, tells us, while in Washington, D.C., researchers from the Pew Research Center show us statistics that echo this sentiment.

A majority of Americans have a hard time differentiating between factual statements in media and opinion, Pew found, and about half of American adults have unknowingly shared made-up news and information.

That goes for some of those on the left too, who often believe conspiracies around health – for example, the anti-vaxxer movement – or big corporations.

The use of bots on social media has also amplified “fake news” and propaganda, cyber-security expert Renée DiResta tells me at Stanford University in California.

Any small group of people using an army of bots can achieve a critical mass of attention and get their content trending to look more powerful than they are. And they really want the mainstream media to pick them up, she says.

State actors, terrorists, domestic ideologues, mercenaries and spammers are among those who create and spread fake news on social media.

Some, DiResta says, such as  “ISIS were very happy to own their propaganda, whereas with Russia it was more subversive.”

And fake news can prove truly dangerous. In 2016 a viral conspiracy theory claiming Hillary Clinton was running a pedophilia ring at a pizza parlor in Washington led to an armed man entering the venue to try to “free the children.”

In Chicago, former journalist James Warren has set up an organization called NewsGuard which has rated some 28,000 websites in the United States on whether they are mostly factually accurate or inaccurate. You can install the program on your Web browser to see if any page you’re viewing is fake news or not.

It’s a worthy project, but things are so far gone already that I imagine people like Taylor would dismiss the effort as a tool of the elite or biased itself.

How legacy U.S. newspapers can convince people to read them instead of conspiracy sites and Twitter, and in turn contribute to an informed electorate, is the question that, to me, no one seemed quite able to answer on this trip.