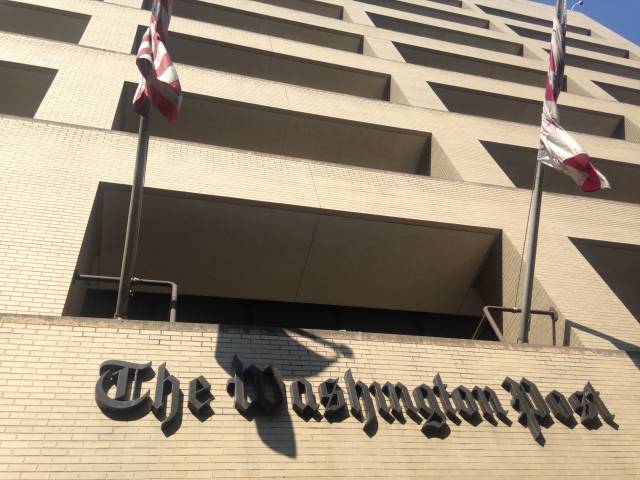 Of newsrooms and noise

The opportunities we’ve had in the last several weeks to visit some of the most fabled newsrooms in the U.S. have been both inspiring and humbling. Whether standing by the hallowed coffee machines of the New York Times after attending the morning news meeting, or making idle chit chat in the elevator at the Washington Post, I’ve been struck by how hard so many people must have worked in these newsrooms, to turn them into the living legends that they are.

And yet many of them have been unexpectedly quiet spaces (and I’m told I’m in no way unique in this observation). Perhaps it’s because I simply haven’t been in the right place at the right time; maybe these muted, almost morose places come alive at the first whiff of a breaking news story. Perhaps I have only seen these powerful beasts in elegant repose, basking in the warmth of a quiet news day.

Or perhaps the difference could lie in the nature of the beast itself? The majority of the newsrooms we’ve been welcomed into have been focused on print and online journalism, in many ways a world away from TV and radio. Maybe these aloof wordsmiths are just wired differently to us scruffy broadcast hacks? But then again, some of the TV and radio outfits we’ve visited have also been strangely still in comparison to the hurly burly of my natural habitat.

In my world of constant deadlines, I’m used to a seemingly endless morass of noise and adrenaline. Broadcast journalists are a brash bunch at best; at worst (usually with 5 sweaty, frantic minutes to air) they can become impossibly loud. There’s no such thing as a truly slow day in radio – the best we can hope for is one that doesn’t wholly chew us up and spit us out at the other end of the day.

Talk radio programming is a constant soundtrack to our raucous work; we’re always keeping an ear on what’s happening on air because that’s where some of our most powerful news stories come from. The constant buzz of the radio fuses and competes with the commanding voices of whichever TV networks we’re monitoring – usually CNN but sometimes one of the local channels as well. It takes quite some getting used to, this barrage of noise and frenzied activity, but these days I can’t imagine working any other way. I get edgy when it’s too quiet. I worry that we’re missing something or that we’ve taken our fingers off the pulse. That constant sense of connectivity has become intrinsic to the work I do.

And so, when I walk into newsrooms that feel muted to my over-stimulated senses, I start to twitch. My fingers itch to hit the “on” button on the radio or to turn up the volume on the silent, glaring TV screens. My ears strain for the sounds of a busy news machine: the rapid-fire tap of fingers on keyboards; boisterous banter punctuated by an occasional guffaw; an editor’s imperious call to order. My eyes dart around the room, looking for the familiar sight of hands waving during a heated conversation or the back of an anchor barreling down the corridor to the news booth with a minute to air.

My itchy fingers and I did feel instantly at home in two of the broadcast organisations I’ve visited. The first was a solo expedition to WTOP-FM in Washington, where my palms promptly started sweating the moment I walked in, just from the excitement of it all. It’s a rolling 24-hour news radio station that exudes energy from every pore and jockeys for the top ratings spot in the capital with 2 others of its ilk. 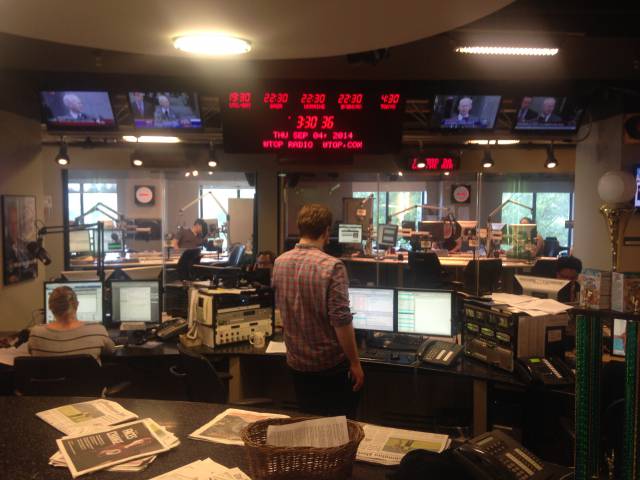 The station is dominated by what Programme Director Laurie Cantillo describes as its “glass-enclosed nerve centre”, populated mainly by the on-shift news editor, assistant editor and online editor. The few reporters who aren’t out in the field sit in tight formation behind the cluster and the entire space focuses on two on air studios, where slick hosts gallop through the news of the day.

A lot of the producing seems to happen on the fly, with programming only being finalized in the hour before it goes to air, though you’d never say it listening to the final product. I tried in vain to get my head around their operating systems and how they produce their content. It’s a very different proposition to the work I do at home. Whereas we focus on five-minute news bulletins that go out every hour (or half-hour in drive time), this remarkable team concentrates on the other 55 minutes, filling each hour with relentless, rolling news coverage, leaving the newscasts to their affiliate CBS.

Despite the obvious differences, the similarities were also striking: the people I met were all but interchangeable with my colleagues back home, with their energy and their humour and the fire in their bellies. Their treatment of news stories, and their determination to get the very latest out on air as soon as humanly possible, resonated strongly with me. On a more mundane level, the equipment was almost identical. The layout made sense to my broadcast mind. Their patterns of work and news sorts were analogous to my own.

The other place I felt instantly at home was at CNN’s imposing, impressive Atlanta headquarters. I can’t tell you much about the experience as most of what we discussed was off the record, but I don’t think the powers that be will mind if I speak briefly about the vibe in their massive operation, with its War Room and its fabled Row and its legendary studios. I immediately got the sense that here was an organization that got it. Everyone we met was switched on, engaged with the world around them and determined to make the news happen no matter what. My newsroom is a CNN affiliate and so to see the source (ha) of CNN Newsource, which my team uses on a daily basis, was also a great experience. 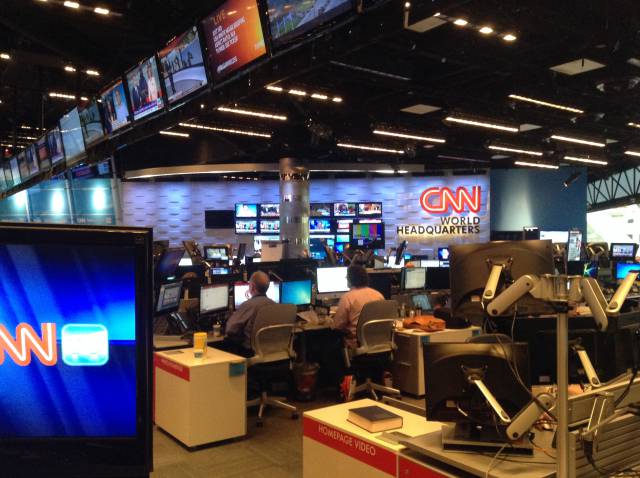 There’s something quite wonderful about finding people just like me and newsrooms just like mine (only on a much grander scale!) halfway around the world. There’s a sense of journalistic community, of sameness and solidarity that makes me feel at home. There’s a knowledge that we are all at our best when things are at their worst. That we all feed off the same adrenaline and deadlines and relentless pressure. That no matter where I find myself, there will almost always be someone to talk to. And being so far from everything that’s familiar to me right now, that’s a powerful thing to remember.